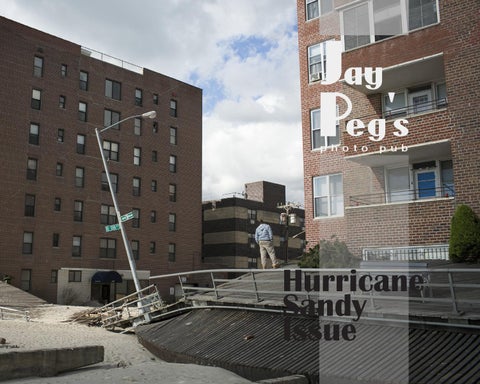 letter from the editor New York thought it was ready for another hurricane. Residents stocked up on soup, cleared their schedules, and sat down to work on Halloween costumes. It wasn’t a big deal. “Remember Irene from last year? That was big talk for a few scattered showers. All folks thought they had to do was roll up the car windows and take a nap.” Hurricane Sandy turned out to be the largest Atlantic tropical storm in recorded history. Touching down in New Jersey and battering cities along the east coast, Sandy caused unprecedented damage. Parts of New Jersey and Long Island were submerged under seven feet of water. Widespread power outages across the tri-state area left even lower Manhattan without power for almost a week. Brooklyn residents in Red Hook and Dumbo were left to pump out the water that had collected in their basements and living rooms. And in Coney Island rising waters obliterated the famed boardwalk, relocating its parts into the surrounding neighborhood and turning downtown streets into sand dunes. Nowhere was hit harder than The Rockaways. Houses were torn from foundations and fires burned down 100 homes in a matter of hours. While a large majority of the city has been able to pump out their basements and continue on with their lives, many neighborhoods still have a long way to go. Too many residents have been left without homes or the support systems they need. Red Cross and FEMA have been slow to react and have received much criticism for being inefficient and ineffective. Even the National Guard and Army provided help, but only temporarily, leaving many communities stuck managing both structural and infrastructure damage. It is clear that this is only the beginning of a long road to recovery. The photographers featured in this issue attended the International Center of Photography’s Documentary and Photojournalism program. While their training was similar, their approaches to covering the storm were vastly different. Each artist took a unique approach to documenting different elements of the storm aftermath. They grappled with the ethical difficulties of documenting people in vulnerable states, eventually deciding that it was important that the world be made aware of the extent of the damage that this storm has caused. Together, these projects provide a larger view of the storm’s aftermath. Josh Raab

gaia squarci Two weeks, and longer The subversion of natural order, even in New York City whose order is usually embraced rather than understood, unveils more truthful dynamics than what daily life does. The huge paradoxes that stand out are, to me, the most interesting part of this new transitory reality. On the same Monday afternoon entire streets were swept away by the surge In Staten Island as just a few miles away kids were playing with the wind on the Williamsburg waterfront. These paradoxes can best be illustrated through anecdotes and quotes from my personal experiences. I hope the mood and intensity of what I felt act as keys to your own perception of the storm aftermath. “He literally saved my life, he called me on the phone from that house on the corner shouting ‘get the fuck out of there, now!’ I had not seen it coming.” When everything is dark, TV crews cast impressive lights on the faces of the speakers in front of mountains of debris, which residents see as mountains of memories, symbols, time and frustration, often too painful to look at. “No, I won’t open the door, cause I’m exhausted and I don’t trust anyone. ‘But Miss, are you alone? It’s night, it’s dark, a lot of people left and apartments are empty. Do me a favor, get out of this building, it’s for your own good.” There’s the smell of pee and dirt in the project building, but if you wake up at 4.00 am at the 12th floor of a pitch black building without heating nor water, and you have to pee, do you really go down to the portable bathrooms outside? Maybe. “Are you from the news? Photograph as much as you can, please.” “Hey, do you know this beach is private property?” Cars stop respectfully to let pedestrians pass in the dark night of Manhattan, while people smoke weed and drink freely in the black streets. “We stayed because we had left for Irene, but then we noticed that if we had stayed we could save a lot of money, pumping the water out the moment it came in. This time it was up to my son’s chest. It was a nightmare.” Too many clothes donated to be worn, too much food to be eaten, but people don’t know where to live after a few weeks in a shelter. What are you doing tomorrow? I’ll get gas.

johnny milano We spent 23 years building that house. It was a surreal experience to come home and see my shit floating in the backyard; to have puddles scattered throughout my kitchen and living room; to see mud lining the walls. The past few weeks have been muddled together. My time has been devoted to trying to shield my discomfort from my family or immerse myself in it. I am not entirely sure which. However, despite the extensive damage, we are lucky. The destruction and chaos caused by Sandy, brought with it a slew of new issues. Insurance companies are faced with incredible damage costs that are still growing. One of the heavy hitting issues for local residents is the exuberant flood insurance rates that homeowners with mortgages are REQUIRED to pay. In 2009 FEMA remapped their flood zones on Long Island, expanding them considerably. Houses that are now in the highest flood zones are forced to pay these new rates and ha ve suffered a decrease in property values, even though they have never been flooded before (and have in many cases stayed completely dry during Sandy). Despite my parents living on the water we had no mortgage, so flood insurance was not required. We were unable to afford the flood insurance rates and have never had any flooding inside of our house, until Sandy. With hurricane deductibles reaching tens of thousands of dollars for most people, and insurance payouts that are not nearly enough to rebuild a completely destroyed house, many homeowners are forced to pay out of pocket for their reconstruction, while others sit and wonder: â&amp;#x20AC;&amp;#x153;Does it even pay to rebuild?â&amp;#x20AC;?

cassie giraldo Beginning November 1st, just a few days after the storm had settled and its damage was gradually being surveyed, I spent four full days in the Far Rockaways. There was plenty of media coverage after the storm documenting the initial recovery efforts. And yet, as victims poured their heart out to me without any reserve or resentment, it became clear that the people of the Far Rockaways were being neglected. “Bloomberg doesn’t care about us,” a desperate mother would yell. “Welcome to the Rockaways,” a man said sarcastically while waiting in line for toilet paper at a bodega in the pitch black of night. These images demonstrate the dark and desperate atmosphere of the “forgotten” section of the peninsula. In the days directly following the storm, organizations such as the Red Cross, FEMA, and Homeland Security were nowhere to be seen. If not for the countless Occupy Sandy volunteers and good-willed neighbors who came without agenda, the sights and sounds of a devastated peninsula would have appeared far more dystopian than they already were.

josh raab Over 100 years ago, Red Hook-local favorite Sunny’s Bar opened its doors. It wasn’t exactly the swinging saloon doors of the Wild West, but it was close. Bar tabs were kept on good faith and dinner was served every Friday night. Since then, it has grown into a cornerstone of the local community, all the while remaining true to its roots, opening only two nights a week for good times and live music. When Sandy hit, it hit Sunny’s hard, submerging the bar in eight feet of water. Dozens of regulars came from all over the country to help put Sunny’s back together. For a week they emptied out the waterlogged contents from the basement and swept debris created by the flooding. Their efforts and willingness to help highlighted not only the importance of the bar but also the storm’s ability to bring out the best of people. Their actions have shown that Sunny’s is not just a bar but a vessel for a larger community. One that the people of Red Hook could not do without.

daniel tepper I was stuck in California when Sandy crashed into the East Coast. After shooting a friend’s wedding in Long Beach, my flight back to New York was cancelled, one amongst thousands of others that week. I watched with detached awe and disbelief as the storm wrecked havoc and brought my city to its knees. By the time I returned, a few days after the storm, the subways were still knocked out and the power hadn’t come back on in lower Manhattan. Now three weeks later most of the city has recovered but the seaside areas affected most by the storm are still reeling. Many living in public housing and beachfront neighborhoods continue to struggle to get food and stay warm, thousands remain without power. The scope of the destruction is hard to comprehend; in my neighborhood life goes on as if nothing had ever happened, while in the most storm-­‐ ravaged areas people have lost everything. The city is moving to demolish hundreds of homes deemed unsafe and for many communities, rebuilding is not an option. The effects of this disaster are far-­‐reaching and will continue on long after the story of Sandy has fallen from the interest of the news cycle. 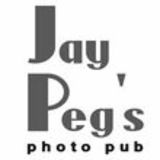