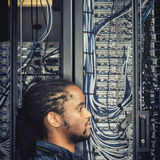 Jason Mars’ work is at the intersection of science, technology, and creativity. Jason’s mission to have meaningful impact in the lives of every human is demonstrated by a long list of intellectual and technical contributions. Jason is a professor of computer science at the University of Michigan where he directs Clarity Lab, one of the best places in the world to be trained in topics spanning artificial intelligence, large scale computing, and programming languages. Among numerous contributions, his lab pioneered award winning work on Sirius (aka Lucida) the world’s first open source sophisticated virtual assistant that simultaneously hears, sees, and understands. Jason Mars also founded Clinc, a record breaking cutting-edge A.I. company based in Ann Arbor Michigan where he lead the development of the world’s most advanced conversational AI.