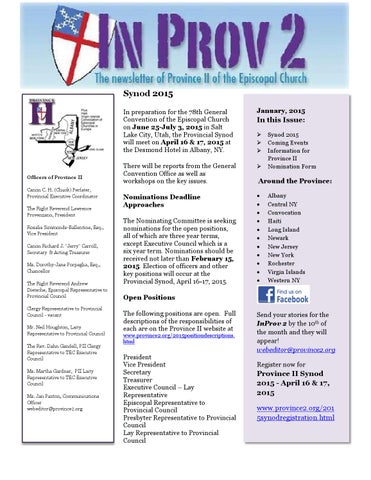 There will be reports from the General Convention Office as well as workshops on the key issues.

The Nominating Committee is seeking nominations for the open positions, all of which are three year terms, except Executive Council which is a six year term. Nominations should be received not later than February 15, 2015. Election of officers and other key positions will occur at the Provincial Synod, April 16-17, 2015.

In this Issue:   

Open Positions The following positions are open. Full descriptions of the responsibilities of each are on the Province II website at www.province2.org/2015positiondescriptions. html

Send your stories for the InProv 2 by the 10th of the month and they will appear! webeditor@province2.org Register now for 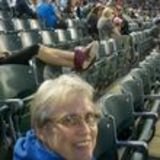 Newsletter of Province II of the Episcopal Church Synod 2015 edition

Newsletter of Province II of the Episcopal Church Synod 2015 edition