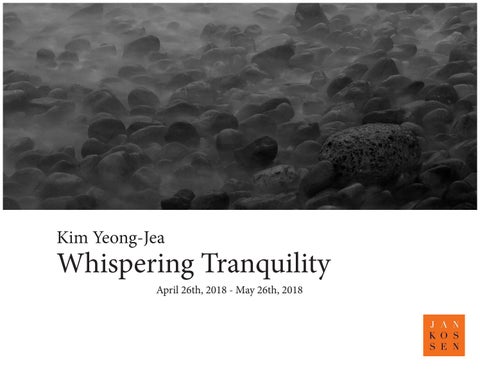 Unlike Hiroshi Sugimoto who dignifies the sea as an integrate, transcendental being through a distant, primitive eye, Kim YeongJea roams at the interface of evolving humanity and eternal nature. At the age of sixty-seven, Kim left home and traveled over a hundred times on the seventh national highway along the east coast of South Korea. Through the camera, Kim turns the seashore into an intimate shrine where he meditates tranquility by compressing numerous busy, ephemeral life moments into one large format image. Tides smooth sharp edges of stones; waves crash on reefs. The seashore seems often associated with tension. However, by applying longexposure technique, Kim Yeong-Jea transforms the dynamic sea waves into airy, pervading flows. Layers of overlapping moments resemble the accumulation of memory, which eventually reach a calm, introspective status. The sea is no longer a powerful, solemn alien indifferent to human beings, but an embodiment of mind. In Kim’s works, the sea became a metaphor of spiritual placidity which gradually emerges out of endless, energetic flows. Every single struggle adds weight and meaning to one’s life and leads the person to approach inner peace. Kim Yeong-Jea. Typhoon, 2013. Edition 1/3, photograph on Hahnamühle paper, 91 x 32 inches. Kim’s seascape is an extending tunnel to a world where one could share the quiet, slow spiritual progress with the artist. The boundary between the sea and sky in Kim’s works is gently blurred and blended through over-exposure. The depth of field is flattened, which brings the primary focus to the repetitive geometric forms of fishery and reefs in the foreground. The subtle variation of lines and blocks triggers lively whispers in the environment, gradually soothing viewers’ mind. As going further to the vanish point, one immerses him or herself into the misty, vast negative space of the flowing sea and empty sky. In this melting, serene visual journey, one may start wondering like Kim YeongJea did before: are our memory and life experience becoming hazy or sublimating into something else like the serene nature?

ABOUT KIM YEONG-JEA With thirty-seven-year experience in mastering camera, Kim Yeong-Jea has been experimenting with landscape photography. Kim began his fine art photography practices in the 1990s. His works have been included in major Korean and international exhibitions, such as Jangteo Photo Show at Sejong Center, International Photo Festival in Seoul, South Korea, and the 57th Venice Biennale. Kim is a member of The Photo Artist Society of Korea. He currently lives and works near Seoul, South Korea.

JanKossen Contemporary, founded in 2009 by Dr Jasmin Kossenjans, is an international dealer of contemporary art representing artists working across disciplines. Its principal focus is the representation of an international group of contemporary artists whose diverse practices include painting, drawing, sculpture, video, large scale installation, and performance. Aside from its represented artists, the gallery collaborates directly on exhibitions and projects with other artists and guest curators. The gallery is committed to presenting its artistsâ&#x20AC;&#x2122; work in an international context and to firmly establishing their contributions to the cannon of art history. Gallery artists are in the collections of, and have been part of exhibitions at, many museums around the world. Their works have been widely published as artist monographs, in art journals, and among critical theory texts. The gallery operate in Basel, Switzerland, New York, NY; and will open a new exhibition space in Hong Kong in 2019.

Delsbergerallee61 CH 4057Basel, By appointment only

IMPRESSUM CONCEPT, EDITING, AND REALIZATION Jasmin Kossenjans DESIGN Robert Panichpakdee PHOTOGRAPHY JanKossen Contemporary TEXT Yilin Yang No part of this book may be reproduced, stored in a retrieval system or transmitted in any form, or by no means, electronic, mechanical, photo-copying, recording or otherwise, without prior permission of the publisher. 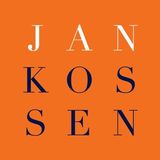 Unlike Hiroshi Sugimoto who dignifies the sea as an integrate, transcendental being through a distant, primitive eye, Kim Yeong-Jea roams at...

Unlike Hiroshi Sugimoto who dignifies the sea as an integrate, transcendental being through a distant, primitive eye, Kim Yeong-Jea roams at...