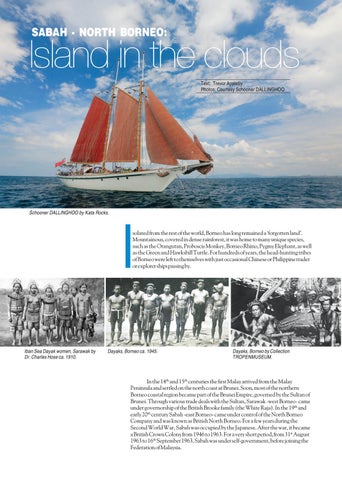 solated from the rest of the world, Borneo has long remained a â&#x20AC;&#x2DC;forgotten landâ&#x20AC;&#x2122;. Mountainous, covered in dense rainforest, it was home to many unique species, such as the Orangutan, Proboscis Monkey, Borneo Rhino, Pygmy Elephant, as well as the Green and Hawksbill Turtle. For hundreds of years, the head-hunting tribes of Borneo were left to themselves with just occasional Chinese or Philippine trader or explorer ships passing by.

In the 14th and 15th centuries the first Malay arrived from the Malay Peninsula and settled on the north coast at Brunei. Soon, most of the northern Borneo coastal region became part of the Brunei Empire, governed by the Sultan of Brunei. Through various trade deals with the Sultan, Sarawak -west Borneo- came under governorship of the British Brooke family (the White Raja). In the 19th and early 20th century Sabah -east Borneo- came under control of the North Borneo Company and was known as British North Borneo. For a few years during the Second World War, Sabah was occupied by the Japanese. After the war, it became a British Crown Colony from 1946 to 1963. For a very short period, from 31st August 1963 to 16th September 1963, Sabah was under self-government, before joining the Federation of Malaysia. 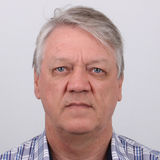