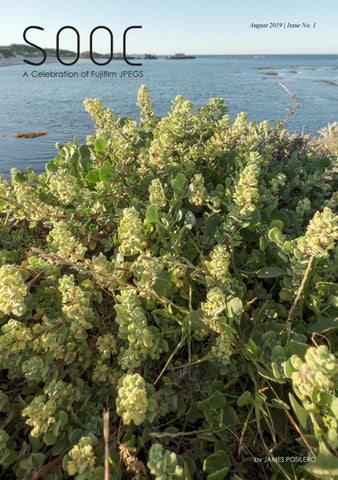 A Celebration of Fujifilm JPEGS

Foreword Welcome to the first issue of SOOC, A Celebration of Fujifilm JPEGS. What is SOOC? Not too long ago, I purchased a Pentax K1000 film camera to try something different from my usual digital workflow. I wanted something to learn and hopfeully complement my landscape portfolio work. Instantly I was hooked! I loved the fully-manual way of shooting and best of all, there is no chimping. You frame, you meter for the light, you expose and you move to the next image. Fuss-free and liberating but at the same time exciting because you don’t know what you have until the film is developed. I loved the images as much as I loved the shooting experience but I quickly realized shooting film can get expensive very quickly unless you develop and scan your own film, something I was not prepared to learn as I found it more convenient to go to my local lab. So what now? While I am still using film sparingly, I have now customised my Fujifilm X-T3 which I mainly use for my landscape work to mimic the look and feel of film to photograph everyday scenes and subjects. I use the X-T3 as I use the K1000 and try to frame and expose correctly in the first instance. This is where SOOC comes in. SOOC was born of necessity, a conduit through which I can share my images straight out of the camera without any post-processing work. What I have taken is what I will share and through this journey I am hoping to grow further as a photographer, inspire others to embrace the idea and hopefully meet people along the way. The first of those people is photographer Ritchie Roesch who is the first issue’s featured photographer of the month and rightfully so. Ritchie’s Fujifilm film recipes are now a staple for me. You can read more about Ritchie and see his work in the feature section of this e-magazine. If you would like to be featured in future issues please email me on james.posilero@gmail.com. I would love to share your work. The only catch, the images should be SOOC. Do you accept the challenge? If you are interested in my portfolio landscape work, you can visit www.jamesposilero.com. Thank you and happy shooting!

Featured Photographer of the Month

Ritchie Roesch is a hobbyist photographer who lives near Salt Lake City, Utah, in the United States of America. His photography endeavor began in 1998, during the summer between high school and college, when he travelled with some friends to Vermont and New Hampshire. Ritchie borrowed his dad’s 35mm Sears SLR, and, upon returning from the trip and receiving the film back from the lab, he realized that he was clueless with a camera. Most of his pictures were terrible (at least according to him), many of which were incorrectly exposed and poorly composed. Determined to learn how to capture a decent picture, Ritchie enrolled in Photography 101 that autumn. He learned photography from June Van Cleef, studying the art of capturing, developing and printing, which would ignite his love for the camera. Although digital photography swept fiercely across the photographic community, Ritchie held out, sticking with film until about ten years ago. Even after buying his first DSLR, he would still shoot film occasionally. Three years ago Ritchie purchased his first Fujifilm camera, a gently used X-E1, which would ignite a new passion within photography.

He began to combine his experience shooting film with the JPEG output from his Fujifilm cameras, tinkering with the settings to produce out-of-camera results that reminded him of the film that he once used. He calls these settings “film simulation recipes.” You will frequently find Ritchie out and about with his camera. He doesn’t specialize in any one genre of photography, but captures whatever piques his interest, which over the years has included landscape, architecture, street, urban exploration, transportation, portraits, weddings, animals, still life, astrophotography, multiple-exposure, and abstract, among others. Ritchie and his wife, Amanda, have been married for 18 years, and they have four children: Joy, Jonathan, Joshua, and Johanna. He has a photography blog, fujixweekly.com, which is dedicated to Fujifilm cameras and I would encourage every reader to go check his work. This is where you’ll find his recipes, along with many other photography articles. Thank you for being the first featured photographer Ritchie!