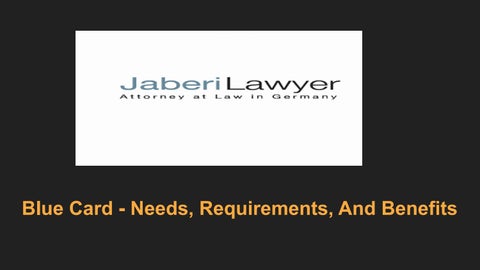 What is Blue Card Visa The EU Blue Card is a type of work visa. A document that gives its owner the opportunity to live and work in the territory of the European Union. In 2012, as a result of the Transposition Act for the European Unionâ&#x20AC;&#x2122;s Directive on Highly-Qualified Employment (Directive 2009/50/EC), the EU Blue Card for Germany was introduced as a new residence title (in accordance with section 18 b (2) of the German Residence Act ( New Skilled Immigration Act) It provided an opportunity not only for highly qualified specialists to work in Germany, but also simplified the mechanism for the participating countries to invite the missing professionals. The largest number of Blue Cards of the European Union (about 85 %) is issued in Germany.

What you need to get a Blue Card

Educational requirements ❏ Qualifying diploma/degree on university or college-level. If the degree was not acquired in Germany, then it must be either approved by the State, or equivalent to a German degree with the same qualifications. ❏ The diploma will be assessed in Germany through the ANABIN database portal. If your college (academy, university) is not in the database, you will need to confirm the diploma. To recognize your diploma of higher education, you must send your documents (translation into German with an apostil) by mail to “Zentralstelle für ausländisches Bildungswesen” (ZAB) and pay the fee - anabin.kmk.org/anabin.html. Degrees lower than bachelor, such as associate degrees with less than three years of study, will not be recognized as a full higher education in the German academic system.

Requirements for the work contract There are also certain requirements for the working contract. The position must correspond to the qualification obtained in the university. For the so-called shortage occupations which particularly include natural scientists, mathematicians, engineers, Doctor of Human Medicine (excluding dentists) and skilled academic personnel in the field of information and qualified academic personnel in the field of information and communication, the estimated salary should be at least 43.056 euros in year. For specialists in other areas, the estimated salary should be 55.200 euros per year (according to 2020 data, this amount is revised every year). If the salary reaches this level, the consent of the Federal Employment Service to issue a Blue Card is not required. For specialties of â&#x20AC;&#x153;special interestâ&#x20AC;?, but not in the above categories, with an estimated salary rate below, it is recommended to obtain a work permit in accordance with Â§ 18 of the Residence Law.

Blue Card Benefits â?? After receiving the Blue Card, you have the right to reunite with your family. After entering the country, your family members will have an unlimited right to work (for hire and as private entrepreneurs). Knowing German to obtain a temporary residence permit for family members is not required. The holder of the Blue Card has the right to apply for a residence permit after 33 months. If the applicant has sufficient knowledge of German (confirmed by an accredited certificate, i.e. Level B1), this period can be shortened to 21 months. â?? Also, the owner of the Blue Card and their family members may spend up to twelve consecutive months outside of the EU, without losing their residence title. After a period of 18 months, holders of the EU Blue Card can apply to move to another EU Member State, without a visa. A term of one month is then granted, in order to apply for highly qualified employment and the relevant Blue Card regarding the newly chosen Member State. 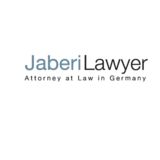