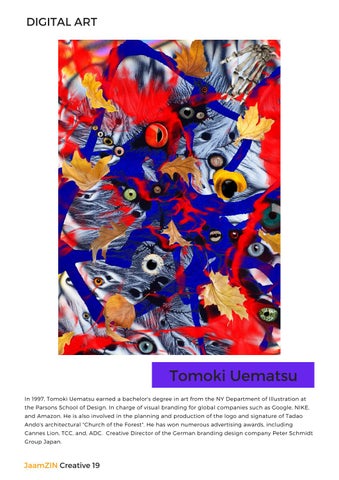 Tomoki Uematsu In 1997, Tomoki Uematsu earned a bachelor's degree in art from the NY Department of Illustration at the Parsons School of Design. In charge of visual branding for global companies such as Google, NIKE, and Amazon. He is also involved in the planning and production of the logo and signature of Tadao Ando's architectural "Church of the Forest". He has won numerous advertising awards, including Cannes Lion, TCC, and, ADC. Creative Director of the German branding design company Peter Schmidt Group Japan.