Wight Computers managing director Andrew Nordbruch founded his business in 2012. His business has grown steadily and he now employs three members of staff. 2019 proved to be a momentous year for the team, who picked up a Highly Commended award for Technology and Innovation at the Isle of Wight Chamber of Commerce Business Awards for Excellence. Their evening was capped by being named Member of the Year by the Chamber.

PROFILE WIGHT COMPUTERS Andrew has been working in IT since 2004 when he graduated from the University of Portsmouth with a First-Class Honours Degree in Internet Technology. After several years working for other businesses he took the plunge and went solo after applying for a job at GCHQ, the government’s intelligence and security service. “They were looking for a cyber security analyst, which was a pretty cool job, where IT meets James Bond! I applied for it and they surprised me by offering me the position. I had to make a decision about whether I wanted to stay on the Island and in the end I turned it down. The experience inspired me to start up my own business doing IT support.” Andrew was invited by his friends Martin and Rob Drake Knight from Rapanui to move in to space at the back of their Sandown shop. It was a very unshowy start for his new venture. “It was the smallest, dingiest, darkest office for a business to start in but it was very generous of them to offer some space and guidance. We helped each other out and I was able to offer in-house IT and work on rebuilding their new ecommerce website.” From a low key start Andrew outgrew his surroundings and moved to his own office in Shanklin. He later relocated to

Newport’s Daish Way, sharing premises with Go Internet. The business really arrived when Andrew relocated again to Newport’s Innovation Centre, taking on his first employee. John Collingwood was a college friend who had moved to America for five years. When he came back to the Island Andrew offered him a job as a web and software developer. The business continued to grow and he took on Ben Sollis in 2017. In late 2019 Will Orton joined the team as an IT support engineer. “When I started out I didn't really have a plan other than being an IT support business because that was what I really enjoyed and was already good at,” Andrew says. “We specialise in IT support for businesses and bespoke software solutions. We like to have ongoing relationships with businesses and help understand their needs and make technology work for them. Too many businesses see IT as a cost when actually it's an enabler. It enables their business to do well. When businesses are looking at IT upgrades I often ask them to consider what their competitors are doing. They're probably using faster technology, better equipment and they can potentially beat you in business because they're using technology in a better way than you are.” Andrew estimates that up to 95% of his business comes from working with other Island businesses. The home market is small, and business people do use computers at home too, THE BUSINESS MAGAZINE FOR THE ISLE OF WIGHT 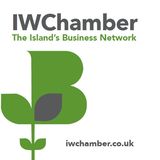 Isle of Wight Chamber of Commerce

We head into 2020 with a look at Visit Isle of Wight's new marketing strategy, Vectis Radio celebrates ten years, plus we hear from Real Emp...

We head into 2020 with a look at Visit Isle of Wight's new marketing strategy, Vectis Radio celebrates ten years, plus we hear from Real Emp...