A HIDDEN GEM IN THE CHARLOTTESVILLE ARTS SCENE, THE GARAGE IS ONE OF THE MOST ECLECTIC VENUES AROUND TOWN.

With no sign or marker by its space, passers-by can be forgiven for not knowing The Garage is more than just your typical car garage. Located between the Christ Church property and the parking lot of Hill & Wood funeral home on First Street, this local art-and-music space blends in when the door is pulled down. But when raised, those unfamiliar with the venue would be enticed to stop by for a number of different performances and events. The literally named venue hosts free music performances 70 times a year between March and November, as well as art exhibitions in a space smaller than some vehicles. “It’s crazy!” a friend of mine tells me when I ask her if she’s heard of The Garage, which began in 2008. “What happens is, they open the door to this tiny garage, and an awesome band starts playing. You sit on the wall in Lee Park and listen WORDS BY CATHERINE MALONE PHOTOGRAPHY COURTESY OF THE GARAGE 126 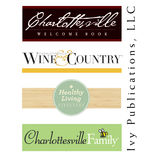