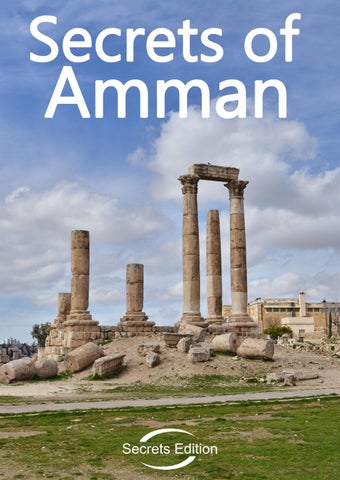 Amman The ever expanding city, originally built on seven hills, dates back to the Stone Age. Amman exemplifies the evolution, development and survival of a small city through its expansions during the Early Bronze Age, its development as a city state through the Iron Age and into its role in Assyrian, Babylonian and Persian empires. The city, known by several different names such as Amman, Ammon, Rabath Ammon and Philadelphia, played key roles in multiple civilizations. As Philadelphia, it flourished as a member of Roman Decapolis League and was rebuilt with colonnaded streets, baths, theaters and impressive public buildings. During the Byzantine period it was the seat of a Christian bishop who oversaw the construction of two spectacular churches before being embraced as a part of Islam domain. While the rise of the Memeluks of Egypt caused a downturn for the status of the city, its welcoming of persecuted Muslims from the Caucasus and the weakening of the Ottoman authority caused it to return to its former glory. On March 2, 1921, the Emirate of Transjordan came into existence, with Emir Abdullah, a Hashemite and direct descendant of the Prophet Mohammed (PBUH), as its undisputed leader. On May 25, 1946, the Hashemite Kingdom of Jordan secured its indipendence, the title of Emir changed to King, and Amman became the capital of the Kingdom.

The Citadel The site which is known as the Citadel includes many structures such as the Temple of Hercules, the Umayyad Palace and the Byzantine Church. At the foot of the Citadel lies the 6,000 seat Roman Theatre, which is a deep-sided bowl carved into the hill and is still being used for cultural events. Another newly restored theatre is the 500-seat Odeon that is used for concerts. The three museums found in the area offer a glimpse of history and culture; they are the Jordan Archaeological Museum, The Folklore Museum and the Museum of Popular Traditions.

Roman Theatre Ammanâ&amp;#x20AC;&amp;#x2122;s Roman Theatre is a 2ndcentury Roman theatre. A famous landmark in the Jordanian capital, it dates back to the Roman period when the city was known as Philadelphia. The theatre and the nearby Odeon are flanking the new Hashemite Plaza from the south and the east, while the Roman Nymphaeum is just a short stroll away.

Rainbow Street Rainbow Street is located in the district of Jebel Amman, in the downtown of the city. Rainbow Street in Amman is a colorful strip full of creative cafes, restaurants, and shops. The street is popular with tourists, locals and the cityâ&amp;#x20AC;&amp;#x2122;s rich and famous including Jordanâ&amp;#x20AC;&amp;#x2122;s King Hussein and Queen Rania. Beside caffes interesting point of the rainbow street is Wild Jordan Center - owned by the Royal Society for the Conservation of Nature. It was set up to raise money to preserve eight reserves in Jordan which include Mujib Nature Reserve and Dana Biosphere. Profits made in the center go towards the families who reside in the reserves.

Jerash - perfect day trip from Amman A close second to Petra on the list of favorite destinations in Jordan, the ancient city of Jerash boasts an unbroken chain of human occupation dating back more than 6,500 years. The cityâ&amp;#x20AC;&amp;#x2122;s golden age came under Roman rule and the site is now generally acknowledged to be one of the best-preserved Roman provincial towns in the world.

Hidden for centuries in sand before being excavated and restored over the past 70 years, Jerash reveals a fine example of the grand, formal provincial Roman urbanism that is found throughout the Middle East, comprising paved and colonnaded streets, soaring hilltop temples, handsome theatres, spacious public squares and plazas, baths, fountains and city walls pierced by towers and gates. Beneath its external GraecoRoman veneer, Jerash also preserves a subtle blend of east and west. Its architecture, religion and languages reflect a process by which two powerful cultures meshed and coexisted - The Graeco-Roman world of the Mediterranean basin and the ancient traditions of the Arab Orient.

Mount Nebo From Mount Nebo’s windswept promontory, overlooking the Dead Sea, the Jordan River Valley, Jericho and the distant hills of Jerusalem, Moses viewed the Holy Land of Canaan that he would never enter. He died and was buried in Moab, «in the valley opposite Beth-Peor» (Deuteronomy 34:6). Mount Nebo became a place of pilgrimage for early Christians from Jerusalem and a small church was built there in the 4th century to commemorate the end of Moses’ life. Some of the stones from that church remain in their original place in the wall around the apse area. The church was subsequently expanded in the 5th and 6th centuries into the present-day large basilica with its stunning collection of Byzantine mosaics. The Serpentine Cross, which stands just outside the sanctuary, is symbolic of the bronze (or brazen) serpent taken by Moses into the desert and the cross upon which Jesus was crucified.

St. Regis Amman - the first St. Regis Hotel in the Kingdom of Jordan Embracing the sophistication and timeless heritage of the world-famous St. Regis New York, The St. Regis Amman is now an established landmark in Jordanâ&amp;#x20AC;&amp;#x2122;s capital city. Showcasing a picture-perfect 5th Circle location in the upscale district of Abdoun, St. Regis is just moments from a wealth of noteworthy attractions in Amman. St. Regis hotel provides a locally inspired take on established traditions, with an extensive art collection predominantly composed of works from local Amman artists and the surrounding Levant, Jordan area.

Hotel collection is curated to represent unwavering commitment to hospitality - a quintessential trait of Jordanâ&amp;#x20AC;&amp;#x2122;s culture. From the azure waters of the Red Sea to the sculpted rose stones of Petra, 258 hotel rooms, suites and serviced apartments capture the essence of luxury, with refined decor, top-quality amenities and a sophisticated butler service for guests seeking a bespoke travel itinerary here in Jordan. Plan your stay at The St. Regis Amman to explore a new definition of luxury. One of the signature design elements of The St Regis Hotels are the staircases and the chandelier. They are part of the Glasshouse design direction and part of the St. Regis Hotel DNA to welcome guests in grandeur. The glasshouse design is mainly identified for its attention todetail and exquisite decoration

Drawing inspiration from the brand’s rich history as well as Bedouin-Jordanian culture, Perkins Eastman, design architects, and interior designers, Hirsh Bedner Associates, blend exquisite details with contemporary charm. Opulent décor and plush interiors are accentuated by bespoke elements such as a striking grand staircase and delicately designed chandeliers, while subtle nuances help to highlight elements unique to the destination, including the Dead Sea and sculpted rose stones of Petra. An exquisite art collection adorns the corridors and public spaces, a thoughtfully curated ensemble of the creative expression of highly talented artists from Jordan and the Levant region. A captivating muralnamed The Arabian Horses is found in The St. Regis Bar, paying homage to one of the brand’s signature design elements. The mural, inspired by the majesty of legendary Arabian horses, pays tribute to the history of Jordan’s Hashemite Kingdom its struggles, triumphs and soughtafter horses from the early days of Bedouin tribes in the 18th and 19th centuries.

The magnificent 16-story hotel offers 260 lavishly appointed guestrooms, suites and serviced apartments, all which offer breathtaking views of the city, luxuriant comfort and intuitive amenities. The St. Regis Amman offers the renowned hallmarks of the St. Regis brand, including St. Regis Butler Service, which provides anticipatory service and allow each guestâ&amp;#x20AC;&amp;#x2122;s stay to be customized according to personal tastes and preferences.

The St. Regis Amman welcomes guests on a culinary journey that defines the art of taste-making and seduces the senses with fresh produce, simple aromas and the buzz of a fashionable society. Mercado Andaluz, the first Spanish restaurant in the city, offers Andalusian cuisine that has been deeply influenced by Southern Spain. Mediterranean products are used in creative menus, and the farm-to-table concept including the ÂŤArt of PaellaÂť, is showcased with all the flair and finesse that one expects from an Andalusian cuisine. Open daily for breakfast, lunch and dinner, the restaurant is the place to start the day, simply take a break from work or usher in the night. Tamara offers Levantine cuisine focused on seafood and organic produce infused with the regionâ&amp;#x20AC;&amp;#x2122;s flavors and specializes in simple, yet tasteful, coastal dishes prepared and served in sharing style.

The St. Regis Amman boasts an elegant Astor Ballroom, which features a dedicated entrance and as the largest pillarless ballroom in the city offers an exceptional venue for iconic celebrations and bespoke events. From intimate events to extravagant galas to business meetings of any scale and size, the hotel offers choice and flexibility with four meeting rooms equipped with state-of-the-art technology. Informed by the brandâ&amp;#x20AC;&amp;#x2122;s legacy of celebration from the Gilded Age to the present day, each event at The St. Regis Amman is thoughtfully curated and complemented with exceptional service.

The St. Regis Ammanâ&amp;#x20AC;&amp;#x2122;s Iridium Spa features seven treatment suites providing private luxury and pampering from revitalizing facials to soothing massages. St. Regis Signature treatments - the Chakra Balancing Massage and the V-shape Face Lift restore and fortify the body, mind and soul. Guests can work out at the exclusive St. Regis Athletic Club, featuring a range of sophisticated cardio and strength equipment, unwind with a yoga session, or enjoy a relaxing swim in the outdoor pool. 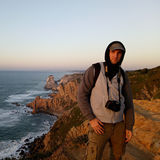