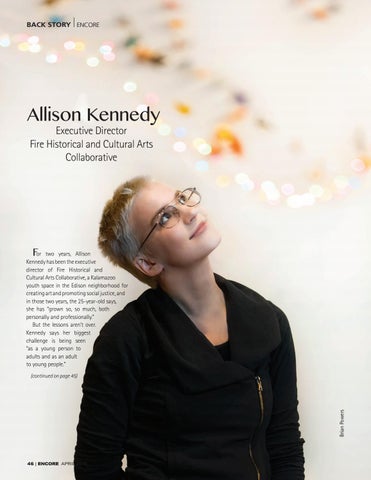 or two years, Allison Kennedy has been the executive director of Fire Historical and Cultural Arts Collaborative, a Kalamazoo youth space in the Edison neighborhood for creating art and promoting social justice, and in those two years, the 25-year-old says, she has “grown so, so much, both personally and professionally.” But the lessons aren’t over. Kennedy says her biggest challenge is being seen “as a young person to adults and as an adult to young people.”