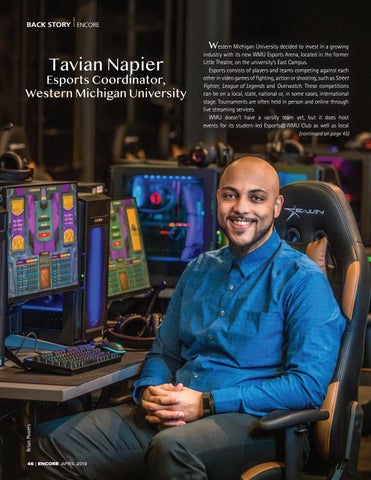 Western Michigan University decided to invest in a growing

industry with its new WMU Esports Arena, located in the former Little Theatre, on the universityâ&#x20AC;&#x2122;s East Campus. Esports consists of players and teams competing against each other in video games of fighting, action or shooting, such as Street Fighter, League of Legends and Overwatch. These competitions can be on a local, state, national or, in some cases, international stage. Tournaments are often held in person and online through live streaming services. WMU doesnâ&#x20AC;&#x2122;t have a varsity team yet, but it does host events for its student-led Esports@WMU Club as well as local