Dafna Navarro is the founder of the following companies: Israeli Art Market The company has three business lines which include: http://israeliartmarket.com which showcases the top Israeli artists in photography, contemporary art and Judaica;

Editor & Founder : Dafna Navarro Dafna was born in Jerusalem in 1975 and lives in Tel Aviv, Israel. She is a known figure in the Israeli art world as a lecturer, curator and appraiser of art and collectibles. Dafna has lectured at academies of visual art and design with years of experience working in advertising and media. Her education started at Technion University studying interior design followed by general design studies with the artist Ilana Goor. She later obtained a diploma in curatorial studies and art appraisals. In the beginning of her career she worked as a graphic designer in various multimedia companies such as Ness Technologies, Casdim International Systems, along with several major advertising agencies in Israel. In 1998 she began teaching at the Avni Institute of Art and as a lecturer in visual communication at Bezalel Academy of Art and at Magen the Religious College of Art and Design. Dafna has authored a number of books for Israeli academic institutes including John Bryce College. She also developed course curriculum and content in a number of fields including photography, internet, media and graphic design. She was later involved in the marketing of these courses to various technology companies.

Photography I am pleased to present this month’s issue, with quality and interesting solo and group portfolios along with coverage of museums and gallery exhibitions in Israel, fledgling artists alongside well-known artists, Contemporary, Classic and Judaic Art. These are special days; we celebrate the Jewish holiday “Hanukkah” - Days of Light- Days of Freedom, Miracles and family gatherings. We are also just a few days before Christmas, which can also be symbolized as the Light from Bethlehem & Jerusalem. ( "Beautiful Star Of Bethlehem": “Beautiful Star of Bethlehem Shining afar through shadows dim Giving the light to those who long have gone”) This month Group Exhibition In light of a woman Focuses on presenting the character of a woman in all aspects, the woman as a mother, as a sexual aesthetic figure, a strong and independent woman, and more.

strongly, we get enthusiastic comments about the magazine and we are grateful. Very grateful. I am very satisfied with the magazine and the opportunity for exposure, worldwide, for the community of The exhibition is named after the artists in the country and the realm great book: “In light of a woman “, of art which is so vibrant and alive. published by the fabulous French author Romain Gary, who created I wish you all happy Hanukkah and masterpieces based on the veneration Merry Christmas, ‫ שמג‬many precious of the feminine, emotional description moments of joy. of the need for a woman and male perspective on feminine strengths. I am proud to say that the number of subscribers and readers is growing http://israeliartmarket.com 3

FIND US ON THE APP STORE Israeli Art Market's Magazine for Contemporary Art and Israeli Lens Magazine for Fine Art Photography Available for subscriptions and for download on the App Store, Magzter.com , joomag.com, issuu.com, and available in a Kindle version at amazon.com 6

SHIMON REZNIK SCULPTOR THE PATH WITHIN

"My childhood years," recalls sculptor Shimon Reznik, "resembled a life within a cloud of smoke. My life centered around the words of the song ‫ אונדזער שטעטל ברענט‬,‫( ס'ברענט‬it is burning, the town is burning). The fire has long ended, but the smoke continues to rise from the ashes." Recently, after years of singing in a choir, Reznik and his friends embarked on a journey to Poland led by conductor and composer Yaacov Hollander who, as an adolescent, survived the Holocaust in Poland. After returning to Israel, Reznik began to create sculptors based on 8

what he has seen and experienced. The result was a flow of sculptures made from recycled metal, conveying the words "I will remember the way, I will remember home...". One can imagine hearing the branding of the numbers, as well as the sound of the hollow space left after the fire. These voices reside alongside voices of Jews with unknown faces, and from nothingness arises being - the Sabra stands before me ory, shedding his thorns, delicate and perceptive. Noami Morgenstern, Exhibition Curator

Shimon Reznik is an Israeli sculptor constantly inspired by the change, contradiction and reconciliation that form the circles of life. Arriving in Israel from the Ukraine at age 10, the Middle Eastern sun and colorful harbor lights awakened, perhaps for the first time, the true artist within. As a soldier, encouters with the vast desert landscape of Sinai inspired Reznik to begin sculpting. Working with street gangs and hearing-impaired children as a social worker in the 1970's and 1980's caused Reznik to embrace expresion as a key element in his artistic vision, while also nourishing his ability to connect with his surroundings without words. Life's experiences – nature, war and memory – have led Reznik on a spiritual path that incorporates internal energy flow and the art of sculpting. Shimon Reznik is a graduate of the Ramat Hasharon Art College, and his sculptures have been displayed in galleries and exhibitions all over praise. Reznik's current work merges the world, garnering recognition and iron, bronze and brass contours with clay and glue, creating sculptures that, in the artist's words, "grasp without grasping". In 2009, after a visit to concentration camps in Poland, Reznik created a series of iron sculptures based on the Holocaust, that seem to express the words: "Remember the path, remember home…" In the words of Taal Stoobik Gallery: "Shimon Reznik's sculptures and methods reflect the ideals of Tao and the Internal Path. Each sculpture begins with a random sketch. http://israeliartmarket.com 11

Reznik allows the pencil to lead him, withholding thoughts and critique. After days, months and even years, Reznik returns to his sketches and begins sculpting. Bent iron, bronze or brass threads form the sculpture's formative base, after which comes clay and glue, and the sculpture's final shape is created".

Oren Yevnin I paint in watercolor on paper mostly landscape and still life. My work tends to be expressive and spontaneous. Watercolor is a dynamic medium and enables the painting process to be an interaction between the subject the painting and me. I am an industrial designer, but along the years I moved to do 3D animation. In the last few years I built puppets and performed two plays I wrote. I never stopped painting since I was a child and I probably will never stop.

Rami Atar - In Between

24.1.15 - 25.12.14 the execution stage. Processing Festive opening - 02.01.2015 11am the iron reconfigures the material, enabling its semantic transformation The Israeli Opera foyer in terms of the object's relation to its environment - injecting it with Tel Aviv Performing Arts Center additional content and meanings. The work process is an inner journey of Sderot Sha'ul HaMelech 19, liberation and a shift from the internal image to a tangible sculptural object. Tel Aviv-Yafo Work on the different sculptures from the three series was carried Atar perceives iron, which is a out simultaneously. This parallelism medium full of contradictions, as most is evident in the development of the suitable for expressing his complex different series, which correspond inner world, at times through posing with one another - emotionally, a struggle and at times through figuratively and with regard to the accommodating a dialog. Atar's work color and texture of the various is very personal and emanates from elements" (Noga Arad-Ayalon, within him as a figurative expression curator of the exhibition INSIGHTS) of his emotional world. When iron sculpting became a central activity in his life, Atar began enriching his technical abilities through learning at Rami Rudich's iron workshop, where he continues to create daily. The current exhibition presents works from three figurative series dealing with introspection which were grouped under the heading "Insights", and some have already been presented in an exhibition by that title. Alongside these pieces, the exhibition presents two pieces that provide a glimpse into Atar's next exhibition which will deal with forgetfulness, a central theme in his complete oeuvre. "The material with which Atar chooses to work is raw industrial iron that he processes using various techniques. The texture of the material and its processing technique are intuitively decided upon, on the fly, throughout http://israeliartmarket.com 31

The Pilars sculptures series was recently presented in a group exhibition at the Givatayim City Gallery. "Atar created a series of iron sculptures moving in upward movement, creating a mythical interpretation to the concept of infinity. Atar uses iron, a hard material taken from the earth, to create an interesting contexture of tower-like models. With his sculptures he asks the viewers to dive into the inner expanses of their souls and continue up up to nonexistence following the line marked by the iron" (Doron Polak, curator, on the exhibition Pilars). In the two new pieces presented in the exhibition and promoting the new future series, one can detect 32 http://israeliartmarket.com

a sense of movement, sometimes claustrophobic, which raises many questions. In these pieces the absent exceeds the present. Curator: Udi Rosenwein

The Museum For Islamic Art In Jerusalem

from its character provide a basis for fascinating and fruitful discussion and for an in-depth introspection by the viewer. The group exhibition consists of both Jewish and Arab artists portraying in painting, drawing and photography the character of the donkey and its role in the Israeli family and society from the 1920s The exhibition ‘Diary of a Donkey’ until today. presents the public discourse on the fascinating and controversial The exhibition reveals the rich character of the donkey. The donkey cultural background of references evokes varied and contradicting to the donkey, inspired by various associations, from the high status sources – from political criticism to it holds in the different religions to literature, religion and history. its use as a derogatory nickname. The character of the donkey The conflicting sensations emerging undergoes metamorphosis between The lion invited the donkey to visit him: Do me the honor, dear donkey, come and let us together enjoy sitting under the shade of this verdant tree. The donkey replied: Were you a vegetarian I would share the shade of this tree with you, your royal highness.

the various works according to the individual expression of each artist, as well as in the social-historic context. In Israel of the 1920s, Israeli painters such as Nahum Gutman and Reuven Rubin, among others, discovered the donkey as an oriental ideal which they made Jewish and included in their works and so it became in fact an inherent part of the Israeli scenery. A love story evolved

between Israeli painters and the donkey who symbolized the simple and naïve. In the works of Ammar Younis, Elie Shamir and Rivka Peled, the donkey is part of the family and society, whereas Ashraf Fawakhry uses the donkey – appearing in all his works – to present his views. In the works of Asad Azi, the Messiah is portrayed riding on a donkey. In the words of Gideon Ofrat: “The http://israeliartmarket.com 35

last donkeys are disappearing, yet donkeys never die. More and more artists are returning and will return to invoke the donkey, our dearest and devoted friend, whose friendship we doubtfully deserveâ&#x20AC;?.

Copyright to Dafna Navarro. Israeli Art Market ÂŠ 2014, All rights reserved. No part of this magazine may be re-used without the written permission of the publisher. The content of this magazine is for informational purposes only and is, to the best of knowledge, correct at the time of publication. 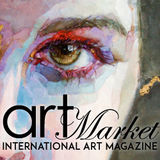 2015. January. Issue #9 In the first months of the new year, we present a wonderful exhibition of unique art works at a substantial discount...

2015. January. Issue #9 In the first months of the new year, we present a wonderful exhibition of unique art works at a substantial discount...