Editor's Desk Hare Krishna, We have made this newsletter for kids so that they can connect with Krishna. It is important to understand that Devotion is not for old age which people think, It is meant for all age groups. Earlier we begins, better it is. Just like when we begin learning from the age of 3 or 4 and learn till the age of 21 or more then we become something in our lives, similarly if we begin Bhakti from a small age then we may go back to god head in this life time. "So take care of these children. If you can make one child Krishna conscious, it is a great service. Krishna will be very pleased. So, so many children will come." (Srila Prabhupada Letter, August 21, 1968)

The choice of taking the title "Talks of Gokul" came from the idea that during this corona virus pandemic, we turn our attention to TALKS OF GOKUL which only can relieve us from the fears, boredom and problems of the world. This newsletter is our humble attempt to divert our attention towards Krishna which makes our tag "KrsnerMatirastu"Â (which means Absorption in Krishna). We hope that you enjoy our humble attempt to give Krishna consciousness to everyone especially children. For any feedback / complaint or suggestion, you may contact the editors:Pranav Handa pranav.handa.krishna@gmail.com Arindam Sharma arindamsharma05@gmail.com

Occasions Of The Month

Prayer To Lord Narsimha Dev Oh! My Lord Narsimha dev I pray at your lotus feet Please protect the people of Kali Yuga My lord you are a merciful father As it is the father’s duty to chastise his children ,to put them on the right path … as the repercussions of their sins they are now suffering But now my lord your children are getting lost and don’t have an anchor They are just like a ship drifting away Oh! My Lord Narsimha dev Please give all of us shelter Give us intelligence and company of devotees so that we can get to know you and surrender unto you By your mercy devotees have enough strength to go through this difficult times without being disturbed By:- Pranav Handa

The mother of Srila Vrindavana dasa Thakura's was Sri Narayani devi, the niece of Srivasa pandita. Narayani devi received the entire remnants of Mahaprabhu's meal. Though she was only an insensible child he bestowed His mercy on her in this way."Also as a result of this mercy, Srila Vrindavana dasa Thakura, whose life and soul was Sri Gaura-Nityananda, took his birth from her womb. His father name is not mentioned. However, while she was still carrying the child in her womb, she was widowed. Being reduced to a condition of poverty by the loss of her husband, she finally accepted shelter in the house of Sri Vasudeva Datta Thakura, at Mamgachi, where she helped with the housework. Here Vrindavana dasa began his studies. Narayani devi raised her child in the home of the father of Sri Malini devi where she had accepted shelter. Vrindavana dasa was born four years after Mahaprabhu took sannyasa.

When Mahaprabhu disappeared he couldn't have been more than twenty years old. He was initiated by Sri Nityananda Prabhu and was apparently the last disciple whom Sri Nityananda accepted. He accompanied Sri Jahnava Mata to the Kheturi maha-mahotsava. Sri Krsna dasa Kaviraja Gosvami has glorified Vrindavana dasa Thakura as the Veda Vyasa of the pastimes of Sri Caitanya Mahaprabhu."The pastimes of Krsna have been described in the Srimad Bhagavatam by Veda Vyasa. Vrindavana dasa is the Veda Vyasa of the pastimes of Sri Caitanya. He has composed Caitanya Bhagavat which destroys any inauspiciousness for those who hear it. So that we can understand the glories of Caitanya-Nitai, the essence of the conclusions regarding devotional service as expanded in Srimad Bhagavatam and the limits of the conclusions regarding Krsna bhakti, he has composed this great literature to uplift mankind. To compose such a work is not conceivable for a human being therefore we can understand that Sri Caitanya Himself is speaking through him. I offer my obeisances tens of millions of times at the lotus feet of that person who has given us such a scripture which can deliver the whole world."Â

To give devotees time, here is Corona, They are requesting everyone, "Ab to Bhakti Karo Na"

People are trying to complete their series of netflix, and Devotees trying to make their mind and life fix. People even in this time are serving their Dog, But Devotees are increasing their love for God

Again we are here to see people Sleeping, But Devotees, more the scriptures they are reading. People are stressed, yet well dressed but There the devotees are becoming the most blessed. People are discussing the Politics of the society but, Devotees are discussing the pastimes of the lord which also has varieties. People are eating nice tasting food still they are having a bad mood, Devotees are relishing the 64 items of offered food and also removing the angry attitude from their mood Devotees have become the happiest people in the world, but the people outside are still stucked on their path to netherworld. By:- Arindam Sharma

Learnings from Tales THE MASQUERADE PARTY Jessica was a beautiful girl. After hearing compliments from others about her looks and beautiful hair, she became proud, but she was not a bad girl from inside. She now devoted all her time in looking in the mirror. She forgot that Krishna has given her the beautiful face she had. Then one day, her school organized a Masquerade Party. A Masquerade Party is a party in which people have to cover their faces and dress in such a way, that nobody recognizes them. Everybody was excited, except Jessica. She did not like to idea of covering her face. But her friends convinced her, and she went to the party, without being noticed by anyone. There were many games in the party, there was food to eat. Then suddenly, a girl next to Jessica tripped and fell. Jessica helped her up, and made her sit on a seat. During the party, she was helping anyone who is in need. The teachers were watching her without being noticed. Then the next day, in class, the teachers announce that Jessica had behaved very well in the party because she had helped everyone who was in need. Jessica was very happy and told this to her mom. Her mom was also very happy, but she said “You see Jessica? You don’t need a good face to be popular, but a good heart and good values” Jessica understood what her mother was trying to teach her. She had mistook Krishna’s property for hers. She now understood, that she had done a mistake, and from that day, she never spent much time in front of the mirror. By:- Vrinda

1. Who wrote Chaitanya Bhagvad? 2. Who is the father of Parikshit Maharaj? 3. Nalkuber and Manigriva were the sons of whom? 4. Which posts did Ravana and Kumbhkaran had in Vaikunth? 5. How many wives did Krishna had? 6. How many demigods are there? 7. What was the name of the snake which bit Parikshit maharaj? 8. How many sons did kunti had? 9. Damodar Leela took place in which month? 10.Who is the father of Srila Prabhpada?

Note:- The answers for the riddle and the wordsearch will be shared in next edition. So, till then think and search for the answers.

Word Search Can you find the names of the Asta-sakhis?

The Ashtha Sakhis are the dearest friends of Srimati Radharani.

Bhishma Dev Bhishmadev was such a Great personality and devotee of Krishna that he was respected by human beings, heavenly beings and devas for his determination, valour, righteousness and devotion.

He was one of the Eight Vasu's in the Heaven. He was cursed by Vashistha Muni for stealing the Kamdhenu cow. As the result of the curse, he came as the descendant of king Bharat. He was a great warrior and was ascetic too. His original name was Devavrat and was son of king Shantanu and pious Ganga Devi. In the childhood itself Devavrat has mastered all the vedic knowledge and had quality of a great Kshatriya. Once he took a BHISHMA vow in order to fulfill the desire of his father of marrying Satyavati, a fisherman's daughter and since then he was called Bhishma Dev. He was then given the boon of dying on his own will by his father. In the battle of â&#x20AC;&#x2DC;MAHABHARATAâ&#x20AC;&#x2122; he was in veerya rasa. He always battled with Arjuna to his fullest of power just to see that beautiful form of Krishna where he breaks his own vow to protect his devotees. He was so fortunate to leave his body while looking at the beautiful lotus like face of Krishna. The event of Bhishmadeva's willfully leaving from his body after lying on the bed of arrows for 18 days after the Kurushetra battle is called Bhishma Ashtmi. Before leaving his body, Bishma dev removed the grief of Yudhishtir Maharaj and instructed Pandavas about pure bhakti. He also asked them to rule the kingdom and guide the subjects on the path of dharma. Bhishma Dev is celebrated as one of the 12 Mahajans in Srimad Bhagavatam. By:- Gaurang Arora

INGREDIENTS :200 gm Maida 170 gm Ghee 80 gm Aata 80 gm Besan 180 gm Sugar (fine grounded) DIRECTIONS:1.Beat powder sugar and ghee with whisk till it turns light and creamy. Then mix rest of the ingredients 2.Lightly with fingers. Don't knead into dough. Just combine everything together till it looks like bread crumbs. 3.Make small balls of equal size you may use a shallow round teaspoon to give this shape, place them on baking tray. Bake for 18 minutes, at 180 C in a preheated oven. Serve to your Deities when still little warm. They taste so good. By:- Radhe Govind

Tickets to GolokaÂ EST "LORD'S GREATVIDE DUTY IS TO PROO HIS PROTECTION T T'S DEVOTEE. THA IS WHY HIS NAME ACHYUTA."

"WE "JUST LIKE WHEN WE SHOU T A LD KE D WATER THE ROOTS OF THE E PLANT, THE ENTIRE PLANT ASSOCIA VOTEE WE W TION GETS NOURISHED. A BACH NT TO IF SIMILARLY, WHEN WE GO HOM T E O B GOD ACK WORSHIP KRISHNA ALL H E AD" ANT TO " IF YOU REALLY W GIVE THE DEMIGODS ARE EN AUTOMATICALLY BE HANDSOME, TH ME." ST BE U O M S O T E D N A W H " R U YO PLEASED." INED DETERM OUR S TOWARD " LORD NARAYANA HAS:"ONE MU S GOAL 1. CONCHSHELL - FOR A FRIEND T BE KNOW;EDGE EVERY L OF "KRISHNA 2. DISK - FOR PROTECTING ENTIT ING IS ALWAYS Y" WITH US" HIS DEVOTEES 3. CLUB - FOR KILLING DEMONS D- DETERMINED 4. LOTUS - FOR MAKING H- HUMBLE HIS DEVOTEES R- RESPECTFUL FORTUNATE U- UNSELFISH 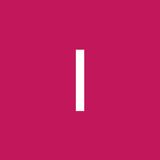