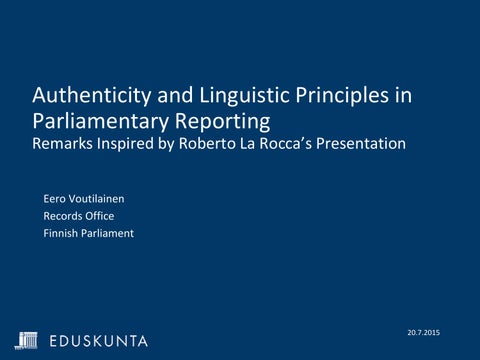 The Problem of Authenticity

2) The Act of Reporting

The Problem of Authenticity

3) Image Constructed by the Parliamentary Report

Transforming Speech into Writing 1) Transcription (cf. Jenks 2011) From vocal action to visual object 2) Intermodal translation (cf. Kress 2009) From one mode of communication to another 3) Recontextualization (cf. Linell 1998)  From one genre and context to another

Assumptions on language and its users Definitions of ”good” and ”bad” language Views of grammatical correctness Perceived role of the official standard language Norms of the genre: e.g. purposes, audiences, contents and appropriate styles of the parliamentary report 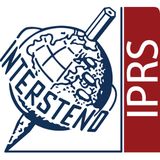