A Matter of Spirit Winter 2019 Issue 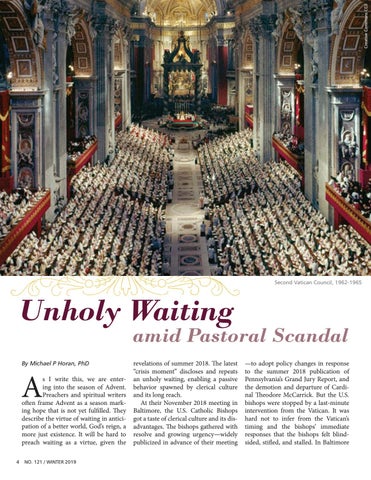 s I write this, we are entering into the season of Advent. Preachers and spiritual writers often frame Advent as a season marking hope that is not yet fulfilled. They describe the virtue of waiting in anticipation of a better world, God’s reign, a more just existence. It will be hard to preach waiting as a virtue, given the

revelations of summer 2018. The latest “crisis moment” discloses and repeats an unholy waiting, enabling a passive behavior spawned by clerical culture and its long reach. At their November 2018 meeting in Baltimore, the U.S. Catholic Bishops got a taste of clerical culture and its disadvantages. The bishops gathered with resolve and growing urgency—widely publicized in advance of their meeting

—to adopt policy changes in response to the summer 2018 publication of Pennsylvania’s Grand Jury Report, and the demotion and departure of Cardinal Theodore McCarrick. But the U.S. bishops were stopped by a last-minute intervention from the Vatican. It was hard not to infer from the Vatican’s timing and the bishops’ immediate responses that the bishops felt blindsided, stifled, and stalled. In Baltimore

A Matter of Spirit Winter 2019 Issue 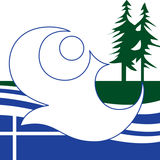