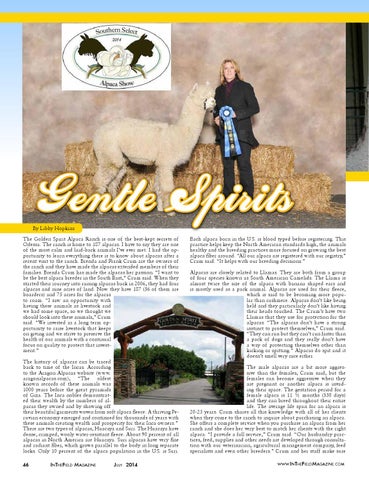 The Golden Spirit Alpaca Ranch is one of the best-kept secrets of Odessa. The ranch is home to 187 alpacas. I have to say they are one of the most calm and laid-back animals I’ve ever met. I had the opportunity to learn everything there is to know about alpacas after a recent visit to the ranch. Brenda and Frank Crum are the owners of the ranch and they have made the alpacas extended members of their families. Brenda Crum has made the alpacas her passion. “I want to be the best alpaca breeder in the South East,” Crum said. When they started their journey into raising alpacas back in 2006, they had four alpacas and nine acres of land. Now they have 187 (36 of them are boarders) and 75 acres for the alpacas to roam. “I saw an opportunity with having these animals as livestock and we had some space, so we thought we should look into these animals,” Crum said. “We invested in a long term opportunity to raise livestock that keeps on giving and we strive to preserve the health of our animals with a continual focus on quality to protect that investment.” The history of alpacas can be traced back to time of the Incas. According to the Aragon Alpacas website (www. aragonalpacas.com), “The oldest known records of these animals was 1000 years before the great pyramids of Giza. The Inca nobles demonstrated their wealth by the numbers of alpacas they owned and by showing off their beautiful garments woven from soft alpaca fleece. A thriving Peruvian economy emerged and continued for thousands of years with these animals creating wealth and prosperity for their Inca owners.” There are two types of alpacas, Huacaya and Suri. The Huacaya have dense, crimped, wooly water-resistant fleece. About 90 percent of all alpacas in North America are Huacaya. Suri alpacas have very fine and radiant fiber, which grows parallel to the body in long separate locks. Only 10 percent of the alpaca population in the U.S. is Suri. 46

Each alpaca born in the U.S. is blood typed before registering. This practice helps keep the North American standards high, the animals healthy and the breeding practices more focused on growing the best alpaca fiber around. “All our alpaca are registered with our registry,” Crum said. “It helps with our breeding decisions.” Alpacas are closely related to Llamas. They are both from a group of four species known as South American Camelids. The Llama is almost twice the size of the alpaca with banana shaped ears and is mostly used as a pack animal. Alpacas are used for their fleece, which is said to be becoming more popular than cashmere. Alpacas don’t like being held and they particularly don’t like having their heads touched. The Crum’s have two Llamas that they use for protection for the alpacas. “The alpacas don’t have a strong instinct to protect themselves,” Crum said. “They can run but they can’t run faster than a pack of dogs and they really don’t have a way of protecting themselves other than kicking or spitting.” Alpacas do spit and it doesn’t smell very nice either. The male alpacas are a bit more aggressive than the females, Crum said, but the females can become aggressive when they are pregnant or another alpaca is invading their space. The gestation period for a female alpaca is 11 ½ months (350 days) and they can breed throughout their entire life. The average life span for an alpaca is 20-25 years. Crum shares all this knowledge with all of her clients when they come to the ranch to inquire about purchasing an alpaca. She offers a complete service when you purchase an alpaca from her ranch and she does her very best to match her clients with the right alpaca. “I provide a full service,” Crum said. “Our husbandry practices, feed, supplies and other needs are developed through consultation with our veterinarian, agricultural management company, feed specialists and even other breeders.” Crum and her staff make sure WWW.INTHEFIELDMAGAZINE.COM 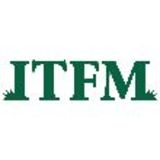 In The Field magazine Hillsborough Edition

In The Field magazine Hillsborough Edition