Tibet Third Pole: Climate Change on the Roof of the World 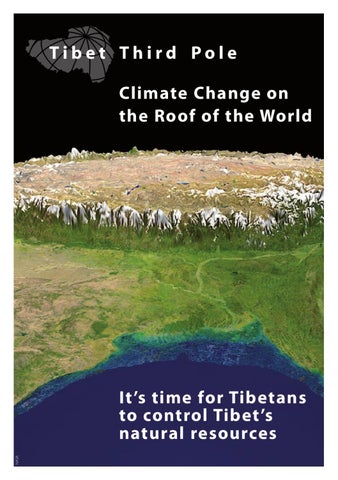 Climate Change on the Roof of the World

Climate change comes to Tibet Scientists call Tibet the Earth’s Third Pole because it is home to some 40,000 glaciers, storing more freshwater than any other region except the North and South poles. These same scientists also know that Tibet is warming at least twice as fast as the rest of the world. Tibet’s glaciers feed the rivers that are the lifeblood of Asia, providing water for more than one billion people in ten nations downstream of Tibet. Experts agree that Tibet’s glaciers are generally retreating at an accelerated rate (US Geological Survey, August 2010), which, combined with climatic changes, is increasing the risks of flooding across the entire region. China’s response to climate change on the Roof of the World is

• to crush any voice that dares speak out against China’s policies.

Environmental and human rights crises in Tibet Since invading and occupying Tibet in 1949, China has degraded Tibet’s ecosystems, displaced and impoverished hundreds of thousands of Tibetans, and threatened Asia’s regional security. China’s policies have aggravated the environmental degradation that is affecting the quantity and quality of Tibet’s grasslands and water resources. With drought and water scarcity on the rise across Asia, China’s dams will disrupt already fragile water supplies in the region. In turn, China’s policy of forcing tens of thousands of nomads into permanent exile in their own homeland and severely restricting the movement of most of the remaining nomads is creating a new human rights crisis in this already oppressed and occupied country.

The world’s nations and peoples now recognise that local communities must be at the centre of any just and enduring solution to determining the best way to adapt to climate change. For Tibetans, this means full participation in all aspects of decision-making and governance of Tibet’s ecosystems, natural resources, and conservation zones. Top two images: Traditional nomad encampments. Bottom two images: Darlag nomad settlement camp in Golok Tibetan Autonomous Prefecture. This camp now houses hundreds of Tibetan families who once sustained themselves from the land as nomadic pastoralists.

China needs Tibet’s nomads, who learned centuries ago that only through good stewardship is life on the Tibetan Plateau humanly possible and ecologically sustainable. Tibet’s nomads are essential to sustaining the longterm health of the ecosystems and water resources that China so desperately depends upon – and for which its army invaded Tibet sixty years ago.

Solutions for Tibet in the age of climate change 1. A halt to the removal of Tibetâ&amp;#x20AC;&amp;#x2122;s nomads from the grasslands of the

Tibetan Plateau. Tibetans across the Tibetan Plateau have a fundamental human right to determine how best to live in the homeland they have known for millennia.

2. An immediate halt to all land uses that threaten the Tibetan Plateauâ&amp;#x20AC;&amp;#x2122;s

ecosystems, ecosystem services, and traditional sustainable land uses with particular concern for the water resources of the Tibetan Plateau, which provide life-giving waters to more than one billion people in ten downstream nations.

3. An independent, international scientific assessment of the Tibetan

Plateauâ&amp;#x20AC;&amp;#x2122;s ecosystems, ecosystem services and land-use policies, leading to an equitable and durable trans-boundary approach to adapting to and mitigating the affects of climate change in the region.

4. The use of social and ecological assessment tools and data, including

Tibet Third Pole is a campaign that advocates for the fundamental human right of Tibetans to environmental self-determination, as they seek to adapt to climate change.

Tibet Third Pole demands • a halt to China’s displacement of Tibetan nomads from Tibet’s grasslands. • an immediate halt to all land uses that threaten the Tibetan Plateau’s ecosystems. • the full participation of Tibetans in all aspects of the long-term restoration, management, use and conservation of Tibet’s environment.

Tibet Third Pole: Climate Change on the Roof of the World

Tibet, known as the Third Pole because it holds the third largest store of glacial freshwater, is warming twice as fast as the rest of the world. Glacial melt from the plateau is disrupting water supplies, threatening sustainable livelihoods and putting more than one billion downstream peoples at risk. Since occupying Tibet, China’s policies have brought region-wide famine, desertification on the grasslands, acute flooding from clear-cutting Tibet’s forests, and environmental destructionthrough unregulated mining. China’s solution is to build more dams, denying downstream users a stable water supply. In turn, China blames Tibet’s nomads, not its own policies, for threatening China’s precious water resources. 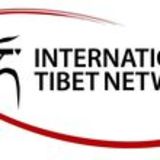