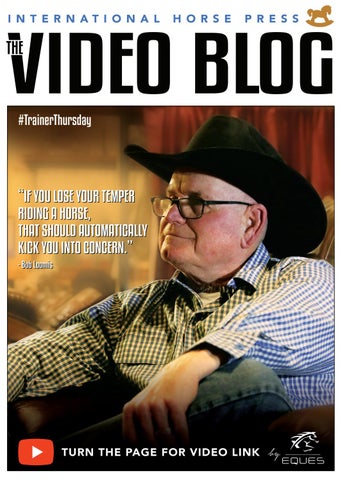 Bob Loomis needs no introduction: He is a reining icon, a universally recognized master in the world of precision riding and has bred some of the best horses in the industry. The legendary horseman shares his story, his foundation and his ‘defining moments’ with us.

Bob is an amazing storyteller; you will find yourself watching his life through his words.

# I grew up in Lincoln, Nebraska and all I ever wanted to do was ride horses and be a horse trainer — everybody thought I was crazy. # I was away from horses from age 10 to 16. As soon as I turned 16 I left school, got a job and bought a horse. # At that time I was doing a lot of rodeos, and a horse trainer named Mel Cady had just moved out of his place to a fancier barn. I rented his place; the first month I paid him back by painting the barn. The next month I had six horses in training.

# I lived in the tack room — and man — I thought life was good. I was riding horses all day and getting paid for it! INTERNATIONAL HORSE PRESS The Video Blog

@How a horse thinks “The greatest teacher that I ever had was George Philips. He was a horse trader and a horse hitch driver. He took me under his wing when I was very young and when he retired, he would sit there and watch me ride all day. When I got too aggressive he would call me over. He taught me more about how a horse thinks than anybody I ever met.”

@If you lose your temper, be concerned At the time, I had a pretty bad temper. George would ask me “What are you trying to do? Prove to everybody how dumb you really are? Just come sit under the shade tree and relax a little, then go back and ride your horse. If you lose your temper riding a horse, that should automatically kick you into concern. Get off that horse, sit down, and ask yourself what the intelligent way to handle this problem is. Nine times out of ten, after that horse has cooled off, and you’ve cooled off, the problem will be gone.” He taught me so much logic.

@Understanding a horse What I learned from George wasn’t really about training; it was about understanding a horse. It was controlling your own feelings, your temper and turning temper into concern. If you feel yourself getting angry, you are going the wrong direction. That needs to scare you enough that you need to get to thinking what the intelligent way to handle your program is. Without what he taught me I could have never been successful. He was a fanatic about understanding what position a horse has to be in to perform a certain maneuver. When I was riding bareback, he used to tell me that I should never be bucked off: “If you watch that horses’ ears – he said - you know exactly where you are going next.” That taught me a lot about riding colts. Back in the days we did not have all the sweet colts we have today. We did not play in the round pen for 30 days; if they sent you a colt, 30 days later they expected that horse to be broke. Enjoy Bob’s defining moments…

My beginning in the horse business was very “humble. I was living in the tack room, I would watch the snow come through the cracks in the ceiling, and I just thought life was great. 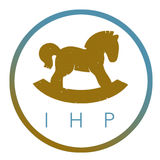