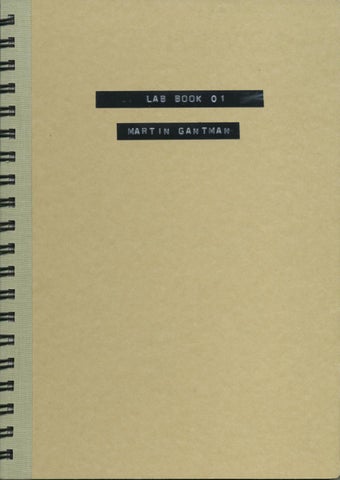 THE LAB BOOK AND THE MONKEY HEAD SERIES In 2016, the Institute of Cultural Inquiry (ICI) initiated a major project focused on the burgeoning field of studio-based research. With Everything but the Monkey Head: theorizing art's untheorizable practices, was a long-term collaboration divided into nine iterations, each focusing on a visual researcher who had participated in some sort of visual research at the ICI over the course of its 25 year history. The project's goal was to build a theory of art-based research that better reflected the actual work of artist/researchers in their studios and not how those practices were being fanaticized in boardrooms of universities. The nine researchers were challenged to seek a theory (not the theory) that was focused more on processes than outcomes and that had no a priori "image" to which it aspired. Upon initiating this project, the ICI was not interested in building a theory of studio-based research as it was being practiced at that specific moment in time. The organization wanted to consider instead what Theory's potential for transformation might be in response to the issues studio-based research was bringing to the table, including this most challenging conundrum: that visual research, by definition, was outside written and spoken language and was, therefore, untheorizable. As part of the project's exploratory processes, each researcher was asked to create a lab book that reflected the artist's past research at the ICI. Written with little forethought, few edits, and from memory, the researchers were asked to use the 'medium litter' of their research - the objects and documents that survived history and were, therefore, available to serve the history each researcher constructed. The resulting lab books— part journal, workbook, recipe book, and itinerary—serve a dual purpose: they provide a unique snapshot of the researcher's past research at the ICI while offering a springboard into their current thinking about their own unique style of studiobased research in the arts. The first iteration of the project featured Martin Gantman, a 2013-14 participant in the ICI's Visualist-in-Residence (VIR) project. VIRs are invited to expand current definitions of visual research and to borrow freely from ICI research practices to produce knowledge and not merely transmit current, accepted theories or orthodoxies. Digging into the Institute’s distinct use of language, and its unorthodox organizational structure, Gantman created a commentary on the Institute’s practices and devices. Focusing on the ICI's Ephemera Kabinett, which has the potential to "contain evidence of almost anything," he asked how can its content be mobilized in an effort to produce knowledge? The lab book before you provides a glimpse into the artist's critique of the institutional archive; through its pages, Gantman's uncomfortable but necessary questioning emerges in 'zones of awkward engagement' to borrow Anna Tsing's term. Gantman's 'zones' refuse art world rituals that work to silence or obscure issues of social or political importance.

Martin Gantman is a Los Angeles based artist and writer who has exhibited internationally in such venues as AC Direct Gallery and the Alternative Museum, New York; A.R.C. Gallery, Chicago; Kristi Engle Gallery, HAUS, POST, in Los Angeles; Werkstadt Berlin, Galerie Merkel, Whylen, Germany; Artetica, Rome and Viareggio, Italy; and La Coruna, Spain. In 2002, his “See you when we get home" was the artist project for Art Journal magazine. He was also the co-editor of Benjamin's Blind Spot: Walter Benjamin and the Premature Death of Aura for the Institute of Cultural Inquiry, distributed by DAP Publications in 2001.

PUBLISHED BY The ICI Press 1512 S. Robertson Blvd. Los Angeles, CA 90035 www.culturalinquiry.org ISBN: 978-1-889917-33-7 AVAILABLE FOR DOWNLOAD AT: http://issuu.com/instituteofculturalinquiry/docs/lab_book_cover/1 © 2016 by Martin Gantman and the Institute of Cultural Inquiry Any part of this book may be produced in any form without prior written permission of the publishers for educational and non-commercial use. The author and publisher, however, would like to be notified of such use.

PRINTED IN THE UNITED STATES OF AMERICA 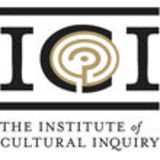