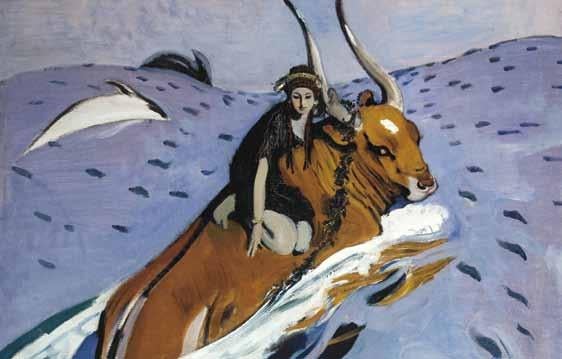 In a podcast with Shalini Randeria, Michael Ignatieff argues that slow and incremental liberal democratic processes and institutions are the only ones up for the fight against climate change.

Shalini Randeria: Let me start with your recent essay, Liberalism in the Anthropocene. You make the argument against liberalism’s leftwing critics that they are mistaken in assuming that it is unable to deal with the existential threats posed by the climate catastrophe as well as the Covid-19 crisis. How in your view are the ecological crisis and the current pandemic interrelated?

Michael Ignatieff: What I am chiefly interested in is the impact of the Anthropocene on our ideas of liberal democracy. I am neither a climate expert nor an expert on the question you just raised. But there is no question that there are linkages here. We are aware that there is a complicated ecosphere, a balance of relationships between species that has been substantially disrupted by human behavior. Instead of being part of nature, we are the chief drivers of natural processes everywhere and our management of these processes has been terrible. We have done extremely serious damage to other species and to our own natural habitat. And that is a challenge to liberalism because it is a challenge to liberalism’s account of history. Liberalism is intimately tied to the idea that we can and have mastered nature using science and knowledge.

Randeria: You make a very strong argument in this essay that liberalism is not only able to provide plausible answers to the crisis, but that it is the only political set of values and institutions, which will be able to show a way forward. Could you explain your optimism, given the massive challenges we face?

Ignatieff: That is an absolutely accurate version of my narrative. The whole piece wants to be very self-questioning about liberalism. But I think probably the target of this piece is a certain kind of radical left-wing environmentalism that says capitalism is the problem.

Since 1970, you see a transformation in the global energy system. It is not complete, but it will be complete within 15 and 20 years. And that is the move from fossil fuel dependence to essentially renewables. That change has been market-driven and regulation-driven. The story that we can tell from 1970 to 2020 is not the story that liberal market and government regulations have failed; it is a story about we have not got there yet. The only place in the world which has now plateaued in terms of CO2 emissions is Europe. One of the reasons this has happened is because there has been consistent pressure from below. This is where democracy does its job. And that constant pressure over the last 50 years has been one of the key drivers of policies towards environmental change. But that is a vindication of liberal democracy, not a criticism of it.

Randeria: I think you made a very interesting point, when you wrote, “The one big problem is, in fact, many smaller problems. And the art here is to disaggregate those problems and then prioritize. […] This liberal politics, as opposed to the progressive summons to the barricades, we might call the politics of policy.” What kinds of steps do you think it could consist of?

Ignatieff: The politics of policy is basically saying, divide a big problem into as many little steps as you can. It is a defensive liberal gradualism. If we had serious recycling, that would make a difference. It is a small step but if you add a lot of small incremental steps together, you get big effects. You have system effects from small behaviors, and liberalism turns on that instinct. That is why liberals like markets—because a tiny change to a price signal has a system-wide effect. That’s how you get economic change. But in radical environmentalism, all this incrementalism is seen as just a waste of time as in such a view we haven’t gotten enough time to do anything that liberal gradualism can hope to accomplish. And that mindset gives the game away before you have even started. I think our problem about enacting good environmental policy is just this broader historical pessimism about gradualism.

Randeria: Another important question you raised is on the politics of scale. At what scale should we be aiming to change these things? To my surprise, you are wedded to the nation-state scale, and voice skepticism of the international scale at which some of this change can happen.

Ignatieff: I could be wrong about this. I don’t want to say that these global climate summits are a waste of time. I think anything that is multilateral is better than nothing. But it is just a fact of the modern world that political power is allocated to sovereign states. You want to do activism where the levers are. And I think the levers tend to be in sovereign states, and also in municipalities, and in regional governments. If we can get something multilateral, fine. But we have wasted a tremendous amount of time over the last 30 years with rich countries lecturing poor countries at international forums saying, “Do as I say, not as I do.”

Randeria: What would you say in response to activists, who argue that unless there is a radical break with fossil fuel-based capitalist production now, all the measures we take are too little and too late?

Ignatieff: This is a serious question and a good one. But it is a question that liberals have faced from radicals for two centuries. There has not been a time in which a radical, a socialist, someone to the left of us in the spectrum, hasn’t said, “You’re going too slow on social welfare, or on votes for women.” The other thing I really hate is the misanthropy in certain kinds of radical environmentalism. The rhetoric that says, “The human species is a parasite, a violently dangerous species on the planet.” That neglects millennia of human care of the environment.

Randeria: One aspect of the politics of transformation I want to talk about is the generational divide. The question that a lot of young climate change activists are asking is, “Doesn’t liberal incrementalism, which is so slow, have a generational bias?” Is it not a betrayal of the future of our children?

Ignatieff: Sure. A lot of the people who are saying, “Go faster,” are in a generation or even two generations younger than mine.

But I also think that the older generation has a stake in this as well. Just because you are old doesn’t mean you do not have a stake in the future. We want to hand the world off to the next generation in better shape than we found it. One of the reasons I am such a passionate defender of liberal democracy is, in fact, that liberal democracies can change very quickly when the political climate changes. The younger generation does not remember because they were not alive when there were no recycle boxes at any corner,  when there were no windmills. All the power generation was based on coal. In 50 years, this has changed enormously, and it is up to the older generation to say, “There has been unbelievable change in this area in my lifetime.” And the other, probably the most important, thing is that when I was in that younger generation, we had none of the systemic understanding of the interaction between carbon emissions and climate change that we have now.

All of this has changed massively. Part of the message that the older generation can give to the younger generation is, “Don’t give up because we have seen more change in our lifetimes than you perhaps understand, and that tells us that things are changing more rapidly than you suppose. So don’t give up. Don’t get discouraged. Keep pushing, keep fighting.” ◁

Michael Ignatieff is Rector of the Central European University based in Budapest and Vienna. He is a historian of ideas and a political philosopher, who is an author of several prize-winning books among them a highly acclaimed biography of Isaiah Berlin (Isaiah Berlin: A Life, New York: Metropolitan Books, 1998). He has served as a member of Parliament in Canada, where he was the leader of the Liberal Party.

--- This is a slightly edited excerpt from the podcast Democracy in Question hosted by Shalini Randeria, Rector of the Institute for Human Sciences (IWM), Vienna. She is also Professor of Social Anthropology and Sociology at the Graduate Institute of International and Development Studies, Geneva, and directs the Albert Hirschman Centre on Democracy.