The Moral of the Dvor Massacre / by Jerko Bakotin 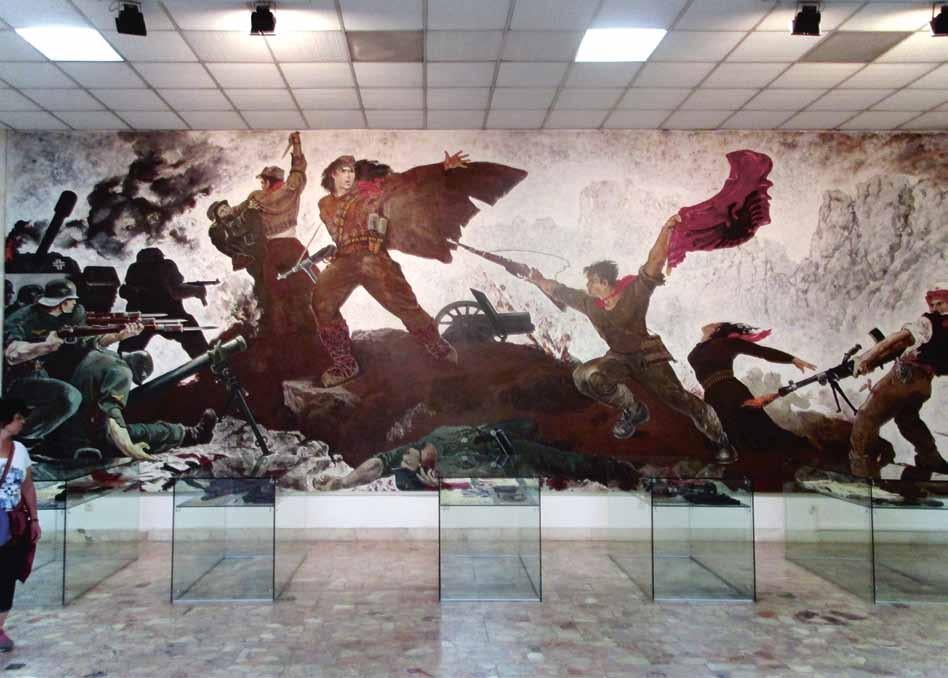 In August 1995 a group of mentally disabled people was massacred in the Croatian town of Dvor. More than a quarter century later, neither the murderers nor the army they belonged to have been identified. Jerko Bakotin argues that the postwar collective identities of Croats and Serbs are damaged by their inability to accept guilt. He also points out the European-wide aspects of this story.

The massacre: In the evening of August 4, 1995, a group of around fifty people boarded a bus in Petrinja, a town in central Croatia. Among them were the patients from the local psychiatric hospital and residents of the local retirement home. The following morning these terrified civilians arrived in Dvor, a municipality sixty kilometers to the south. A day before, Croatia had started “Operation Storm,” the largest military action in Europe since 1945, attacking the internationally unrecognized Republic of Serb Krajina, which included Petrinja and Dvor. In 1991 its secession from Croatia had been accompanied by widespread killings and the mass expulsion of Croats. In 1995, the roles were reversed as close to 200,000 Serbs fled their homes in front of the Croatian army and hundreds of civilians were killed.

The group from Petrinja found shelter in the elementary school in Dvor, where local authorities organized care for them. However, very soon the rebel Serb army and the population started to flee in despair and panic. Chaos reigned as tens of thousands of Serb civilians and soldiers from northern Krajina escaped through Dvor to Bosnia and Herzegovina, leaving in motorized vehicles, in horse-drawn carriages, or on foot. The border was, and still is, only a mere couple of kilometers away from the school, across the river Una.

By August 8, most of the refugees from the school had made it to Bosnia. Left behind were nine who had serious mental or physical disabilities. In the days between August 7 and August 9, the area around the school changed hands several times between the Croatian Army and Serb forces, who desperately tried to keep control of the nearby road in order to ensure the safe passage of the refugee convoy.

A Danish UN battalion also had its base on the school’s playing field, less than twenty meters from the school building itself. It had strict orders not to interfere unless attacked. Around 14:30 p.m. on August 8, the Danish troops saw a group of men, whose uniforms carried no markings, approaching the school. Within minutes they witnessed the civilians being assembled in the school hall and executed. The murderers left and the peacekeepers did not react. The corpses were left laying in the summer heat for four days.

The passivity of the UN soldiers was fiercely debated in Denmark. In 2015 the journalists Georg Larsen and Kasper Vedsmand made a movie about the crime. Titled “15 Minutes—Dvor massacre,” the film was in a minor part financed by the Croatian Audivisual Centre (HAVC), a public institution. Although the film points out that the executioners remain unknown, it locates Croatian soldiers near the place of the crime. Soon a witch hunt began in Croatia in reaction to the documentary. In a lynching atmosphere the public broadcaster HRT fired the veteran journalist Saša Kosanović who had cooperated with the filmmakers. Aggressive pressure by powerful war veterans’ unions forced the HAVC’s director to resign. Mainstream media reported extensively on this “anti-Croat scandal.” The film was never screened in Croatia.

The political scientist Dejan Jović names the dominant public discourse in Croatia “ethnototalitarianism,” in which the very existence of “others” is perceived as a threat. Between 1991 and 2011 the minority population in Croatia fell from 22 percent to 9.6 percent. Termed the “Homeland War,” the 1990s conflict is the central element of the new Croatian identity, with the dominant national consensus being its “sanctity.” In 2000, the left-liberal government introduced the Parliamentary Declaration on Homeland War, prescribing official truth according to which Croatia was exclusively the victim. In reality, although “Operation Storm” was in itself not illegal under international law—as the international community always recognized Krajina as part of Croatia—its aftermath was more dubious. The behavior of certain Croatian units and the acts brought by the Croatian state make it clear that the expulsion of Serb population and the prevention of its return was the desired outcome. Several hundred civilians were murdered and thousands of houses were burnt or razed to the ground. Officially, the office of Croatia’s State Attorney counts 218 civilians killed in 33 different war crime cases, but this is most probably a significant underestimation.1 To this day, only two low-ranking soldiers have been sentenced for war crimes.

Especially after the International Criminal Tribunal for the Former Yugoslavia (ICTY) acquitted Croatian Generals Ante Gotovina and Mladen Markač in 2012, the “cleanness” of Operation Storm is almost untouchable. The situation is not significantly different in Serbia, where war criminals sentenced by the ICTY belong to the executives of the ruling parties. In all post-Yugoslav countries “our” criminals are venerated and accepted by broad segments of both public and political establishment as heroes, while their crimes have been negated and the victims neglected.

In 2012 Serbian and Croatian prosecutors started a joint investigation of the Dvor massacre that came to nothing, with both sides blaming each other for the unwillingness to solve the crime. A quarter-century since the massacre, its perpetrators are still unknown, and all the victims have still not even been identified.

In a study of debates about Nazism in the postwar Bundestag in Germany, the sociologist Helmut Dubiel notes that the collective identity of Germans “was permanently damaged by their inability to accept the guilt,” which resulted in their selfreduction to mere objects, as “when somebody accepts the guilt, he attributes to himself an action which is accompanied with a guilt. Who refuses the guilt, in fact negates himself as a subject who can act freely. He sees himself as a mere part of a causal chain which started before him, and on which he cannot exert any influence. […] man is able to autonomously act in the direction of the future only so far as he is accepting responsibility for the actual consequences of the past acts.” Inability to accept responsibility is directly linked to nationalism as well, as “corpses in the basement of history create existential feelings of community, conditioned by the repressed guilt.”

Furthermore, the dominant political and religious elites draw direct symbolic and material profit out of it. They use it to solidify their control over society and to legitimize their privileged access to public resources. These goals require avoiding a proper remembrance of the Dvor victims. In Croatia they are mostly banned from public memory and in Serbia their fate is mostly used for nationalist manipulation. As the cultural theorist Aleida Assman writes, “Memory is in the last instance related to the question of power. ‘Sovereign’ is […] also the one who self-sufficiently decides about his memories and national myths.”

The moral of Dvor and other crimes in former Yugoslavia is by no means a mere Balkan story. This holds true however senseless the killing of the disabled people, who did not present any threat to anyone, may seem. The Yugoslav wars were a complete folly, with the vast majority of the population only ending up poorer and devastated. Therefore one can say that the Dvor massacre symbolizes the entire wars in their absurdity.

The Hungarian writer Péter Esterházy has rightly noted that “European consensus about our knowledge of ourselves as murderers and victims has not yet been established.” Looking at the crises of the European project, the rift between “rich” and “poor” member states, the rise of nationalist parties, and the willingness to blame only others, many observers have remembered the breakdown of the Yugoslav federation. It would be prudent to keep its fate in mind as a warning. Already in 1990 the Slovenian philosopher and cultural theorist Mladen Dolar asked: “Can one venture to say that Yugoslavia is the Schauplatz of the European unconscious, or that the unconscious is structured like Yugoslavia? ◁

1) According to the Croatian Helsinki Committee, 667 Serb civilians were killed. The real number is presumably somewhere between these two figures. The Croatian authorities did prosecute a significant number of people for atrocities against Serb civilians and property after “Operation Storm.” However they were not indicted for war crimes but for common murder, looting, and “normal” property destruction.

Jerko Bakotin is an award-winning journalist for the political weekly Novosti from Zagreb. He is currently working on a book about the Dvor massacre. In spring 2021, he was a Milena Jesenská Fellow at the IWM.