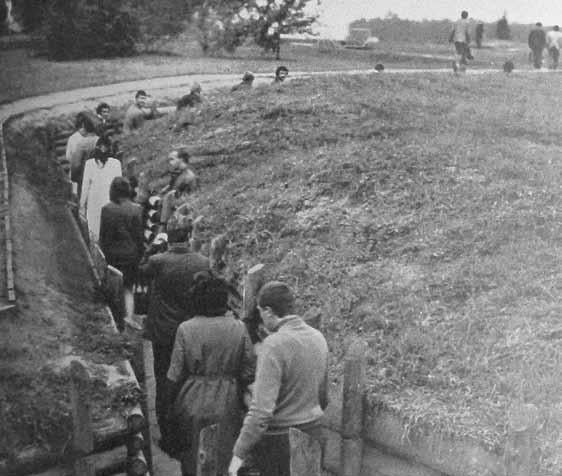 Today, historical narratives are supplanting political ideologies, notes political scientist Sergei Medvedev. He explores Putin’s politics of memory with its focus on Russia’s victory in World War II and shows how this modern myth-making reflects both international relations and a transition to authoritarianism.

Back in 1992, as Francis Fukuyama published his book The End of History,1 in which he outlined a neo-Kantian Utopia of liberal-democratic eternal peace, the French historian Pierre Nora was completing publication of his fundamental oeuvre Les Lieux de mémoire,2 a 7-volume catalogue of France’s realms of memory. In his work, Nora described something completely different to Fukuyama’s vision: a world-wide upsurge in attention to memory, a rediscovery of history, a growing interest in “roots” and “heritage” and a quest for a historical identity.

As the new century dawned with a dramatic clash of civilizations in the form of the attacks of 9/11, it became clear that Fukuyama’s universalist Utopia had failed and a new age of identity had begun (as recognized by Fukuyama himself in his latest book Identity: The Demand for Dignity and the Politics of Resentment).3 Rather than universalism, the end of the Cold War has brought us particularism, identity politics and memorialism, as defined by Nora. History and memory have become a new field of international relations. Indeed, memory sits at the nexus of security and identity; serving as socalled ‘societal security’, a matter of survival for the political community, memory is politicized and securitized. Today, historical narratives take the place of political ideologies, and one’s political position is more often defined in relation to historical events and figures (e.g. Stalin, or Franco, or Robert E. Lee), rather than by party or ideological affiliation. As a result, interstate conflicts take on the form of memory wars, reflecting a more general turn towards identity, morality and emotions in 21st century politics.

The politicization of memory has been especially evident in Putin’s Russia. History and memory politics have played a key role in building an authoritarian regime. State propaganda has adroitly used Soviet nostalgia and post-imperial ressentiment to construct a consolidated narrative of history that stresses greatness and military victories and whitewashes the crimes of the past, such as Stalin’s atrocities (e. g. the Katyń massacre of Polish officers in 1940) and Soviet colonial aggression (Prague in 1968, the war in Afghanistan in 1979–1989). Memory in Russia has been “nationalized” by the state, taken away from individuals, families and history aficionados, and private historical investigations that run coun- ter to state ideology can lead to persecution. Take, for example, Karelian civil activist Yuri Dmitriev, who was digging up the graves of the victims of Stalin’s terror in Sandarmokh in Karelia, just to find himself facing falsified accusations and sentenced to 13 years in prison.

A history crusade has been led by former minister of culture Vladimir Medinsky, an officially-sanctioned historian debunking “myths about Russia,” and by his Russian MilitaryHistorical Society (RVIO). In 2009, a special “commission to counter attempts to falsify history” was established under the auspices of the President of Russia, and in 2020, an amendment obliging the state to “defend historical truth” was added to the Russian Constitution. Indeed, Putinism is a kind of retro-politics: having failed to modernize Russia, it turned to the imaginary past as the only reliable source of legitimacy, as a mobilizing and consolidating force. The late Zygmunt Bauman called this kind of politics “retrotopia,”4 and Svetlana Boym wrote in her Future of Nostalgia about “epidemics of nostalgia” that construct the imaginary past as a compelling political myth.5

The cornerstone of Putin’s memory project is Victory Day, celebrated in Russia on May 9th. It has grown in importance over the past twenty years, and as the numbers of World War II veterans and witnesses have dwindled, the celebrations have become ever more pompous, chauvinistic and militaristic. In fact, May 9th has become the principal national holiday, a symbolic centerpiece of the annual cycle, rather than the recently invented holidays of June 12th (Russia Day) or November 4th (National Unity Day). In Russian mass consciousness, the nation has its origins in the 1945 victory in World War II; this is the country’s true foundational myth.

Victory Day has become a quasi-religious occasion, a secular Easter, with a complete set of rituals: mass state-sponsored processions called “The Immortal Regiment” in which demonstrators carry portraits of their ancestors as soldiers or war heroes. These portraits can even take on the properties of true icons—according to popular mythology, they sometimes have the power to heal. In 2020, a Victory Temple was built in Patriot Park, a military theme park in Kubinka outside Moscow. The temple is full of numerological codes: for example, in honor of the 75th anniversary of the victory, it is 75 m tall, and the 14,18 m diameter of its main dome marks the 1418 days the war lasted. The original plans called for religious mosaics with portraits of Stalin, Putin and defense minister Sergei Shoigu, but these were removed at the last minute before the opening.

To mark the holiday, people engage in spontaneous celebrations, dressing themselves and their children as soldiers and disguising kids’ beds and prams as tanks or war trucks. Metaphors to World War II seize the political imagination: during the war in the Donbas in 2014–2015, the Russian press regularly referred to Ukrainians as “fascists,” and skirmishes in the town of Debal’tsevo, outside Donetsk, were likened to tank battles in the same area during World War II. Indeed, Victory has become the optic through which Russia sees the outside world—millions of cars in Russia sport a sticker on the rear windshield that reads “1941–1945. We can repeat it.”

Given the prevailing culture of memory, the 75th anniversary of the victory, commemorated in 2020, was seen in Russia as a crucial date. It was intended to consolidate the domestic audience around an important symbolic event at a time when post-Crimea euphoria has faded away, and to send a powerful message to the West regarding Russia’s geopolitical importance. But the whole thing went wrong from the start. On September 19, 2019, the European Parliament passed a resolution “On the importance of European remembrance for the future of Europe,” largely at the urging of the East European delegations. Citing the 1938 Molotov-Ribbentrop Pact, the resolution laid equal blame for the start of World War II on Germany and on the USSR, and also accused modern Russia of attempting to rewrite history. The resolution greatly annoyed the Kremlin, which started its own propaganda campaign aiming to prove that East Central Europe shared responsibility for the start of the war and for the Holocaust. In his comments in December 2019, Vladimir Putin accused Polish war-time leadership of antisemitism and of provoking the war, and called Józef Lipski, who served as the Polish ambassador in Berlin until 1939, a “bastard” and “antisemitic pig.” These statements elicited sharp responses from Polish PM Mateusz Morawiecki and from a number of European political leaders.

The memory war continued in January 2020, with the celebration of the 75th anniversary of the liberation of Auschwitz. Putin was not invited to the ceremony in Poland. Instead, he attended a memorial conference at Yad Vashem in Jerusalem which promoted the Russian version of history—omitting any mention of the Molotov-Ribbentrop Pact and of the division of Poland and portraying Russia as the sole liberator of Europe. This caused yet another international scandal and compelled Yad Vashem’s leadership to issue an official apology for mispresenting historical facts.

Apart from Poland, Russia’s other arch-enemy in the 2020 memory war was the Czech Republic. At issue here were two war memorials in Prague. In April 2020, a monument to Soviet Marshal Ivan Konev was dismantled there—in addition to liberating Prague in 1945, Konev was also responsible for suppressing the Hungarian uprising in 1956 and the Prague Spring in 1968. Later that month, a tiny monument and a memorial plaque commemorating soldiers from the Russian Liberation Army (ROA) was installed in Řeporyje, a district on the outskirts of Prague. (In Russia, General Vlasov’s ROA is considered to have collaborated with the Nazis). Both episodes prompted major anti-Czech campaigns in the Russian press, as well as new allegations of the “falsification of history.”

A series of conflicts over historical memory and Russia’s growing isolation, plus the Covid-19 pandemic and lockdown, ruined Putin’s plans to organize a major celebration in Moscow on May 9, 2020, with world leaders attending. The festivities were postponed until June 24, 2020 and were held in an abridged, quarantined, format. As if compensating for this PR failure, Putin published an article in the June issue of The National Interest titled ‘The Real Lessons of the 75th Anniversary of World War II’ in which he once again blamed the West for its policies of appeasement in the lead-up to World War II, culminating in the 1938 Munich Agreement; the article repeatedly criticized Western hypocrisy and double standards.6

To sum up, instead of promoting Russia’s historical role and geopolitical importance, Putin’s 2020 memory war contesting the roots, causes and consequences of World War II has further isolated and alienated Russia in the world. For domestic audiences, it has reinforced the image of Russia as a besieged fortress, betrayed by former allies, a lonely protector of common history and memory. Fueled by memory policy and militaristic rhetoric, disciplined by the quarantines and sanitary regulations, and bound by the amended Constitution that allows Putin unlimited rule until 2036, Russia has continued its slow descent into its own authoritarian past. ◁

3) Francis Fukuyama, Identity: The Demand for Dignity and the Politics of Resentment. New York: Farrar, Straus and Giroux, 2018.

Sergei Medvedev is a Moscow-based political scientist and writer, the author of the prize-winning Return of the Russian Leviathan (Cambridge, Polity Press, 2019). He was an IWM Visiting Fellow in 2020.