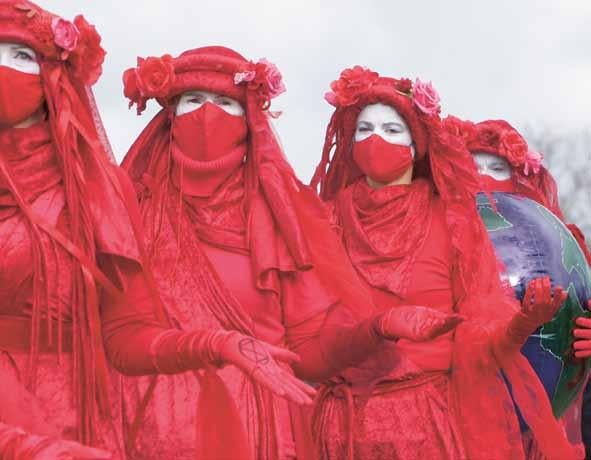 Can Liberal Democracy Outlive ...
Policemen guard Poland’s Supreme Court as a protester lies on the pavement in Warsaw, Poland on Thursday, April 22, 2021. A disputed disciplinary body within Poland’s Supreme Court is examining amotion that could result in the arrest of a judge who has become a symbol of the fight for an independent judiciary. Photo: AP Photo / Czarak Sokolowski / picturedesk.com

The European Union’s rule of law is being systematically eroded by the Polish government. Along with other member states, Poland is putting the country on a new path of a transformation that challenges the post-1989 transitions to democracy and constitutionalism.

Sixteen years ago, Jarosław Kaczyński, leader of Law and Justice (PiS), launched his assault on Poland’s post-1989 transformation. PiS had just won the 2005 parliamentary elections. It used its victory to introduce a “Lustracja” bill. The goal was to identify individuals who had cooperated with the communist secret police. The legislation was rejected by the Constitutional Tribunal. Kaczyński railed against the decision, calling it “legal impossibilism.” For him, the courts got in the way of promoting his definition of real justice and real reform. Thus began Kaczyński’s transformation of Poland’s post-1989 transformation. It continues to this day in ways that leaves the EU weaker and divided about how to defend the rule of law and how to deal with the post-1989 past.

Kaczyński had little success at first. PiS’s stint in government lasted only two years, too short to emasculate the Constitutional Tribunal. But it was a foretaste of things to come when PiS was swept into power in 2015. That was when “legal impossibilism” began in earnest. Late that year, the PiS government cancelled the appointment of five Constitutional Tribunal judges. Kornel Morawiecki, a fearless dissident during the communist era and father of Prime Minister Mateusz Morawiecki, justified the decision: “Law is something important but it is not sacred,” he said. “Above law stands the good of the nation. If law interferes with this good, we shall not treat law as something inviolable or unchangeable. What I say is this: law shall serve us! Law that does not serve the nation is lawlessness!” In essence, if the law, the judiciary and the constitutional order challenged PiS’s agenda, they were betraying the Polish nation.

But what is Kaczyński’s agenda? One is political revenge. Another is about power. And a third is about transforming Poland along a path of social conservatism, underpinned, but fraught with problems in terms of a social backlash, by the Catholic Church.

First, revenge. Kaczyński and his supporters have never forgiven the 1989 round table talks between Solidarity and the communists, even though Kaczynski had a seat at that table. The talks led to the peaceful transition to democracy and to the writing of a new constitution introduced in 1997. PiS believed the round table talks let the communists off the hook: there was no reckoning with the communist past; no overhaul of how the judiciary functioned. As for the first post-communist constitution that is based on EU liberal values, the protection of acquired rights and the safeguards of procedural justice, it was enacted without the support of Kaczyński and the opposition. To this day, they don’t regard it as their constitution. Such is the sense of grievance.

As for the issue of power, having had uninterrupted power since 2015, PiS has moved quickly to make the law, the judiciary and the courts subservient to the Parliament, with the PiS-backed president doing the party’s bidding for certain appointments or decisions. The safeguards in the Constitution have been discarded. The checks and balances have been reduced to almost irrelevance.

The damage PiS has inflicted on the rule of law cannot be underestimated. Here is how Professor Marcin Matczak, Associate Professor at the Institute of Theory of State and Law at the University of Warsaw, described the crisis affecting Poland’s judicial and constitutional order:

“Procedural justice … is the right to have a case heard by an independent court, the right to a defense, the freedom from self-incrimination and the lawfulness of the evidence submitted. Substantive justice is achieved by giving every person what they deserve: penalizing the bad, rewarding the good, giving the innocent peace of mind.”

Procedural justice is an obstacle to PiS’s “ideology” of revenge. It is an obstacle for PiS’s determination to shape the courts to fit its agenda. It’s as if PiS’s ultimate aim is to transform Poland from the post1989 transformation into a different transformation based on an interpretation of a specific Polish sovereignty. Even if PiS wants to turn Poland into a country that could regain its sovereignty based on “legal impossibilism,” it’s a big gamble. If taken to its logical conclusion, “legal impossibilism” amounts to Poland challenging the acquis communautaire, the battery of EU legislation that Poland signed up to when it joined the EU on May 1, 2004. That’s when it ceded elements of sovereignty, including the practice and definition of the rule of law, to the EU.

By robbing the Constitutional Tribunal of its independence, by imposing political control over the judges, by interfering in the independence of the Supreme Court over the issue of judicial independence and the retirement age, PiS has challenged the EU’s rule book.

This complex mix of revenge, of making the law subservient to the government and of challenging the basic rule of law and values enshrined in the EU treaty, is transforming Poland’s post-1989 transformation into a new kind of transformation. It is leading towards a special “hybrid” democracy. It abides by the ballot box but gives the government immense leeway to exploit it.

Transformations from authoritarian or totalitarian regimes to a democracy are shockingly disorientating and painful. PiS has tapped into those grievances. And even though democracy is messy, the institutions that underpin it are designed to facilitate compromise.

However, what is happening in Poland and in other countries in the region is that the democratic structures are being exploited to erode the rule of law. The culture of consensus, of dialogue, of listening has been replaced with competing, vindictive narratives about the past. PiS’s assault on the public television channels, now under its control, means that a common narrative, even of daily news events, does not exist. There is only “Us.” There is only “Us” and “Them.”

A divided, bitter opposition doesn’t help matters. There are few attempts to build a political center. For the moment, the language of revenge, reprisal and victimhood is deeply entrenched.

As for the EU, it is using the treaty to sanction or warn Poland. Maybe this kind of pressure should be coupled with—dare I say it—a roundtable. There is an urgent need for a dialogue to stop further “legal impossibilism.” The longer the stand-off between Brussels and Warsaw continues, the greater the devastating effects it will have on Poland. Right now, the post-1989 transformations are up for grabs. And with it, unless checked, Europe’s future as a continent anchored on the rule of law. ◁

Judy Dempsey is a nonresident Senior Fellow at Carnegie Europe and editorin-chief of its Strategic Europe blog since 2012. During the 1980s and early 1990s she reported from CEE for the Financial Times and Irish Times. As the FT’s diplomatic correspondent she reported on NATO and EU enlargement to Eastern Europe. She is a Europe’s Futures Fellow at the IWM (2020-21).