Capitalism at a Crossroads / by Albena Azmanova 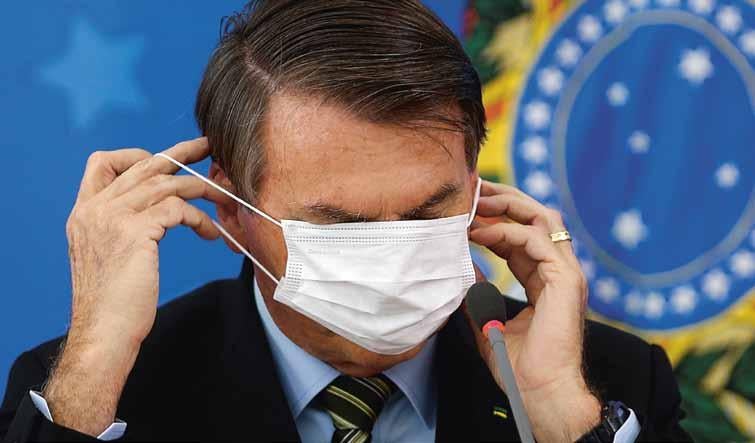 Bolsonaro and Brazil’s Capital...
A Man displays a placard which translates as 'precarity doesn't pay, it muzzles' during a protest against controversial labor reforms on June 28, 2016 in Rennes. Photo: JEAN-FRANCOIS MONIER / AFP / picturedesk.com

Albena Azmanova’s book Capitalism on Edge came out in January 2020—just before the coronavirus pandemic erupted. The book’s main argument is that massive social and economic insecurity—precarity—is what ails the 99 percent. The pandemic has made this argument even more prescient. The book was published in German by Edition Konturen in March 2021 as Kapitalismus an der Kippe.

Western democracies are at the tipping point of a tectonic policy shift. Over the past 100 years, two such great shifts have taken place in these societies: classical (liberal) capitalism entered a crisis in the late 19th century and emerged from it after the world wars in the shape of a market economy tamed by an interventionist “welfare state.” This shift, Karl Polanyi reminds us in The Great Transformation, was enabled by an overarching agreement among a wide variety of forces—Socialist and Conservative parties, trade unions and the Catholic Church. In the 1980s, a broad cross-ideological consensus propelled the ascent of neoliberalism, marked by a renewed political appetite for free markets and open economies. This policy formula is now in crisis, without being replaced by a new one. We inhabit what Chantal Mouffe and Ernesto Laclau have called a “space of indeterminacy”— the impetus for change is acute, but no clear path is in sight. Indisputably, an opportunity has appeared for our societies to venture into a new direction. Where should we go from here?

Since the utopian socialists began questioning the desirability and viability of capitalism in the mid19th century, progressive social reform has been debated within a range that spans from the prosperity which capitalism generates to the solidarity which socialism nurtures. Prevailing policy solutions have been a shrewd mix of the two systems. There currently exists a longing for a return to the formula of inclusive prosperity that marked the golden age of welfare capitalism of the mid20th century. One tends to forget that this prosperity relied on intensified production and consumption, and a vision of social justice that at least tacitly implied an entitlement to be middle class and affluent. All this exerted a heavy environmental cost.

If we want to advance, I claim in Capitalism on Edge, we need to abandon these blueprints of capitalism, socialism, or the right mix of the two, and think afresh. Much as we need a radical social transformation, we are currently missing the three typical levers of radical change—a systemic crisis, the likelihood of revolution and the availability of Utopia. We must therefore think without blueprints. This means scrutinizing the current state of democratic capitalism (I set aside the autocratic variations in China, Russia and elsewhere) in order to discern available paths for radical politics. Such an inquiry leads to the discovery that while we were discussing the crisis of capitalism in the aftermath of the 2008 financial meltdown, neoliberal capitalism surreptitiously mutated into a new form, which I have called “precarity capitalism.” This new form is marked by the massification of insecurity which is affecting the material and psychological welfare of ordinary citizens beyond the group of what the sociologist Guy Standing called “the precariat” (akin to the proletariat)—poorly paid unskilled workers with insecure employment. Precarity, which has come to afflict the 99 percent irrespective of professional occupation, income levels and social class, is the great scourge of our times. It is at the root of such social pathologies as the rise of populism and the inability of liberal democracies to effectively manage crises. It has colored our attitude to poverty, the green transition and immigrants, as well as our response to the pandemic.

This condition of generalized precarity originated with the increased exposure of Western democracies to the competitive pressures of globally integrated markets at the end of the 20th century, especially to competition from countries with a cheap labor supply such as China. This incurred a shift in economic policy: from competition (the top priority under neoliberalism) to competitiveness. For the sake of ensuring the national economies’ competitiveness in the global market, center-right and center-left political elites undertook three sets of reforms. First, the liberalization of labor markets reduced employment security, which allowed companies the flexibility they needed to compete globally. Second, states actively helped hand-picked companies “national champions” to enhance the competitive advantage they already had. Third, the efforts to retain corporations within their national jurisdictions brought down corporate taxation, which in turn led to reduced spending on essential public services. The austerity policy adopted as a response to the financial meltdown of 2008 further reinforced these measures and deepened their social effect. This fueled two trajectories of generalized precarity.

On the one hand, there is the dimension of personal fragility. The exposure to global competition increased the work pressures for all. Job insecurity is the reason why the “well-employed” do not dare to leave, or slow down in, the “rat race” even as they value leisure and family life. While the precarity of the poor is expressed in indebtedness and further impoverishment, the precarity of the rich is expressed in an epidemic of mental health disorders and burn-out. The great majority of people live in persistent anxiety over the costs of health, housing, education, the quality of public services and other formerly ordinary attributes of middle-class life.

On the other hand, there is the societal dimension of fragility, which has been dramatically laid bare by the pandemic. Our societies have become more fragile as the public sector has shrunk and public authority passed its responsibility for the common good onto individuals and markets. This depletion of the public sector and offloading of responsibility is at the root of the paradox that western societies, despite their scientific might, material affluence and political sophistication, have proven unable to cope effectively with the spread of a virus which is neither very deadly nor completely unknown. The Covid-19 pandemic was thus in fact first enabled, then further exacerbated, by an underlying epidemic of precarity. A good illustration of this problem is the failed attempt by the European Commission to pursue an idea it had in 2017 to start the development of a vaccine against pathogens such as coronaviruses within the Innovative Medicines Initiative—a public-private partnership between the European Union and the European Federation of Pharmaceutical Industries and Associations, whose function it is to fund health research and innovation. The scope and foresight of this project was laudable. But when the drug companies rejected the idea as being unprofitable it was swiftly abandoned. While one can expect a private pharmaceutical company to be driven by profit, the European Commission, as the executive arm of the European Union, is a public authority with the duty to safeguard public welfare. Not acting on the knowledge that a pathogen is likely to spread is tantamount to the abdication of political responsibility.

Generalized precarity is at the root of another paradox: the economic and social crisis of the Great Recession did not cause a radicalization of political sentiment in a leftward direction. Against the hopes and expectations of the Left, the celebrated crisis of capitalism in fact triggered an electoral shift to the right—to the center-right but also the far right. This is because when people’s lives are unstable, they long for stability and security. Especially when a positive utopia is missing, precarity nurtures conservative and even reactionary instincts.

Unfortunately, the Left has responded to the growing anxiety with a narrative about fighting inequality. This is a diagnostic error. People socialized within capitalist democracies tend to admire the rich; a few expect to get rich themselves, and most of the rest just ignore them. That is why moral outrage against inequality has proven to be a political loser. But it is precisely because we can no longer rely on a robust public sector that personal wealth becomes so important— hence our obsession with inequality. In this sense, the concern with inequality is a symptom of precarity: private wealth is king when public support is deficient. But no matter how equal our societies become, we will remain precarious—as individuals and as societies—without a robust public sector.

What do we do with the discovery that precarity, and not inequality, is the root cause of our societies’ gravest problems? This raises the stakes for progressive politics: fighting precarity, not just inequality, becomes a priority. A new path of reform opens: replacing the growth-and-redistribution formula with fighting precarity renders social justice compatible with environmental justice. Ultimately, this allows for radical progressive change without the crutch of crisis, revolution or utopia. ◁

Albena Azmanova is a professor of political theory at the University of Kent’s Brussels School of International Studies. She was a Visiting Fellow at IWM.