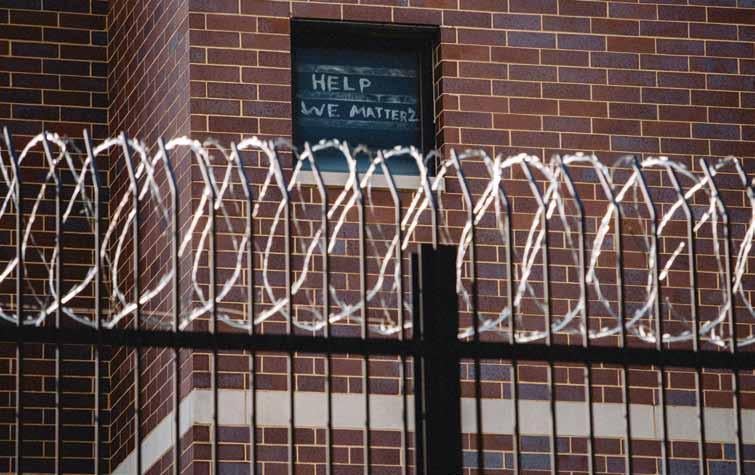 Punishment in a Pandemic / Eri...
Migrant workers waiting to get on a bus to reach a railway station to board a train to their home state of eastern Bihar, during an extended lockdown in Ahmedabad, India, May 20, 2020.  Photo: REUTERS / Amit Dave

Contrary to mainstream expectations, the pandemic proved to be anything but a ‘great leveller.’ Paula Banerjee addresses the largely neglected but devastating impact of the Covid-19 pandemic on migrant women in South Asia.

Thirty-Five-year-old Avreena Khatoon lay dead on a railway platform. She was a female migrant worker who was attempting to return home. She was travelling by train from Ahmedabad to Katihar when she collapsed and died. This was after the second lockdown was imposed in India in May 2020. It was reported in media outlets that she died due to lack of food, water, and much exhaustion. Her little, clueless child was with her in this fatal journey. The picture of her child trying desperately to evoke some response from her inert body went viral, sending shock waves through most of South Asia for a day or perhaps a week. Then the nation waited for the next catastrophe to happen. This was the fate of many female migrant laborers during the pandemic and the subsequent lockdown in South Asia.1

When the pandemic broke out in 2020, it was considered a ‘great leveller’ affecting, it was said, the rich and the poor, prince and pauper, celebrity and the ordinary, alike. But very soon cracks appeared in this theory. The disease may have been more brutal for some of certain age or of certain gender, the fact remains that in sheer numbers many more women than men were affected adversely by the pandemic. This is partly because the caregivers are overwhelmingly female in the context of South Asia. About eighty percent of all nurses, ayahs and people in the care industry are women. The responsibility of children in times of pandemic was also, as always, borne by women. They had to home school children, somehow gather food for families, look after the sick and infirm and carry-on life as usual. This life is one of many discriminations and insensitivity that they habitually suffer in this corner of the world. A few journalists wrote about why women were so adversely affected by the pandemic, but the drama lay elsewhere. It was the migrant workers who suddenly caught the nation’s attention and rightly so. But what escaped many is that among the migrant laborers there are female migrant laborers who were already vulnerable due to systemic discrimination.

On March 24, 2020 the Indian Prime Minister Narendra Modi announced a 21-day lockdown in the wake of the spread of novel coronavirus or Covid-19. The announcement was both destabilizing and unexpected. The country was totally unprepared for such a lockdown. When India announced a lockdown, the other South Asian states followed suit. The pandemic and the sudden lockdown were disastrous for most of the 400 million workers of India but it proved particularly catastrophic for the 139 million migrant workers. Within days migrant workers crowded bus stations to catch a bus to go back home or go someplace where they might live a life of dignity. News reached readers via the morning newspapers how: “Carrying their children and bags migrant workers, including women were standing in a long queue of about 3 km … in the hope to catch any bus to return to their distant villages located in UP’s different parts. Several migrants were also from states like Madhya Pradesh and Bihar.”2 News proliferated how the police were beating back desperate migrants trying to leave town by the end of March.3 But real desperation of migrants began when the first phase of lockdown ended, and the next phase started. Very few people asked the question how ethical it was to begin a lockdown without any plans of sustaining the entire working class, let alone migrant workers, and driving them to desperate measures. When the next phase of lockdown started the migrants were in such desperate conditions that they decided to brave all odds to go back home. Now it was not just a question of livelihood but of life itself. Failing to get any help from the government the migrants started acquiring private vehicles and those who could not do so began a long trek to go back home thereby embracing death for life.

The fact that among the migrants there were many women is all but forgotten. Some of them appeared intermittently in news media such as Jamlo Madkam, a twelve-yearold adivasi (indigenous or tribal) girl who had come to work in a chilli farm in Telangana from Chhattisgarh. When the lockdown continued her choice was either to go back home or starve. She started walking back with a few others after the second phase of lockdown was imposed in April. She walked for over three days and covered hundred kilometres. She collapsed eleven kilometres short of her home in Bijapur district in Chhattisgarh due to dehydration and terrible exhaustion. Her cause for death could be given fancy names such as electrolyte imbalance and muscle fatigue but, perhaps it was endemic poverty and total abrogation of duties by an insensitive state.

Thousands of women migrate for labor in South Asia so that they can earn their keep and contribute to their families. A large majority of them are of lower caste and lower class. They usually get the riskiest jobs without any protection or security. In Bangladesh, many migrant women are employed in the garment factories. Because of lack of orders during the pandemic these women had to go back home. About one fourth of migrant labor force crossing international boundaries from India are women. Women are larger in number than men when one looks at internal migration. Many of them are associational migrants but there is a growing number that are migrating for their own labor. Among Sri Lankan labor migrants more than 49 percent are women. Yet most of these women lack any negotiating power. Many migrant women work in the informal sector. Those women have no guaranteed insurance to fall back on. As Covid-19 portrays neither the government nor their kith and kin networks are interested in protecting them. The most vulnerable among them had jobs that are temporary and ad hoc such as that of Jamlo Madkam. They are part of the circular migrants and generally invisible. In most of these narratives on migration during the Covid-19 pandemic, what was clear is the total insensitivity to the question of gender when the issue is addressed. Women migrants are effaced from the narratives till they collapse and die. In much of South Asia the picture is the same. It is a dangerous time for migrant women unless one can be a super woman such as fifteenyear-old Jyoti Kumari. The state applauded that she cycled for 745 kilometres carrying her injured father from Gurgaon in Haryana to Darbhanga in Bihar. What was forgotten was that such superhuman efforts are not what should be expected from these women. There were women who during lockdown on their way back home gave birth in the roadside jhupris (shanties) and then after a few hours picked up their children and started walking back. But is this the standard that we should hold women migrant laborers to? If that is so, then this is indeed a dangerous time for female labor migrants in South Asia. ◁

1) In the context of India migrant laborers are internal migrants. They cross internal borders and not international borders.

3) “They are beating people who try to move further. I am here with my wife and 11-year-old son and we can’t afford to be beaten up by police. Now we have only one option—go back to our home in Shahdara’s Vishwas Nagar area,” reported Joginder Singh, a fruit merchant from Moradabad living in Delhi, to a reporter from The Hindu. “Coronavirus | Exodus of migrant workers out of Delhi unabated but police block their entry into Anand Vihar ISBT,” The Hindu, March 29, 2020, www.thehindu.com, accessed on July 7, 2020.

Paula Banerjee is Professor at the Department of South and Southeast Asian Studies, University of Calcutta, the President of the International Association for Studies in Forced Migration, and the Director of the South Asian think tank Calcutta Research Group. She is best known for her work on women in borderlands and women and forced migration.