Punishment in a Pandemic / Eric Reinhart in conversation with Salmaan Keshavjee 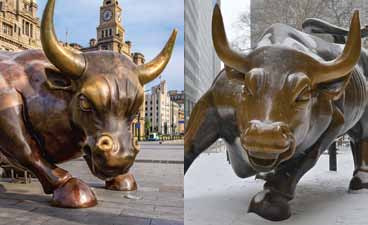 Kapitalismus im 21. Jahrhunder...
Signs made by prisoners pleading for help are seen on a window of Cook County Jail in Chicago, Illinois, U.S., April 7, 2020, amid the coronavirus disease outbreak. Photo: Reuters / Jim Veondruska

Physician-anthropologist and IWM Junior Visiting Fellow Eric Reinhart explains in a conversation with Professor Salmaan Keshavjee, Harvard University, why epidemics outbreaks in prisons have consequences that extend far beyond the penal institutions themselves.

America’s coronavirus management—the world’s worst— is closely tied to the fact that the United States, with only 4% of the global population, contains nearly a quarter of the global incarcerated population. Jails and prisons have been recognized as breeding grounds for the virus across the world, but what has been less appreciated is that epidemics outbreaks in these facilities have severe consequences for surrounding communities and global biosecurity. In a national context in which more than 200,000 detainees flow in and out of U.S. jails every week alongside the circulation of 420,000 guards, it has become increasingly clear that conditions in U.S. carceral institutions are inextricably tied to public health.

Salmaan Keshavjee: For decades, I have been working with organizations like Partners in Health to address infectious disease spread, particularly tuberculosis, within jails and prisons around the world. Public health practitioners have long recognized that these densely populated facilities pose unique population-level health risks and are an extremely important site for addressing the spread of diseases like tuberculosis, HIV, influenza, and viral hepatitis. Now, your research shows that jails in the U.S. are acting as an epidemiological pump for the spread of Covid-19. What does this research tell us about what is required from the criminal punishment system in the U.S. in order to stop the pandemic?

Eric Reinhart: First, this point that our findings are unsurprising— and in many ways obvious—is important. It’s this fact that makes the ongoing resistance to real changes in American punishment systems so frustrating. We already know that high rates of arrest and incarceration, in combination with allowing many diseases to go untreated in jails and prisons, have consequences for the entire national population— both socially and ethically, and also for our ability to prevent the spread of disease. We also already know effective solutions. What we lack is the mass action required to demand and implement ambitious policy changes. We need to dramatically improve the delivery of healthcare in jails and prisons, and we also need to address more fundamental dynamics driving the problem in the U.S.—namely, unnecessarily high rates of arrest and incarceration that put millions of people at high risk for infections, both inside detention facilities and well beyond.

In our research, my colleague Daniel Chen and I have found that arrests and subsequent cycling of individuals through jails is the most significant predictor of Covid-19 cases

in both Chicago and the wider State of Illinois. People are being arrested, cycled through high-risk infectious spaces in the jail, and then returned to their neighborhoods where they often inadvertently infect their families and others. In fact, we found that jail cycling is far more significant than race, poverty, public transit use, education, and population density as a predictor of Covid-19 cases. Arrests and jailing are independently linked to nearly 1 in 6 of all cases in Chicago and statewide in Illinois last spring. Furthermore, despite the changes that have been implemented to date, our forthcoming research suggests that the magnitude of this association has become even greater since.

Keshavjee: Your early study found that, on average, for each person cycled through the jail, more than two additional Covid-19 cases appear in their home neighborhoods within weeks after their release from jail. What does this mean in concrete terms for Covid-19 epidemic control?

Reinhart: The implications of this “multiplier effect” that you are mentioning are striking when we consider the scale at play here. Cook County Jail alone cycles about 100,000 people every year, and approximately 75% of these individuals identify as Black. Nationally, there are 10.6 million jail admission-release cycles annually. If you take those numbers and then compound them by anything remotely near the multiplier effect we observed in our initial study, which grows substantially larger over time, you have a serious public health crisis on your hands.

Keshavjee: What would you say to people that might argue that these arrests are taking dangerous criminals off the streets and are protecting public safety? As you know, the “tough on crime” paradigm has had long-term consequences in the U.S. and remains prominent in public conversations, even as its problems have come to be increasingly acknowledged.

Reinhart: This line of thought persists widely, but the data don’t back it up. A large proportion of jail detainees—for example, over 40% in many large U.S. counties—are ultimately not convicted for any crime. Consider also that, before Covid-19 hit, 94% of people booked into Cook County Jail were jailed for non-violent alleged offenses; nationally, this figure is 95%.

There is no compelling public safety reason to incarcerate all these people, particularly when the cycling of non-violent offenders through jails is driving disease spread in American communities. Petty crimes and non-violent alleged offenses constitute the bulk of arrests in America every year. The vast majority of cases leading to arrest could be more effectively and safely addressed with food support, mental healthcare referrals, housing security, citations, community service, and various other alternatives to incarceration. It is notable that 49% of people who are arrested more than once within a year in the U.S. have incomes less than $10,000—well below the national poverty line. This helps make clear that in order to address many of the problems that are driving arrests and incarcerations, investments in public infrastructure rather than criminalizing the poor are essential. This kind of policy shift in the U.S. is the only viable route to genuine public safety.

The current system is very clearly not working. Covid-19 is exposing the enduring and previously often untraceable injuries inflicted by excessive policing and mass incarceration—policies that have severely harmed public health and affected communities of color for decades. Now, during this pandemic, we can see how excessive use of incarceration is having a direct harm on the population at large. What has been to date framed as an issue of racial justice and ethics is now, more clearly than ever, also threat to public health and global biosecurity. Even from only a crude economic perspective, this is an enormous problem that everyone, regardless of prior political convictions, should share an interest in addressing.

Keshavjee: What you describe illustrates what we have been observing in many other settings. Paul Farmer and many of our colleagues at Partners in Health and Harvard have been emphasizing to all who will listen—and then some—that health and healthcare are defined by biology in tandem with social, historical, and political forces. Your findings demonstrate that we cannot address complex public health issues without a biosocial perspective. In some ways, the purely medical part is easiest. The difficult part in treating disease and stopping its spread is the matter of addressing the historical and social structures—policies, power dynamics, and economic inequality—that produce and exacerbate illness.

Reinhart: My own research follows from years of studying precisely this lesson that you and Paul have been teaching. It is undeniably clear under pandemic reality that bodies are bound together by political structures at the most intimate, molecular levels. Because of this fact, it is now in the direct self-interest of everyone, no matter your income or where you live, to address the political conditions—like profound economic inequality and resulting precarity—that foster disease. But for many, simply acknowledging these general political factors shaping public health becomes an alibi for deferring real action that would substantively address these factors. Acknowledgment and witnessing are not sufficient. As you and your colleagues emphasize, we need also to realize and act upon our collective power to change these realities. ◁

Eric Reinhart is a junior visiting fellow at IWM. He is a social anthropologist and resident physician in the Physician Scientist Training Program at Northwestern University’s Department of Psychiatry and Behavioral Sciences. He is also Lead Health and Justice Systems Researcher at Data and Evidence for Justice Reform (DE JURE), The World Bank, and an advanced candidate at The Chicago Center for Psychoanalysis.