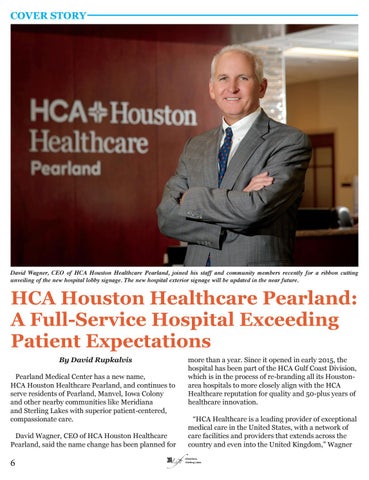 David Wagner, CEO of HCA Houston Healthcare Pearland, joined his staff and community members recently for a ribbon cutting unveiling of the new hospital lobby signage. The new hospital exterior signage will be updated in the near future.

more than a year. Since it opened in early 2015, the hospital has been part of the HCA Gulf Coast Division, which is in the process of re-branding all its Houstonarea hospitals to more closely align with the HCA Healthcare reputation for quality and 50-plus years of healthcare innovation.

Pearland Medical Center has a new name, HCA Houston Healthcare Pearland, and continues to serve residents of Pearland, Manvel, Iowa Colony and other nearby communities like Meridiana and Sterling Lakes with superior patient-centered, compassionate care.

“HCA Healthcare is a leading provider of exceptional medical care in the United States, with a network of care facilities and providers that extends across the country and even into the United Kingdom,” Wagner

David Wagner, CEO of HCA Houston Healthcare Pearland, said the name change has been planned for 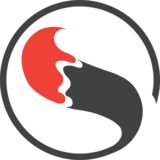