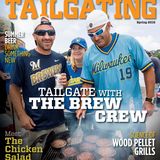 from Inside Tailgating Magazine: Spring 2020

by Inside Tailgating Magazine

From Jacksonville, Fla., the part of the country that brings you the Daytona 500 and the World’s Largest Outdoor Cocktail Party for Georgia-Florida football games, comes Party Shack, a company that makes portable VIP suites.

Jacksonville Jaguars owner Shahid Khan has dubbed them “skyboxes in the parking lot,” and that’s basically what they are. These 20-by-20-foot suites can be towed behind a standard pickup truck. They fit in a single parking space. And most importantly they provide tailgaters an indoor-outdoor venue to gather, eat and socialize with an option to escape the elements.

The VIP suites can accommodate up to 45 people, including 10 seated inside at any one time. They feature a top deck veranda, hi-definition TVs both inside and out, two retractable awnings, bluetooth soundbars and more.

Party Shack founder and CEO Bobby Bowers came up with the idea while huddling under a VIP tent before a Jacksonville Jaguars game during a downpour. “We were standing outside of a billion dollar stadium, and we had gotten dropped off in limousines,” Bowers said. “I thought ‘Well, there’s a little bit of a void here.’”

Even a high-quality tent like the kind used at weddings didn’t stand a chance in those conditions. The décor was nice, Bowers said, complete with palm trees, string lights and lounge couches. But with rain and 10 mph winds gusting into the tent, none of that seemed to matter.

“All I heard, as a product developer, was complaints,” Bowers said. “And the women saying ‘Hey husband, why’d you drag me here three hours before the game begins? I’d rather be at home in the air-conditioning looking at my 65-inch TV on my couch.’ Those excuses are basically ingredients to the demise of ticket sales in stadium venues.”

In addition to the VIP suites, Bowers has created three other portable venues:

1) a Spectator Suite geared toward outdoor events like motorsports, music festivals and golf that don’t already have readymade luxury suites

2) a porta-bar, complete with built-in generator, for clients looking to entertain or for on-site business opportunities and

3) a pop-up shop with three wall panels for on-site retail.

The VIP suites can be stored, towed, and set up by a third party company arranged through Party Shack. The other three units can be built on a chassis with wheels for easy towing.

Both the Spectator Suites and VIP suites give premium ticket-holders all the more reason to get to an event early and stay there later.

“If you have the money and can afford a suite inside the stadium then you can show up two hours before kickoff and sit in the AC,” Bowers said. “But you’re removed from the tailgating atmosphere, the fun, the camaraderie, the ‘let’s everybody come together as a team’ experience.”

Bowers and his family fell in love with the tailgating culture while his brother Brett Bowers played safety for Bob Stoops at the University of Oklahoma in the mid2000s. Their parents bought a 43-foot RV and drove it to Norman, Okla. for the season and then flew in from their home in Ponte Vedra, Fla. to tailgate for both home and away games. The Bowers kept the tailgate going after games too, grilling pound after pound of burgers, chicken, fish, sausage and hotdogs, so Brett and his teammates could come join in the fun after the games. With memories of that 45-foot Fleet wood, Bowers wanted to give his Party Shack customers the luxury feel of an RV while saving them the cost and logistical headache of owning and operating one.

Party Shack, which manufactures its units in a plant in South Georgia, rents the VIP suites through third party vendors for $1,500 per day. VIP Suites are also available for purchase for $64,995.00, which is typically more appealing for Party Shack’s corporate hospitality clients than everyday tailgaters.

Either way, the benefit to the fans who attend events in them is amenities similar to what they would get in an RV minus the sleeping quarters, which aren’t necessary anyway.

“You get those comfort zone experiences with air-conditioning, the quartz countertop, the little kitchenette so you’re able to wash your hands off and you can store your liquor in the liquor cabinets,” Bowers said. “From when you’re at your house and you decide you want to go to the game to when you get in your Suburban, your Escalade or your UBER and you get to the game, you have that minimum expectation of a very similar experience of what you just had.”

Party Shack is only about two years old but steadily gaining traction with giants in the sports industry like the NFL and NASCAR. With TIAA Bank Field in Jacksonville as its launching pad, Party Shack has built a clientele of four NFL teams (the Jaguars, Miami Dolphins, Kansas City Chiefs and Los Angeles Chargers) with six to eight more poised to join forces in 2020. Bowers said another 10 to 12 NFL teams are waiting to see how the first wave does.

This time of year, Bowers’ emphasis shifts to motorsports, the PGA and other outdoor events with a need for portable spectator venues both before and during the event. In January, Party Shacks showcased one of their spectator suites at One Daytona, the shopping and entertainment district across from Daytona International Speedway, during the Rolex 24.

Bowers designed his Spectator Suite with NASCAR in mind. He based it on impressions he got as a guest at the Monster Energy Suite on the infield during the Daytona 500. “I only saw the NASCARs for 11 seconds,” Bowers said. “And for the next 60 seconds while they’re going around the track, I can’t see them. I don’t have a TV in front of me, and unless I have the headphones on, I have no idea what’s going on.”

Looking around at RVs parked on the infield, he saw how fans had built makeshift viewing platforms on top of their RVs. That’s what he had in mind when he created the 30-by-16-foot Spectator Suite that accommodates up to 60 people and features a panoramic viewing window and top deck veranda.

“If you sat inside one of my Spectator Suites, you’d know that if a NASCAR goes from the right to the left, you have beyond a 270-degree perspective visually,” Bowers said. “You barely have to turn your head to watch the NASCAR go from over your right shoulder, in front of you, (until it) disappears at your left shoulder. As soon as the NASCAR leaves your sight, you’re looking direct at the 55-inch flat screen TV with the coverage on there. So there’s not one point where you would see the NASCAR that you’re rooting for disappear because visually it’s always going to be there.”

Spectator Suites feature a retractable awning and seat up to 10 people inside. They offer fans something they can’t otherwise get at PGA golf events, concerts, festivals, air shows, water sports and more—shelter and sight lines.

Party Shack has partnered with the likes of Live Nation, the Indy 500, Charlotte Motor Speedway, ESPN’s the X Games and more. It has set up qualified suppliers in eight major cities, with another 3-5 expected to be added before the end of the year.

“We’re definitely the next best thing for tailgating, for fan engagements, for pregame experiences, live spectating experiences, in a more budgeted-friendly manner, a logistically friendly manner,” Bowers said. “We’re not overdesigning these units to where they’re so expensive that only the CEO can afford it. We’re not using materials that a million-dollar home would require. And at the same time they keep you in your comfort zone.”

For more information, go to: partyshackusa.com 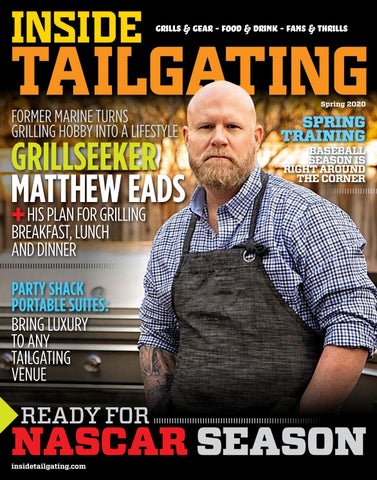 by Inside Tailgating Magazine