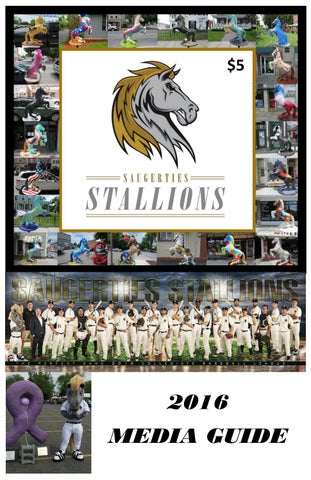 Dave Ames just completed his first year as pitching coach with the Hudson Valley CC Vikings who were ranked as high as 11th in the nation among DIII NJCAA schools. Ames was the varsity head coach the three seasons prior with the Ichabod Crane Riders in Valatie, NY. In 2015, he led them to their first sectional appearance since 2011. He has coached eight All-Colonial Council players during his short stint with the Riders and three Mountain Valley Conference players in his first season with the Vikings. Last summer he was the assistant coach with the Saugerties Stallions in the Perfect Game Collegiate Baseball League. In his first season as pitching coach with Hudson Valley CC, Ames led a staff that combined for 25 wins, their highest win total since 2011. HVCC was 5th in the nation among DIII Junior Colleges in both ERA (3.15) and opponent’s Batting average (.231). DAVE AMES Ames is a graduate of Hudson High, after high school he went on to play shortstop at Columbia-Greene CC where he was team captain, leading the Head Coach Twins in hits and Batting average both seasons. He finished with a career Batting average of .404, twice being named to the Mountain Valley All-Conference Team and was Team MVP in his freshman season. He stays active in his community by running baseball clinics throughout the year, volunteering with his local Little League, CYO basketball programs, and coaching with the Columbia Clippers travel baseball organization. Ames has his Associates degree in Physical Education from Hudson Valley Community College and his Bachelors in Business Administration from Drexel University. He currently resides in Valatie with his wife Mary and four children, Camdyn, Haley, Ashley, and Brayden.

Matt Righter begins his fourth season as the head baseball coach at the State University of New York at New Paltz in 2017. In just three years at the helm of the program, he has coached four different All-State University of New York Athletic Conference (SUNYAC) selections, including the past two Clark V. Whited Rookies of the Year. Righter posted the program's first above-.500 season since 2011 during the 2016 campaign, as the team went 20-16-2 overall and 8-10 in conference play. Among New Paltz's highlights of the season, none were more impactful than the Hawks' series win over defending national champion SUNY Cortland, marking the first time ever that New Paltz beat the Red Dragons multiple times in a season. Playing one of the toughest schedules in NCAA Division III, the Hawks went 7-22 (4-14 SUNYAC) in 2015. With a young team during Righter's inaugural season in 2014, the Hawks went 14-22 (6-12 SUNYAC) and topped MATT RIGHTER nationally-ranked Salisbury University in their season debut. Pitching Coach During the summer of 2015, Righter served as the head coach of the Saugerties Stallions of the Perfect Game Collegiate Baseball League during the Stallions' inaugural season, coaching a team filled with student-athletes from all levels of college baseball. Righter, a former pitcher in the Detroit Tigers' organization who advanced as high as Triple-A, worked as an assistant coach at his alma mater—Johns Hopkins University—from 2009-13. While at Johns Hopkins, he served as the head pitching coach in addition to being the program's recruiting coordinator. During his five years there, the Blue Jays went 161-64-2, won three Centennial

Conference titles from 2009-11 and qualified for the NCAA Division III College World Series in 2010. Furthermore, Johns Hopkins won five out of five Centennial Conference regular-season titles during his tenure with the Blue Jays. His pitching staff improved from a 5.66 ERA in 2009 to a 3.27 ERA in 2013. The Blue Jays qualified for the NCAA Division III Baseball Championship Tournament four out of his five years as an assistant coach at Johns Hopkins, and they twice made it to a regional championship game, going 4-2 in the South Regional in 2009 before taking the Mid-Atlantic Regional title in 2010. He has mentored three pitchers who have gone on to play professionally, and he coached two different national players of the year in 2010: Dave Kahn, the D3baseball.com National Player of the Year and the National Collegiate Baseball Writers Association (NCBWA) National Player of the Year, and Brian Youchak, the American Baseball Coaches Association (ABCA)/Rawlings National Player of the Year. Prior to becoming a full-time college coach, Righter played professional baseball in the Detroit Tigers' organization from 2004-08 as well as for the Southern Maryland Blue Crabs of the Atlantic League—an independent league—in 2009. Righter, whose 21st-round selection in the 2004 Major League Baseball First-Year Player Draft served as Johns Hopkins' highest-ever pick at the time, went on to play for the Toledo Mud Hens—the Tigers' Triple-A affiliate. In his five seasons playing professional baseball, he achieved an 18-15 record and a 4.26 ERA. Righter's coaching experience began in 2004, helping out Johns Hopkins' baseball team during the nontraditional portion of its schedule in the fall. He served in that capacity until becoming a full-time assistant coach in 2009. In addition to his duties as an assistant baseball coach at Johns Hopkins, Righter worked as an assistant men's basketball coach with the Blue Jays in 2012-13. Prior to becoming a coach and a professional baseball player, Righter played four years of varsity baseball and men's basketball at Johns Hopkins. The Blue Jays won four Centennial Conference baseball championships while he was an undergraduate student-athlete. In 2004, he was an integral part of a Blue Jay team that started the season 33-0 and was ranked No. 1 in Division III. Righter was named Johns Hopkins' "Male Athlete of the Year" after being named All-Conference in both sports. Righter earned his Bachelor of Arts degree in international relations from Johns Hopkins in 2004, and in 2009, he earned his Master’s in Business Administration from the University of Phoenix while playing at the Double-A level in the Tigers' organization.

Steve Delmar, who played baseball at Ulster County Community College from 2005-07, begins his first season as an assistant baseball coach at the State University of New York at New Paltz in 2016. This marks the second time that Delmar and Righter have worked together, as Delmar served as Righter’s assistant for the Saugerties Stallions of the Perfect Game League during the summer of 2015. Delmar’s past coaching experience also includes seven years as the head coach of Highland High School’s junior varsity baseball team from 2007-14. During this time, he also served as an assistant coach for Highland’s varsity baseball team, including the 2013 squad that won its division. He has coached an American Legion team, the Lloyd Huskies, for the past four years. In 2013, he led the team to the state championships as the team won the Ulster County Tournament. In 2015, Delmar became an assistant coach for Spackenkill High School’s STEVE DELMAR varsity baseball team, which would go on to win its division and the MidAssistant Coach Hudson Athletic League Championship. During his time playing baseball at Highland High School, Delmar was named an all-star by the Daily Freeman and Poughkeepsie Journal while also being named captain of both the baseball team and the golf team. Delmar, a native from Highland, N.Y., is currently working on completing his degree in recreation leadership and sports management.

Coach Delanoy played in 27 games at St. Bonaventure University in 2015, starting in 17 … posted a .214 batting average with 12 hits and four RBIs in 56 at-Bats … recorded two doubles … scored four runs and accumulated 14 total bases … notched nine hits and two runs in A-10 play … had a .250 slugging percentage and a .254 on-base percentage … made 33 putouts with 46 assists and four errors for a .952 fielding percentage. As a Freshman he played in 22 games, starting in seven … posted a .235 Batting average with four hits … scored three runs … accumulated four total bases … recorded two hits at Ohio (March 14) … had a hit and scored twice in A-10 play … recorded a .235 slugging percentage and a .278 on-base percentage … made 10 putouts with 17 assists and an error for a .964 fielding percentage. Prior to St. Bonaventure he transferred from Ulster County Community RANDY DELANOY College ... in his freshman year, he had a .402 Batting average with two doubles, a triple, 21 runs, eight RBI and a .448 on base percentage … was Hitting Coach awarded second team Region 15 third basemen... in his sophomore year, he batted .442 with three doubles, 23 runs, 11 RBI’s and a .462 on base percentage and was awarded second team Region 15 second basemen. In high school he led Kingston’s baseball team with a .402 Batting average... was awarded Daily Freeman first team second basemen and also played football. He is the son of Debbie and Randy ... has a brother, Andre ... majoring in sports studies.