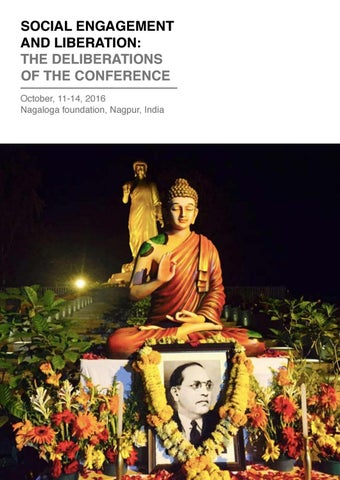 The 60th anniversary of Dr. Ambedkar’s momentous conversion took place on October 11th this year. 60 years ago his conversion was dismissed by most Indians and the Buddhist world, and was hardly noticed in the international arena. The picture is very different today. Now it is said that Dr. Ambedkar is the only truly national leader, being acclaimed by all political parties and most leading social activists. Buddhists throughout the world, especially socially engaged Buddhists are beginning to appreciate the social revolution he initiated through converting to Buddhism. And more and more people throughout the world are grateful for the example he gave of non-violent social change despite coming from one of the most structurally oppressed communities the world has known. In 1956, 500,000 so-called untouchables converted to Buddhism along with him. Now that figure could be 40 or 50 million and is growing all the time. The continual and numerous atrocities on Dalits all over India, remarkably result in Dalits looking much more at Dr. Ambedkar’s peaceful solution in Buddhism than violent revenge. There are over 220,000,000 Dalits in India. Given the enormous gratitude and respect most of them feel for Dr. Ambedkar, and the seeming inability of many Hindus to give up attachment to caste, it is likely that most of them will one day convert to Buddhism. Besides that many from the so-called Scheduled Tribes and Other Backward Classes (erstwhile Shudras) are becoming interested in Dr. Ambedkar’s solution to the inequality of Hinduism through Buddhism. To celebrate this great event, the full implications and greatness of which will take many more years to be fully realised, Nagaloka and INEB organised a four day conference on the theme of “Social Engagement and Liberation”, which was attended by many interested in engaged Buddhism from India and abroad. During these few days we looked at aspects of Dr. Ambedkar’s approach to Buddhism, and saw how not only Indian followers of his, but Buddhist from different traditions in east and west relate to them through their own understanding of the Dhamma. Dr. Ambedkar had no living Buddhist teachers or guides. He came to Buddhism entirely through reading (although there was little literature available in the first half of the last century), his deep reflection, and his overriding social concerns. He had been deeply influenced by the time he spent studying in USA, especially under John Dewey. There he came into contact with the values of liberty, equality and fraternity; they had such an impact on his that they became his final criteria for selecting a religion for him and his followers. Buddhism, he concluded, was the only religion that was in accord with them. These and other ingredients make his conversion quite unique, and bring a welcome freshness to Buddhism in the world today.

In the conference we explored three central aspects of his approach to Buddhism, which correspond roughly to the values of liberty, equality and fraternity, and illustrate the freshness of his approach. If anything my strongest experience in the 38 years of working with Dr.Ambedkarâ&amp;#x20AC;&amp;#x2122;s Buddhist followers is the empowerment that the Dhamma brings on many different levels, from the enormous psychological freedom experienced through no longer having to see oneself as a lesser human being, through to the deep psycho-spiritual changes that take place though serious and committed practice. On every introductory retreat I have led here, after a few days of Dhamma practice, people understand from their own experience that they can change their mental states, they understand how Dhamma practice can empower them, and they are filled with joy an gratitude. At Nagaloka we conduct an 8 month introductory residential course in basic Buddhist teachings and practices. The students come from some of the most deprived and oppressed backgrounds in India, often with little hope whatsoever. After a few months of Dhamma practice most feel transformed, with a new vision of life. They no longer have to be passive in the face of the terrible situation into which they were born, but they have confidence they can do something with their lives, not just for themselves, but for the wider society. One of my most dramatic experiences was in 1981 when I spent some time in Ahmedabad during the anti Dalit riots there. Every evening I would give talks on Dr. Ambedkar and Buddhism in the different Dalit slums. These talks were some of the most well-attended I have ever given there, and many came in blood stained-stained bandages. The remarkable thing was that they did not want revenge, they wanted basic human respect and dignity, they wanted to raise themselves out of this cruel, symbiotic relationship. They wanted liberation and the empowerment and for this they were looking to the Dhamma. There is a discussion today of different approaches to liberation in Buddhism. In the west, it seems some people approach Buddhist practice to enhance a subjective and individualistic approach to life. This was not the empowerment that Dr. Ambedkar implied. While he emphasised the basic practices of Going For Refuge, Sila and the Noble Eight fold Path, he also emphasised the Paramitas, that enable us to overcome our the weaknesses that limit us from effectively contributing to creating a better society. He saw the Dhamma not in an overly personal way, but as self transcending with immeasurable social implications. The Dhamma shows how to make the best of our human lives though going beyond our own personal needs and relating to the welfare of others and society at large. This is brought out by the next aspect of his approach. In his book, The Buddha and His Dhamma, he says the practice of Saddhamma has two functions, the purification of mind and the creation of a better society. Each is implicit in the other. Dr. Ambedkar suggests that our practice of Prajna, Sila, Karuna and Metta, have to be evaluated to the extent they lead us to break down barriers between people and establish equality. One can appreciate how crucial this was

to Dr. Ambedkar from his experience of untouchability, but he is making a point that is intrinsic to all Dhamma practice, whether it is meditating on sunyata, or satkayaditthi (the fetter of self view), or cultivating the four Brahma Viharas. If they are really Dhamma practices, he implies, they have to manifest in our behaviour, in the way we engage with others and the world. If we want to accomplish something in the world we have to organise ourselves and the third aspect of the Dhamma I want to touch on concerns governance. The Buddha talked of the Dhammarajya, governance according to the principles of the Dhamma. Bringing about a society in which all could live the best of human lives was essential to the approach of Dr. Ambedkar; he used the term Prabuddha Bharat, Enlightened India, to signify this. The Sangha is the means by which we begin to bridge the gap between the transforming individual and the wider society we want to see transformed. By the way Dr. Ambedkar talked of Sangha as including dedicated lay people as well as monks and nuns. He talked of them being empowered through the Dhamma so that they could better work for the welfare of the world. But he also talked of the Sangha as setting an example to the wider society of how to live skilfully; he saw it as constituting a microcosm of the better world to which it is committed to bringing into being. When

he introduced the new constitution to the Indian Parliament, he emphasised that democracy was not new to India but had been the basis of relations in the Sangha in the time of the Buddha. This was not mere political democracy; the essence of democracy to him was fraternity, and this, he said, was the same ethics and metta. This is the sort of example we can expect from the Sangha. To the extent that we consider ourselves Buddhists, to the extent that we want to see a better world, to that extent we should be trying to imbue our work together with the spirit of fraternity or metta. While these aspects of Dr. Ambedkarâ&amp;#x20AC;&amp;#x2122;s approach to the Dhamma are not couched in traditional Buddhist terms, they represent questions that all Buddhists can usefully reflect on; to what extent does the Dhamma empower us not in a selfish sense but in a self transcending, other-regarding sense; how does our practice express itself in the way we relate to others, and overcome the samsaric tendencies of divisiveness; and to what extent does our practice of ethics and metta permeate the way we work together with other? It is these questions that we explored in some depth, at Nagaloka between 11th until 14th October this year, with the help of experienced and engaged practitioners from all parts of the world and from various traditions. 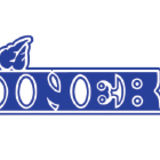