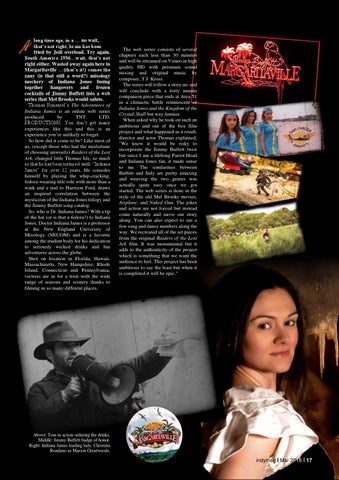 long time ago, in a … no wait, that’s not right, brain has been fried by Jedi overload. Try again. South America 1936…wait, that’s not right either. Wasted away again here in Margaritaville …(that’s it!) comes the zany (is that still a word?) mixology mockery of Indiana Jones fusing together hangovers and frozen cocktails of Jimmy Buffett into a web series that Mel Brooks would salute. Thomas Pimentel’s The Adventures of Indiana James is an online web series produced by TNT LTD. PRODUCTIONS. You don’t get many experiences like this and this is an experience you’re unlikely to forget. So how did it come to be? Like most of us, (except those who had the misfortune of choosing unwisely) Raiders of the Lost Ark, changed little Thomas life, so much so that he has been tortured with “Indiana James” for over 12 years. He consoles himself by playing the whip-cracking, fedora-wearing title role with more than a wink and a nod to Harrison Ford, draws an inspired correlation between the mysticism of the Indiana Jones trilogy and the Jimmy Buffett song catalog. So, who is Dr. Indiana James? With a tip of the hat (or is that a fedora?) to Indiana Jones, Doctor Indiana James is a professor at the New England University of Mixology (NEUOM) and is a favorite among the student body for his dedication to seriously wicked drinks and fun adventures across the globe. Shot on location in Florida, Hawaii, Massachusetts, New Hampshire, Rhode Island, Connecticut and Pennsylvania, viewers are in for a treat with the wide range of seasons and scenery thanks to filming in so many different places.

The web series consists of several chapters each less than 30 minutes and will be streamed on Vimeo in high quality HD with premium sound mixing and original music by composer, T.J. Kross. The series will follow a story arc and will conclude with a forty minute companion piece that ends at Area 51 in a climactic battle reminiscent of Indiana Jones and the Kingdom of the Crystal Skull but way funnier. When asked why he took on such an ambitious and out of the box film project and what happened as a result, director and actor Thomas explained, "We knew it would be risky to incorporate the Jimmy Buffett twist but since I am a lifelong Parrot Head and Indiana Jones fan, it made sense to me. The similarities between Buffett and Indy are pretty amazing and weaving the two genres was actually quite easy once we got started. The web series is done in the style of the old Mel Brooks movies, Airplane, and Naked Gun. The jokes and action are not forced but instead come naturally and move our story along. You can also expect to see a few song and dance numbers along the way. We recreated all of the set pieces from the original Raiders of the Lost Ark film. It was monumental but it adds to the authenticity of the project which is something that we want the audience to feel. This project has been ambitious to say the least but when it is completed it will be epic." 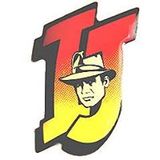