No. 10616 UNITED STATES OF AMERICA and INDONESIA Agreement concerning the establishment of a United States Naval Medical Research Unit in Indonesia. Signed at Djakarta on 16 January 1970 Authentic text: English. Registered by the United States of America on 3 August 1970.

FACILITEES The Department of Health through the Directorate General of Communi cable Disease Control (hereinafter referred to as &quot;CDC&quot;) shall make available appropriate laboratory space without rental charges for a period of at least ten years. Prior to occupancy by NAMRU-2 the building or buildings shall be rendered suitable to NAMRU-2 by the Government of Indonesia. Within budgetary limitations, modifications in the building or buildings necessary for specific NAMRU-2 studies shall be undertaken by the Department of Health under the guidance of CDC and NAMR.u-2. CDC shall maintain and repair the building and provide custodial care and utilities, without cost to the Govern ment of the United States. The Government of the United States will supply equipment and supplies for the operation of the laboratory and may employ such local personnel as it deems necessary to assist in the installation of the equipment and the operation of the laboratory. Upon the termination of this Agreement, the exclusive use of the building, with all fixed equipment installed by NAMRU-2, shall be vested in the Government of Indonesia.

PERSONNEL The Government of the United States will provide technical or other personnel to carry out the medical research program provided for by this Agreement. These personnel shall be accorded exemption from all entry duties and all other taxes for all official supplies and equipment, including motor vehicles, imported into Indonesia in connection with the medical research and administrative operations of NAMRU-2. All United States citizen personnel assigned to NAMRU-2 in Indonesia or employed by it, and their dependents, shall be accorded the same tax and duty exemptions and other privileges and immunities as are accorded by the Government of Indonesia to administrative and technical staff of the United States Embassy in Indonesia. United States citizens participating in or observing NAMRU-2 research activities for temporary periods end who have been properly identified in advance of their arrival by the Embassy of the United States to the Department of Foreign Affairs of the Government of Indonesia shall be granted duty- and tax-free entry for their baggage and personal effects. NAMRU-2 shall be permitted to employ such No. 10616

HOUSING OF PERSONNEL The Government of Indonesia shall provide adequate and suitable housing, whenever available, for United States citizen personnel assigned to NAMRU-2 in Indonesia Article VI

FIELD WORK Except in areas where travel might be prohibited for reasons of security or personal safety, personnel and vehicles of NAMRU-2 shall be permitted to travel without restriction throughout Indonesia for the purpose of gathering research data and of observing various medical phenomena under field con ditions. When expeditions are conducted jointly by NAMRU-2 and an agency of the Government of Indonesia, the expenses shall be shared proportionately by the two Governments. Information gathered on these expeditions shall be available to both Governments. To facilitate epidemiological studies requiring continual intensive work in field locations, the establishment of small field laboratories outside of Djakarta shall be permitted. These laboratories will be subordinate to the main NAMRU-2 center in Djakarta and will be staffed with American and local personnel assigned from Djakarta. All costs relating to establishment and operation of such field laboratories will be borne by NAMRU-2.

COOPERATIVE PROGRAMS Cooperative programs of research and training shall be encouraged to the extent compatible with the research mission of NAMRU-2. Such cooperative programs may include collaborative studies with CDC, National Institute of Medical Research, schools of medicine, and other Indonesian civil and military health and research agencies. Such programs may also include the assignment No. 10616

150_________United Nations â&amp;#x20AC;&amp;#x201D; Treaty Series_________1970 of qualified Indonesian research personnel to NAMRU-2 for collaborative research or additional training, and the acceptance, without remuneration, of university faculty appointments by personnel of NAMRU-2. NAMRU-2 may, subject to agreement with the Department of Health, establish direct com munications with or through appropriate Indonesian agencies or officials interested in collaborative research programs or in other matters of a purely professional nature. NAMR.u-2 shall cooperate with appropriate Indonesian health agencies, to the fullest extent possible consistent with its research mission, in the study of epidemics of a national emergency severity.

Subject to the concurrence of appropriate Indonesian Government officials, NAMRU-2 shall be permitted to import and export, without charge by the Government of Indonesia, non-infected and infected (but non-infectious) biological specimens in the pursuit of scientific studies.

SHORT-TERM STUDIES OUTSIDE INDONESIA Subject to the concurrence of the Government of Indonesia and the other governments concerned, the NAMRU-2 laboratory in Djakarta may serve as the center of operations for short-term epidemiological studies in other countries.

REPORTS AND PUBLICATIONS NAMRU-2 shall furnish appropriate Departments of the Government of Indonesia, the National Institute of Medical Research, the CDC, and other appropriate health and research agencies, with periodic progress reports on the results of scientific research conducted by NAMRU-2. Publications by NAMRU-2 No. 10616

152________United Nations â&amp;#x20AC;&amp;#x201D; Treaty Series_______1970 resulting from research studies done in Indonesia shall be submitted for clear ance to Indonesian health or research agencies. Publications resulting from collaborative research projects with an Indonesian author will be cleared by the Commanding Officer of NAMRU-2 prior to submission for publication.

PROVISION OF RUPIAH The Government of Indonesia shall make rupiah available to NAMRU-2 for the administrative and operating expenses incurred by NAMRU-2 in con nection with scientific research under this Agreement. Article XII

ENTRY INTO FORCE This Agreement shall enter into force upon the date of signature. It may at anytime be terminated by mutual agreement of the two Governments, and after ten years may be terminated by either Government upon at least sixty days notice. DONE at Djakarta, in duplicate, this 16th day of January, 1970. For the Government of the United States of America:

For the Government of the Republic of Indonesia:

No. 10616 UNITED STATES OF AMERICA and INDONESIA Agreement concerning the establishment of a United States Naval Medical Research Unit in Indonesia. Signed at Djakarta on 16 January 1970 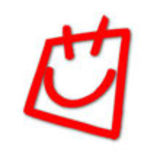