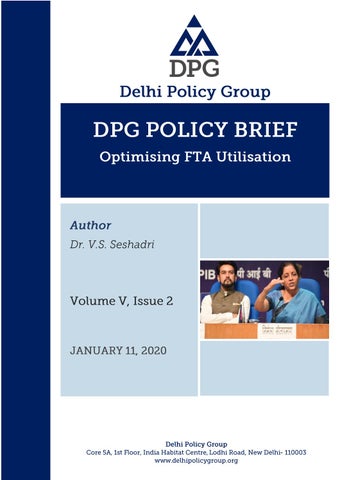 Founded in 1994, the Delhi Policy Group is among India’s oldest independent think tanks with its primary focus on international and strategic issues of critical national interest. Over the past decades, the Delhi Policy Group has established itself in both domestic and international circles, particularly in the area of national security. In keeping with India’s increasing global profile as a leading power and the accompanying dynamism of India’s foreign and security policy, the Delhi Policy Group has expanded its focus areas to include India’s broader regional and global role; India’s initiatives to strengthen its strategic periphery; India’s political, security and connectivity challenges and policies across the Indo-Pacific; and the strategic partnerships that advance India’s rise. To support these goals, the DPG undertakes research, publishes policy reports and organises conferences on strategic and geo-political, geoeconomic, and defence and security issues.

The views expressed in this piece are those of the author and should not be attributed to the Delhi Policy Group as an Institution.