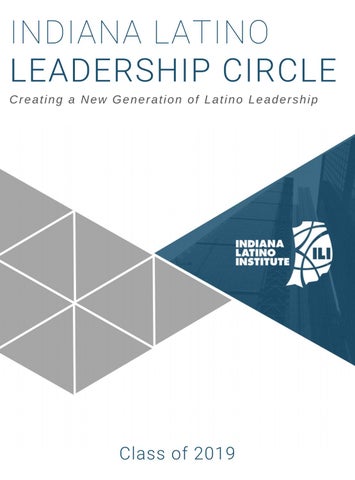 The purpose of the Latino Leadership Circle is to identify and mentor emerging Latino leaders by connecting them with respected, influential community leaders and strategic empowerment opportunities. The programâ&amp;#x20AC;&amp;#x2122;s goal is to increase the pool of Latino leaders within Indiana to further the development of communities throughout the state. The Latino Leadership Circle Program is an annual, year-long commitment that incorporates a multi-pronged approach to bring young, emerging Latinos front and center, both within the Latino community as well as within the larger community. Through individualized mentoring, networking, and leadership development opportunities and think tank sessions based on issues of importance, these talented, young leaders will have unique opportunities to learn from established Latino community members as well as gain valuable skills that will focus on their empowerment. By nurturing young men and women statewide and connecting them with opportunities that make a significant community impact, we are directly raising the profile, wellbeing, and economic impact of the community while building a solid foundation of bright, qualified Latino leaders as impactful citizens and role models for our youth.

Heydy Andolz, is an Associate Consultant Engineer for Eli Lilly &amp; Company. Born and raised in Puerto Rico, Heydy graduated from Purdue University with a bachelors and masters degree in Material Science and Engineering. After graduation, she worked for 4 years at Raytheon Indianapolis as a metallurgist working at their quality assurance failure analysis laboratory. In 2008, she joined Eli Lilly as a packaging engineer in charge of developing drug substance primary packaging aaaaaa platforms. She has been with Eli Lilly for 10 years where her previous roles included, packaging engineer platform owner for both primary packaging of drug substance and drug protocol. In 2015, she moved to her current role as a human factors engineer under the Device Research and Development organization where she ensures safety and effectiveness of Eli Lillyâ&amp;#x20AC;&amp;#x2122;s delivery device systems to their patients. Heydy enjoys entertaining all her sonâ&amp;#x20AC;&amp;#x2122;s activities from school, piano, and sports. She loves going on vacations with her family and salsa dancing with her friends.

As the Social Media Manager for Marian University Indianapolis, Sonya Chevigny manages a portfolio of 15 social media profiles and aaaa supports a community of over 250 Marian affiliated accounts. Apart from her daily duties, Sonya is part of the Latin@ Initiative at the university, aiming to provide Latin@ high school students with more opportunities to higher education. Born and raised in Indianapolis, Sonya attended Northwest High School and was valedictorian of her class. She graduated from the University of Evansville with a double major in Global Business and Management Information Systems. Sonya has previously served as the Secretary and Compliance Officer for the Indianapolis chapter of the National Society of Hispanic MBAs, now Prospanica. In her spare time, she has served as a religious education teacher preparing over 100 students for First Communion and Reconciliation sacraments at Saint Anthony Catholic Church. Sonya lives in the Butler-Tarkington neighborhood with her husband Jules, her son Isaac, and dog Lucy.

Abel Contreras is the Assistant Associate General Counsel at the Indianapolis Airport Authority. Prior to pursuing a legal career, he had a ten-year career as a corporate property and casualty insurance broker. Abel began his legal career as an attorney primarily focused on family law and civil litigation and holds a Juris Doctor Degree. He has represented clients for the Indiana Coalition Against Domestic Violence and he has also acted as a Guardian Ad Litem on behalf of Kids Voice of Indiana. Abel has also volunteered for organizations such as Boys &amp; Girls Clubs in Indianapolis and School on Wheels, an organization providing one-on-one tutoring for children impacted by homelessness. In his free time, Abel is an avid tennis fan and enjoys spending time with his family.

Andrea Fonseca is currently the Vice President Senior Private Banking for Huntington National Bank. She is a 2003 graduate of the University of Florida, Gainesville with a Bachelor of Arts aa in Business Administration. Andrea also earned her MBA from Indiana Wesleyan University in 2008 and her CTP certification in aaaaaaa 2010. Andrea has spent 14 years at Huntington Bank in various positions prior to her current role in the Private Bank. Originally, she was a Branch Manager for 6 years and then transferred into a Treasury Management Sales role for an additional 6 years. During her time in Treasury Management, Andrea had the opportunity to cover every segment of the bank. Most recently, Andrea was a Deposit Price Manager- in her role she was responsible for managing interest expense and deposit growth for the Business Banking, Commercial, and Government segments. Outside of work, Andrea enjoys spending time with her husband and 3 kids. They all participate in numerous sports, but when there is free time Andrea and her family love to travel. Andrea volunteers at various organizations that focus on kids.

Edwardo Garcia is a Marketing Brand Manager at Eli Lilly &amp; Company. He is a rising Latino leader in the company, recognized for visionary thinking and his ability to effectively challenge the status quo. Before joining Lilly, Edwardo gained a collective 8-years of business experience at Rolls Royce Corp, Roche, and NYUMC. Edwardo earned a Bachelor of Science from New York University, a Bachelor of Engineering from Stevens Institute of Technology, and a Master of Science from Purdue University. Originally a native of New York, Edwardo has called Indiana home for the last 10 years. He currently lives in Fishers with his lovely wife, Amber, and three beautiful children.

Helmuth Gonzalez is the Senior Reliability Engineer for Carrier’s HVAC residential business unit. He was born in Managua, Nicaragua and raised in Miami, FL. Helmuth received his B.S. in Mechanical Engineering and his B.S in Aerospace Engineering from the University of Florida and his M.S in reliability engineering from the University of Maryland. He joined General Electric’s prestigious Edison Engineering Development Program in 2011 and by 2013 he was a Design Engineer in Louisville, KY with GE Appliances involved in product aaaaa cost-out opportunities. In 2015, he was a Lead Design Engineer involved in various projects addressing product damage reductions and craftsmanship. His fairytale became a reality when he married his Australian wife whom he met in Australia while studying abroad- they now have three beautiful children aged 17, 8, and 4. When his oldest daughter’s mental health started to decline and, seeking better medical treatment, Helmuth moved his family to Indianapolis.

Juan Guzman currently serves as the Service Line Director for Orthopedics &amp; Neurosciences at Indiana University Health West Hospital. In his role, he is responsible for the development of the service lineâ&amp;#x20AC;&amp;#x2122;s long-term vision to meet the needs of the community. In addition to his service line oversight, he oversees aaaaaaaaaa aa the activation planning and execution for the IU Health West Hospital expansion project, an $83M investment, set to be complete by 2021. Aa He also oversees hospital departments such as Retail Services, Security and others. Prior to his current role, Juan served as Director of Planning for IU Health West Hospital where he led the strategic planning process for the facility. Originally, from Fort Wayne, IN and a first generation American and college graduate, he received his Master of Health Administration (MHA) and B.S. in Health Services Management from IUPUI. Juan enjoys traveling, spending time with family and friends, and volunteering with organizations such as Starfish Initiative and the MHA Program at IUPUI. Juan and his wife Elana currently reside in Brownsburg, IN.

Anabel Menifee is the Director of Admissions for Ivy Tech Community College â&amp;#x20AC;&amp;#x201C; Indianapolis, where she leads the team in the implementation of the strategic enrollment plan. She creates and assesses the enrollment policies/procedures for the aaa entire campus. Anabel holds a M.A. Degree in Organizational Management with a concentration on Global Management. She has worked in higher education for a total of 13 years; her previous roles include a large public research institution, a small selective liberal arts schools, and a medical school. She has been an active member of several national organizations and regional affiliates that govern and support professionals in higher educations, such as NACAC, CASE V, and AACOM. Anabel, her husband, and their three children are all transplants from Illinois. She is building a foundation in Indiana, while contributing to the growth and prosperity of her community.

Matzine A. Sanchez-Gutierrez is currently the Supply Chain Manager for TA Services. Born in Queretaro, Mexico, she received her bachelorâ&amp;#x20AC;&amp;#x2122;s degree from Ball State University in Communication Studies and International Business. She also earned an MPA from ITESM through BSU and recently an MBA from Anderson University. Matzine has a strong background in Logistics Supply aaaa aaaa Chain Management. During her tenure at TA Services she has been recognized for her proven track record of success in business development and service to her clients, overseeing some of the firmâ&amp;#x20AC;&amp;#x2122;s largest and most profitable client relationships within Mexico. Over the years, she has been highly engaged with numerous organizations in Indianapolis including serving as President of the local chapter of RGMX, current chapter President of Prospanica, and also serving as a current board member for Child Advocates and Project Stepping Stone. Matzine enjoys traveling, reading a good book, and always learning something new. 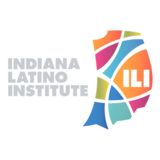