28 Keep your finger on the pulse when it comes to the fast-moving, ever-evolving world of architecture and product design.

DESIGN NEWS A house is made a home by the materials, appliances, finishes and furniture its residents choose to live with. Each issue we are dedicated to presenting to you, our reader, the latest, best and most iconic designs so you are able to make the most informed decisions when fitting out or updating your own homes.

Habitus has identified 20 of the most outstanding examples of recently completed residential architecture for the 2019 Habitus House of the Year selection. Cast your vote for the People’s Choice Award at habitusliving.com/houseoftheyear 050 HOUSE IN A HOUSE Sri Lanka PUR Architecture

Welcome to another year of Habitus House of the Year and 20 new projects that we feel exemplify what it means to live a life through design in the Indo Pacific Region. We have selected these houses for their response to site, formal expression of a brief, and clarity of purpose. Cast your vote for Peopleâ&#x20AC;&#x2122;s Choice. habitusliving.com/houseoftheyear

The clients and designers merged during the evolution of this house, much as the different spaces within the house itself continually merge and separate.

Retaining the old structure on such a small plot made organising space a challenge – one taken up with enthusiasm by the architects, with some intriguing results.

he architects speak of this as a renovated house. The drawings show that actually only some columns and beams have been retained, while the old floor has been taken out. So, while it is not strictlyspeaking a conversion, it can reasonably be seen as one from the point of view of the clients – a young couple with a ‘simple lifestyle’ – and the designer. Umbrella House is located deep in the high density housing quarter of Ho Chi Minh City and there’s not too much of interest in close proximity, hence the architects chose to focus on the interiors. Accordingly, every part of the site is used, but not every nook and cranny is utilised, ensuring that the small house is compact but not compressed. The construction components (walls, beams, columns, stairs and so forth) are also used as interior elements. Each of them appears in only one or two places, so it does not repeat itself while maximising its uniqueness. The whole house is a series of cleverly designed spaces and seemingly, nothing is redundant.

Spatial organisation becomes a game of visual juxposition in the architects’ hands. We can see their intention to make familiar elements unfamiliar in the face of common sense: the ceiling is made of glass like a curtain wall and the ground is paved with air-bricks like a screen wall. The intention is to create perceptual confusion: the old structure is finished like a new one, while the new elements are made as old (brick walls, concrete ceilings and stairs are not plastered or painted); the bedroom, which should be private and discreet, is open; the kitchen, which should be lightfilled and ventilated, is shielded. The intention is to create dramatic situations: backgrounding the sophisticated forms (of furnishings and fittings) and orienting views from spacious areas to cramped ones, creating shadows to draw attention to the light sources, and the use of white paint to emphasise the prominence of dark holes. Glass and bricks are used – because they make sense. Not only does transparency help to expand views and draw in light, but being allowed to see something behind glass also creates the effect of photo-collage because of the reflected images. Bricks on the internal wall seem separated from each other and create the sense that this wall is broken by being ‘bent’ or overloaded by the stairs. The convex surface has a tendency to push everything away from it, but two walls bending in, in opposite directions, create a conflict and squeeze the stairs between them.

Two walls bending in – in opposite directions – squeeze the stairs between them.

OPENER | THE ENTRANCE TO UMBRELLA HOUSE BLURS THE LINE BETWEEN INDOORS AND OUT. ABOVE | THE PATTERN OF THE FRONT YARD IS PULLED INSIDE THE HOUSE, SHOWN HERE BETWEEN THE LIVING ROOM AND THE DINING AREA. OPPOSITE | BENT AND REVERSED, STAIRS APPEAR IN DIFFERENT PLACES LIKE PLAYING HIDE AND SEEK. VIEW FROM KITCHEN (ABOVE) AND DINING AREA (BELOW).

Designed to respond to the diurnal rhythm of sunrise and sunset, this house floats immaterially above the ground.

A ten-minute ferry trip takes you from one world to a place and a house where life moves to a slower and more enriching rhythm.

here can be few more magical places. Just over an hour’s drive from Sydney is Pittwater, formed on one side by the peninsula ending at Palm Beach and on the other by a national park, while in between lies the majestic opening to the Pacific Ocean. Great Mackerel Beach lies at the foot of the national park escarpment and is only accessible by water. To live here is to be part of a special world of extraordinary beauty. So, it is fitting that there be a transition and this is the short ferry ride which, as it approaches the little wharf, gives us the perfect introduction to this modest, but distinctive house. Hart House’s dark tones enable it to blend in with the escarpment which towers over it and with the rich greenery surrounding it. It is perfectly framed by a handsome Gum on one side and a vivacious Sheoak on the other. Like most of the small number of houses at Great Mackerel Beach, it sits directly above the water of the bay and is cut into the hill, sitting on a sandstone base. The base, in fact, is a series of terraces made from sandstone blocks cut from the site. Wrapped in a corrugated metal shell, the house, in the words of architect Rob Brown, is like “a shell on the beach with the animal coming out of it”. Rob has himself owned a house here for 12 years and built another distinctive house just a little further along the beach 18 years ago. This experience helps, he says, getting to know the finer points of living in this little piece of paradise – like the micro-climate and the rhythms peculiar to the place such as the halfhourly ferry arrivals and departures. The house he describes as a warm shell with a panoramic view. In fact, at 120 square metres it is very small but feels big because of the way it opens up to the vista of Pittwater and the 5.5 metre-height of the upstairs living/ dining/kitchen space with its sliding doors

OPENER | VIEW FROM THE WATER: THE HOUSE IS FRAMED BY TREES AGAINST THE BACKDROP OF THE ESCARPMENT. ABOVE | THE MAIN LIVING/DINING/KITCHEN SPACE ENJOYS MAGNIFICENT VIEWS EAST AND NORTH ACROSS PITTWATER.

A holiday house for family and friends on Tasmaniaâ&#x20AC;&#x2122;s idyllic Bruny Island celebrates the character of the island and offers a total change of pace for the owners.

Set in the Southern Alps of New Zealand, Bivvy House alludes to old improvised miners’ huts – like bivouacs – and the quirky geometries of local contours and sightlines. 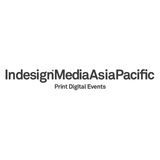