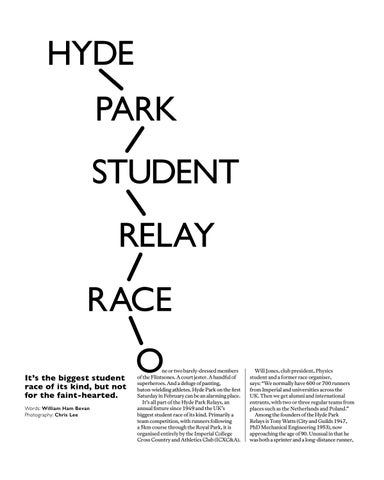 ne or two barely-dressed members of the Flintsones. A court jester. A handful of superheroes. And a deluge of panting, baton-wielding athletes. Hyde Park on the first Saturday in February can be an alarming place. It’s all part of the Hyde Park Relays, an annual fixture since 1949 and the UK’s biggest student race of its kind. Primarily a team competition, with runners following a 5km course through the Royal Park, it is organised entirely by the Imperial College Cross Country and Athletics Club (ICXC&amp;A).

Will Jones, club president, Physics student and a former race organiser, says: “We normally have 600 or 700 runners from Imperial and universities across the UK. Then we get alumni and international entrants, with two or three regular teams from places such as the Netherlands and Poland.” Among the founders of the Hyde Park Relays is Tony Watts (City and Guilds 1947, PhD Mechanical Engineering 1953), now approaching the age of 90. Unusual in that he was both a sprinter and a long-distance runner,

Imperial is the College's magazine for our friends, supporters and alumni. In Issue 42, published in June 2017, we explore our brains makes us, us; learn why the discovery of nothing at CERN means everything; and brave the February cold to uncover the story of the Hyde Park Relays. 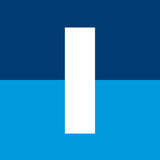