THE DISRUPTER REVOLUTION range of lightweight disrupters that can defeat metallic targets such as pipe bombs, pressure cookers and propane tanks with a water Proparms shot alone, thus reducing 12.5mm any chance of causing an Recoilless aggressive target reaction Waterjet Disrupter mounted and ﬁred such as detonation. With new acts of terrorism on empty cola The new range of can. and IED threats occurring disrupters includes the daily, Counter-IED equipment Wizard Recoilless Disrupter, needs to be more relevant to which complements the existing current issues and threats. With range of recoilless disrupters, which robotic platforms getting smaller and are in service around the world. The lighter, disrupter suppliers must also Wizard Disrupter is very lightweight meet the new need of accommodating and ideally suited for robotic robots that can carry less weight and applications. The lack of recoil are not able to absorb recoil of older minimizes damage to the mechanics generation disrupters. on robotic platforms. This not only saves money on expensive repairs, roparms Ltd. carried out an but also reduces the time the robot extensive R&D programme may be out of commission. The to bring a new range of Wizard Disrupter may also be used high- powered systems to for manual deployment and can market that meet the various needs even be ﬁred from a regular camera of our users. This now includes in tripod, causing no damage to the our family of recoilless disrupters, a

disrupter or its stand. With only three components, the Wizard Disrupter is user-friendly and easy to assemble, with no breech and no tools required for setup and preparation. = For further details on Proparms Disrupters, including the new Wizard Recoilless Disrupter, please contact Proparms Ltd. at: info@proparms.com.

CBNW features authoritative, in-depth analyses of threats and modus operandi of states and non-state actors developing and deploying nonconventional weapons, and up-to-date accounts of the technologies, responses, training, and policies being developed to counter these threats.

CBNW is distributed free to defence

The hard road ahead

between CBRN and everything else

THE PRECURSORS: DESTRUCTION OF CHEMICAL WEAPONS THREATS TO TRANSIT On land and sea

IS IT MOTHER NATURE? Defining bioterrorism

TRANSITION The impact of Ebola

WAR ON ALL FRONTS ISIL and CBRN 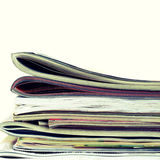