Women in positions of religious authority

What roles did Malay and Indonesian women play in early twentieth century religious reform? Both Muslims and Christians felt confronted in this period by a need to adapt their practices and institutions to modern times. Increasing women’s participation in religious education, ritual, and proselytization was a key aspect of this urge for renewal. Yet, very little has been written about women in positions of religious authority and historical research about women and women’s movements has a decidedly secular imprint. At the same time, the study of religion is deeply biased toward men. In both perspectives, female religious authority is a neglected theme. How did women, whose experiences were shaped largely by and through religious engagement, navigate a changing world and their own place therein? Three brief portraits provide a glimpse. They suggest that the agency of these women was more significant than commonly assumed, and also, albeit often confined to local spheres, both reflective of and conducive to new paths for social mobility. refused to accept subsidies from the colonial government, and stated that she aimed to teach “young Muslimas, the daughters of Indonesia”, using the nationalist term for the territory.10 Diniyyah Puteri was a prestigious school in the colonial era, and remained so after Indonesian independence. As early as the 1930s, some of its graduates continued their religious education in Egypt, a global centre for modernist Islamic learning.11 In the 1950s, Rahmah herself became the first woman to receive the honorary title syeikhah from the famous Al-Azhar University in Cairo, an acknowledgement of her prominent role as a scholar of Islam. Nowadays, Diniyyah Puteri is still a flourishing institution that offers Islamic education from primary school up to secondary school level. The school will soon celebrate its one-hundredth anniversary.

Spearheading Islamic education for girls: Rahmah el Yunusiyah The 1920s have been characterized as “an age in motion”, a period of new ideologies, new technologies, new media, new forms of education, and new visions of the future.1 It is in this period that Rahmah el Yunusiyah (1900-1969) came of age. Rahmah was one of the most prominent figures in Islamic education for girls in the Netherlands Indies, and continued to play an important role in education and religious politics after Indonesian independence. Her life story poignantly illustrates how some Indonesian women were able to gain significant religious authority, in spite of their doubly marginalized position as colonized women in a racially structured society that valued men over women. Rahmah was born in West Sumatra, a region known throughout the Netherlands Indies for the prominent place of Islam in local culture, and for the particularities of Minangkabau society. The Minangkabau are well-known for their matrilineal traditions. The family line, and to some extent property, passes through female family members. In line with this strong position of Minangkabau women, West Sumatra has a longstanding tradition of girls’ education in Quranic schools.2 Rahmah el Yunusiyah played a crucial part in expanding girls’ education in her region into the realm of secular knowledge. Around the beginning of the twentieth century, more and more parents sent their daughters to European-style secular schools established by the colonial government. Rahmah believed that a different kind of education was needed for local girls. Her passion for religious knowledge and education was sparked early in life. She came from

a family of ulama, scholars of Islam, and received practical and religious education from the women in her family. Her older brother, Zainuddin Labay el Yunusy, founded a coeducational primary school for Islamic education.3 Rahmah, however, argued that girls should have the opportunity to follow a designated educational programme in an all-female environment. This, she believed, was required in Islam. In Rahmah’s eyes, women’s religious education ran the risk of being neglected in favour of men’s, and she was determined to change this. After divorcing her husband, to whom she had been married off at age fourteen, she remained unmarried and dedicated her life to the cause of women’s education.4 In 1923, at the age of 23, Rahmah opened a new school called Diniyyah Puteri [Religious Education for Girls] in a mosque in Padang Panjang. To raise the necessary funds, she had travelled extensively through West Sumatra and Aceh. The school was a novelty in the Netherlands Indies, offering a combination of religious and secular education in a girls-only boarding school environment. The curriculum was not restricted to religious education and Arabic, as was common in traditional Quranic schools. Instead, the programme included a range of secular school subjects such as history, Dutch and English, geography, and economics. Diniyyah Puteri quickly gained popularity in West Sumatra and beyond, and five years after its opening the school moved to a large two-storey building that served as a pondok [dormitory]. By the end of the 1930s, hundreds of girls were registered, hailing from as far as modern-day Malaysia, Singapore, and Ambon. One of them was Aishah Ghani, a future minister of independent Malaysia.5

Ideologically, Diniyyah Puteri was part of the kaum muda [young generation]. This was a political and educational movement that aimed to strengthen Islam by integrating Western science into the religion. By combining Islamic with secular, ‘modern’ knowledge, kaum muda schools, including girls’ schools, sought to educate a new generation of Muslim intellectuals capable of freeing Islam from colonialism.6 They were regularly raided by the colonial police and many were closed down by the government. This never happened to Diniyyah Puteri, however, possibly because Rahmah refused to align her school with overtly anticolonial organizations such as PERMI (Persatuan Muslimin Indonesia, the Indonesian Muslim Union). The government considered PERMI a grave threat and did everything it could to frustrate the organization. Its schools were frequently raided and in 1932, PERMI leader Rasuna Said (1910-1965) became the first Indonesian woman to be imprisoned for anticolonial activities.7 Interestingly, Rasuna was a former teacher at Diniyyah Puteri who had left the school after a conflict with Rahmah about the content of its education. Rasuna wanted her classes to have an anticolonial character, while Rahmah insisted that the school should be politically neutral.8 That said, Diniyyah Puteri did have an undeniably nationalist outlook. In the school newsletters Soeara Moerid [The Voice of the Students] and Kodrat Moeda [Force of the Youth] students wrote about the important role of Muslim women in the struggle against colonialism. Soeara Moeda stopped appearing in 1926 after its editor-in-chief was arrested and sent to the Boven-Digoel prison camp by the colonial authorities.9 As convinced of the importance of Indonesian independence as her students, Rahmah herself

At the forefront of public life: Khaironnisah Mohd Ali As in West Sumatra, the 1920s and 1930s in Penang could rightly be called “an age in motion”. Like other port cities in the region, such as Bangkok, Rangoon, and Batavia, this island just off the coast of the Malay peninsula became a centre of social and political change. Alongside Singapore and Malacca, Penang was part of the so-called British Straits Settlements. The expansion of trade and commerce, the development of the local press, a thriving cultural scene, and a wide range of new religious and political movements created unprecedented opportunities for social mobility and emancipation. Women across social classes benefited from this atmosphere of change as they joined local and international organizations, secured access to education, and found employment in local schools, hospitals, offices, and banks.12 It is in this atmosphere of possibilities that Khaironnisah binti Mohd Ali (1933-2017) was born.13 Her father was a clerk at the Hollandsche Bank [Dutch Bank], while her mother took care of six children. The family lived in Jelutong, a peri-urban area outside the island’s main city Georgetown. From the age of seven onwards, Khaironnisah attended a local Malaymedium primary school. During the Japanese occupation, this school remained open, teaching children Japanese in the morning and religion in the afternoon. Khaironnisah was a good student and at twelve years old she already taught the Quran to younger children. But she entered the most formative years of her education only after the war. Together with a few friends, she was enrolled by her religious teacher in the famous Al-Mashoor school in Georgetown. Founded in 1916, Sekolah al-Mashoor was one of the most important institutions of modernist Islamic education in Southeast Asia.14 In contrast to traditional 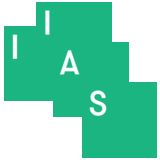 Recentering the Bay of Bengal. Connected spaces in an inter-Asian bordersea

Recentering the Bay of Bengal. Connected spaces in an inter-Asian bordersea