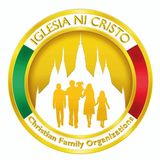 On July 27, 1914, the Philippines' first Executive Minister, Brother Felix Y. (Church of Christ). From Punta, Sta. Ana, Manila, the Church quickly spread throughout the Visayas and Mindanao islands. It had ecclesiastical districts in more than half of the country when Brother Felix Manalo died on April 12, 1963. The Iglesia Ni Cristo established its first two local congregations outside the Philippines in 1968, in Honolulu, Hawaii, and San Francisco, California, led by Executive Minister Brother Erao G. Manalo. Because of this, the Iglesia Ni Cristo spread across the West and eventually the globe.