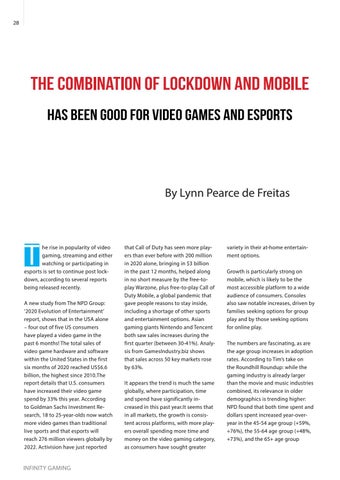 he rise in popularity of video gaming, streaming and either watching or participating in esports is set to continue post lockdown, according to several reports being released recently. A new study from The NPD Group: ‘2020 Evolution of Entertainment’ report, shows that in the USA alone – four out of five US consumers have played a video game in the past 6 months! The total sales of video game hardware and software within the United States in the first six months of 2020 reached US$6.6 billion, the highest since 2010.The report details that U.S. consumers have increased their video game spend by 33% this year. According to Goldman Sachs Investment Research, 18 to 25-year-olds now watch more video games than traditional live sports and that esports will reach 276 million viewers globally by 2022. Activision have just reported

that Call of Duty has seen more players than ever before with 200 million in 2020 alone, bringing in $3 billion in the past 12 months, helped along in no short measure by the free-toplay Warzone, plus free-to-play Call of Duty Mobile, a global pandemic that gave people reasons to stay inside, including a shortage of other sports and entertainment options. Asian gaming giants Nintendo and Tencent both saw sales increases during the first quarter (between 30-41%). Analysis from GamesIndustry.biz shows that sales across 50 key markets rose by 63%. It appears the trend is much the same globally, where participation, time and spend have significantly increased in this past year.It seems that in all markets, the growth is consistent across platforms, with more players overall spending more time and money on the video gaming category, as consumers have sought greater

variety in their at-home entertainment options. Growth is particularly strong on mobile, which is likely to be the most accessible platform to a wide audience of consumers. Consoles also saw notable increases, driven by families seeking options for group play and by those seeking options for online play. The numbers are fascinating, as are the age group increases in adoption rates. According to Tim’s take on the Roundhill Roundup: while the gaming industry is already larger than the movie and music industries combined, its relevance in older demographics is trending higher: NPD found that both time spent and dollars spent increased year-overyear in the 45-54 age group (+59%, +76%), the 55-64 age group (+48%, +73%), and the 65+ age group

The Magazine for the Online & Land based B2B Gambling Industry. 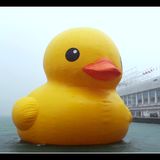