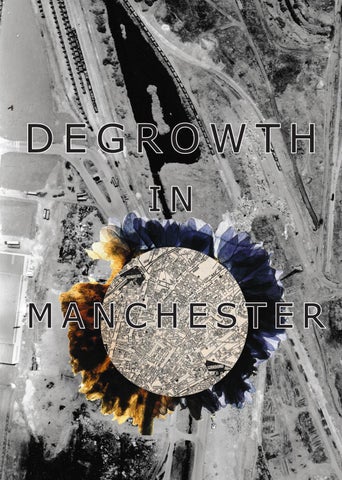 What is Degrowth? The word degrowth first appeared in 1972 after the Club of Rome published a critique of the effects of economic growth. However, it wasn’t until 2002 that ideas of de-growing the economy were first discussed, merging both environmental activists and development critics. Degrowth, as suggested by its name, quite literally means that the economy should not just halt its growth, but it should actually reverse growth, meaning degrowth by nature is anti-capitalist and challenges the use of GDP as an indicator of growth. This is predicated upon the idea and backed up by research that endless economic growth does not benefit either society or the natural world. The coronavirus outbreak has exposed economic flaws and vast inequalities in areas such as health, income and housing. This coupled with the issue of climate change which has seen the likes of Greta Thunberg, Extinction Rebellion and the School Strike 4 Climate group demand that drastic action is taken to reduce the threat that climate change will have on both society and the environment. Degrowth proposes a solution to these economic, political and environment debates in its mission to build a more democratic, just and egalitarian world. What started out as an idea has now developed into extensive research, books, podcasts and communities that challenge the dominant narrative of growth. The main aspects of degrowth Striving for a self-determined life in dignity for all An economy and society that sustains the natural basis of life A reduction of production and consumption in the Global North and liberation from the one-sized Western paradigm of development. An extension of demoractic decision making to allow for greater public participation Societal changes towards self-sufficiency in order to solve the ecological and climate crisis The creation of open and local economies

Economic and social aspects of degrowth Economic: What’s wrong with economic growth? The dominant understanding of economic growth is that it causes increasing prosperity to all. However, in recent years, growth has been accompanied by increasing inequality on both local and global scales. Similarly, even in countries with high material resources, levels of happiness and satisfaction have plateaued and even fallen in some places. What is often excluded from dominant narratives is that growth requires the exploitation of people, places and cultures. To sustain growth, it is necessary to make a profit, since it is this profit which is used to reinvest in more resources and grow the economy further. In order to produce profit, it is necessary to produce things cheaply. In the past this has been achieved through the exploitation and privatisation of land, colonialism, and both paid and unpaid work. Finite ecological resources are extracted without considering the consequences and disposed of as waste products, causing more harm. Myth busting Green growth: Green growth is often heralded as the saviour to the current climate crisis. Green growth is based on the idea that growth can continue without the negative environmental effects it currently causes. Quite literally, it claims that the exploitation of resources can be decoupled from economic growth. With more efficient and environmentally friendly production, growth can be sustained. Unfortunately, there is no empirical evidence to support that this could happen. Even if the economy did get better at being more efficient, the nature of growth is that more resources would still be produced. This is because the gains made from the efficiency would be invested in creating more things - since this is what a growing economy requires. Therefore, growth is incompatible with the finite ecological resources we have and thus ‘green growth’ is a myth. Degrowth vs Recession In a recession, the economy shrinks. This, however, is unplanned, and can cause mass unemployment and other social ills, as seen from the coronavirus pandemic. In contrast, degrowth is a democratically organised and equitable decrease of economic output by design.

What would degrowth actually mean for the economy? Degrowth would involve reconfiguring the economy around social objectives, while also restoring and maintaining ecological assets. It aims both for an economy that operates within, even enhances, ecological conditions, while also increasing social welfare and happiness. What would this actually mean? There is no firm set of degrowth policies because it would depend on the area where people live. For example, when economists talk about degrowth, they recognise that this wouldn’t necessarily apply to many countries in the Global South who would need to grow in order to achieve certain social objectives. Generally, however, degrowth would involve dematerialisation and decreasing the consumption of society, shifting value from money to care and community relationships. What are some economic policies of degrowth? • Reducing the working week • Finding ways to value care work and addressing the unpaid labour that happens in the home • Some sectors need to grow (such as renewable energy) while others need to shrink (fossil fuels) • Democratising economic decisions, to repoliticise how economic products are distributed and increase the social welfare from economic decisions • Work sharing • De-commodification of land, labour, value • Increased space for non-commercial transactions: the collaborative or solidarity economy Social aspects of degrowth Degrowth also aims to address the social problems we face in both local, and global society. A big part of these social problems comes down to inequality. Large scale global inequalities exist alongside more local inequalities covering access to welfare and public services, employment and debt. These are shaped by systems of domination and exclusion. As well as social inequality, there are other social problems such as the lack of trust, co-operative feeling, and hope in society, with insecurity and individual competition characterising 21st century life. Loneliness, mental health, and insecurity were the norm even before the coronavirus outbreak induced national lockdowns. Degrowth would address these problems by removing harmful economic practices and profit and directing attention towards social aims. Rather than centre life around capitalist growth and competition, solidarity and community would be recentered as key parts of everyday life and existence. In the coronavirus pandemic, mutual aid groups have fostered community spirit everywhere, showing the value and necessity of working together for survival and prosperity.

The Climate Crisis A big reason why degrowth is needed is because of the climate crisis that we are currently in. The 2015 UN Climate Change Conference (COP21) was heralded as a momentous success as nations pledged efforts to limit increases in temperature to 2°C above pre-industrial levels, with an aim for 1.5°C. However the lack of national contributions and urgency from countries has seen the projected temperature increase rise towards 3.5-4°C. A temperature increase of 3-4°C increase may not sound like a lot, but this rise in temperature will have catastrophic impacts for both people and the planet; food and crop yields will decrease, sea levels will rise and extreme weather events will become more frequent. These facts can be hard to comprehend for many living within the Global North, as it can appear that nothing has really changed for us. Climate change seems far off. However, devastation is already occurring and is a harsh everyday reality for many people in the Global South. Because of the disproportionate impact on black and brown bodies, climate justice is therefore tied up with racial justice. While instances of wildfires in the US and Australia and the recent flooding that inundated Manchester are evidence that no country is immune, it is important to remember that the climate crisis has already and is currently destroying many lives. It is not only going to affect ‘our grandchildren’ but is killing people now. Why degrowth is an effective solution against the climate crisis The awareness and threat of climate change can be very overwhelming, particularly when we think about our futures and imaginaries of what the future holds. But this is why degrowth is more important than ever, because it is a solution which has the potential to be the most effective against climatic changes. All indicators suggest that capitalism and its reliance on growth are damaging the environment as it is a system predicated upon excessive extraction, production and consumption. Therefore, by integrating a system that de-grows the economy, it is also simultaneously un-doing the system that has caused and continues to cause climate change. Even further, adopting a self-sustaining system will mean less reliance on fossil fuels and a greater rollout and usage of renewables, which will also ensure energy security and reduce the cost for the domestic consumer. A degrowth system also recognises the historical and present injustices that have led to an uneven environment. Countries of the Global North are primarily responsible for the historical and present emissions that cause climate change, and countries in the Global South are predominantly exposed to the physical (climatic and environmental) impacts of these emissions. These present injustices are also built from the back of colonial relations which created extraction landscapes in the Global South. Thus, degrowing the economy is a systemic adjustment to both counter and reflect the historical and present global injustices, and aims to foster a more equal society for both the environment and society.

What does degrowth mean in Manchester?

Reduce demand for food, energy and other resources. What can you do? Reduce waste and increase product life through re-using and recycling at clothes shops and charity shops Shorten supply chains buy buying food locally or at low waste shops Practice environmental stewardship. What can you do? Repair clothes and electrical equipment Grow your own food, either at your own home or join a community garden Support local community regeneration. What can you do? Join a community group, local campaign or initiative Take back democratic control over resources so that they can be run and distributed With social and ecological aims in mind, What can you do? Join Acorn’s campaign to take the busses back into local control Re-politicise and democratise economics and economic policy Read The Econocracy written by Manchester’s very own Post Crash Economics Society Switch to worker cooperatives or other forms of common or mutual ownership Consider switching your bank to the Co-op or supporting cooperative businesses Take a look at Steady State Manchester for information on degrowth in Manchester! Find at: steadystatemanchester.net Also look out for the Degrowth Conference hosted by the University of Manchester happening on the 5th-8th July 2021. You can find more information at: www.isee-esee-degrowth2021.net

Extra resources on degrowth Books Degrowth. The Economy: Key Ideas - Giorgos Kallis Less is More. How Degrowth will save the world - Jason Hickle The Case for Degrowth - Giorgos Kallis, Susan Paulson, Giacomo D’Alisa and Federico Demaria Exploring Degrowth - Vincent Leigey and Anitra Nelson Degrowth: A vocabulary for a new era - Giacomo D’Alisa, Federico Demaria and Giorgos Kallis Youtube Videos New Economies: How Degrowth Will Save the World with Joson Hickel Degrowth mixed with a basic income has revolutionary potential Vincent Liegey - Degrowth - Decolonising our imagination Podcasts Circular Metabolism Podcast - The Case for Degrowth with Giorgos Kallis Keen On - How Degrowth Will Save the World with Jason Hickel You’ve Been Warned - Degrowth and the European Green New Deal with Riccardo Mastini Toyen Podcast Village - Degrowth and Ecological Economics with Tone Smith Documentaries This Changes Everything - Naomi Klein Documentary Fairytales of Growth 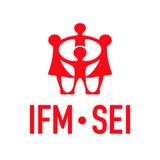