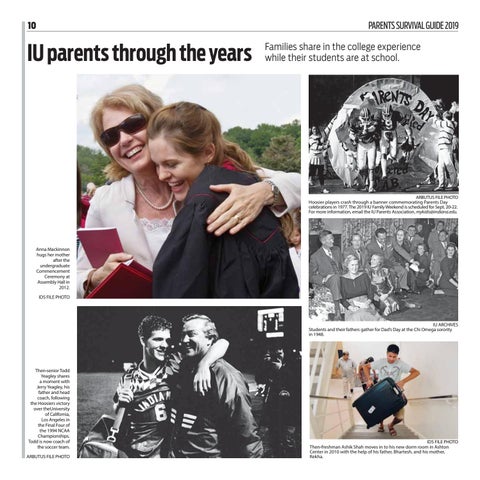 IU parents through the years

Families share in the college experience while their students are at school.

IU ARCHIVES Students and their fathers gather for Dadâ&amp;#x20AC;&amp;#x2122;s Day at the Chi Omega sorority in 1948.

Then-senior Todd Yeagley shares a moment with Jerry Yeagley, his father and head coach, following the Hoosiers victory over theUniversity of California, Los Angeles in the Final Four of the 1994 NCAA Championships. Todd is now coach of the soccer team. ARBUTUS FILE PHOTO

IDS FILE PHOTO Then-freshman Ashik Shah moves in to his new dorm room in Ashton Center in 2010 with the help of his father, Bhartesh, and his mother, Rekha. 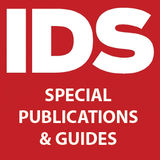