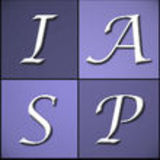 Established in Vienna in 1960, by the late Professor Erwin Ringel, IASP is the key Non-Government Organisation (NGO) in official relations with the World Health Organisation (WHO) in addressing suicide. It has membership from over 50 countries and has brought global attention to the unacceptable loss of approximately 1 million people who die world-wide by suicide each year. The IASP also holds World Suicide Prevention Day annually in over 50 countries throughout the world on September 10th.