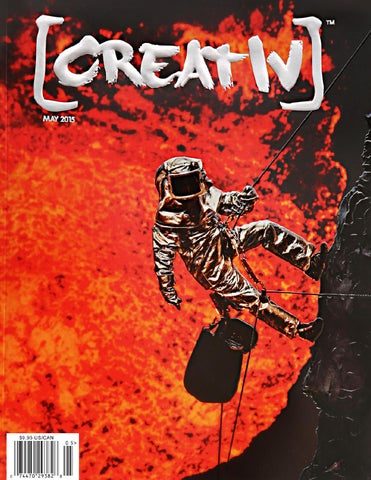 SAM COSSMAN Page 68 Explorer and filmmaker Sam Cossman rappels Marum crater on the volcanic island of Ambrym, located along the Ring of Fire in the Vanuatu Archipelago. Phantom drones fitted with GoPro cameras captured Cossmanâ&amp;#x20AC;&amp;#x2122;s daring quest to stand triumphantly at the edge of the lava lake inside one of the worldâ&amp;#x20AC;&amp;#x2122;s most active volcanoes.

NICK ONKEN Page 54 Photographer and entrepreneur Nick Onken captured “Neko Bay on a Bluebird Day” during his 10day Antarctica expedition this year. When he’s not traveling the world or raising funds to build a school with Pencils of Promise, Onken hosts the SHOPTALKradio podcast focused on “the synergy of art, commerce, and inspiration” in the life of creative entrepreneurs.

ALEXANDER SEMENOV Page 38 Aquanaut Alexander Semenov captured this bioluminescent jellyfish emerging from the dark reaches of the sea. Through his explorations, Semenov captivates audiences from around the world by sharing photographs that introduce exotic sea life.

ERIK JOHANSSON Page 58 What is plausible versus possible? Erik Johansson explores new ideas in the game of plausibility through color, contrast, and depth to essentially erase the borders between two images and capture impossible photography.

KIEL JOHNSON Page 62 Artist and craftsman Kiel Johnson’s hand-built wooden printing press is complete with a 100-foot drawing woven through the rollers that is “essentially… everything I own” – depicting his clothes, his car, even his art tools.

Conjuring that fairytale feeling, Lara Zankoul’s luminous heroine in “Light” wears an ethereal gown while basking in the sunlight of an otherwise bare room. Zankoul’s photography is full of imagery pulling on the power of illumination and color to evoke emotions.

WHAT IS HUMANITY’S POTENTIAL? WHAT ARE WE TRULY CAPABLE OF? HOW CREATIVE ARE WE? Humanity’s potential can be linked directly to human potential that is, the potential of every person. But what brings forth that potential is even more vital to understand. That essence that separates thought from reality and idea to manifestation is creativity. Believe it or not, “creativity” didn’t exist until the 19th century. Well, the word didn’t, anyway. Even when the word became commonplace in society, it seemed doomed to be labeled and put into a box from the start. Conversationally, “creativity” tended to describe the quality of being artsy or artistic. There were as many viewpoints on the premise of creativity as there were on the subjects of politics and philosophy. Creativity has been afflicted with misunderstanding throughout the last several hundred years, because the words we use don’t often truly describe its manifestations. Even the word “creativity” has been fogged from its true definition of “the use of imagination.” But what is imagination? Science grapples with quantifying it, yet a child

knows it innately. Great performances, works of art, and explorations across the age spectrum speak to the realization of its potential. Many of the great epics, legends, and myths have revolved around human potential and its relationship to the world around us. In our era, it seems we are increasingly inclined to understand the merit of a lifelong commitment to embracing imagination, creativity, and curiosity.

way we can understand what it means to be creative is to tell the stories of people who are using their imaginations and curiosity to manifest solutions, inspiration, and wonder. When the story is told from idea to actualization, we can finally celebrate human potential and all the words used to describe it. Creativity comes in all forms and shapes. CREATIV was founded to empower, encourage, and provide a platform for people to share their Curiosity drives imagination, creativity, embrace their curiosity, and imagination sparks creativity, expand their imaginations. We believe and creativity manifests solutions, a world full of wonder will empower inspiration, and wonder. humanity to come together and solve Creativity is the realization of old problems in new ways. human potential. The future belongs to the creative. Curiosity is given to all of us as children. It’s up to each of us to keep it. Imagination is a more evasive element. It seems some people are driven to share it in spades, while others resist embracing its possibilities. The manifestations of creativity change the world. Labeling anything as creative or disruptive is meaningless without its full story told. The only

30 ERIC JAMES FROM MAGIC TO MAVERICK 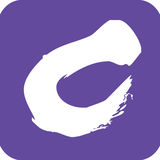