commonly known as “Applejack,” is once again making a name for itself as a popular American drink. Here in the Hudson Valley, where it boasts a rich and generations-long tradition, this natural and potent by-product of orchard fruit farming was once revered as “cider brandy,” “apple whiskey,” or just plain “apple.” For nearly two centuries it was renowned as the beverage of choice throughout New York State.

While many argue that applejack distillation began in Sussex County, New Jersey, it quickly spread into New York through the Hudson Valley. The “great applejack-producing belt” ran between the Hudson River on the east and the Delaware River on the west. Applejack production centered around Orange County, but its reach extended to Westchester, Rockland, Sullivan, Ulster, Dutchess, Columbia and Greene counties.

Since Adam and Eve, the apple has been closely identified with man’s existence. Its health and medicinal qualities were so highly considered that wherever colonization occurred, the apple was sure to follow. Around the globe, it was often the first tree fruit planted and cultivated in any newly acquired territory.

Well into the 19th century, primitive applejack distilleries could be found on almost every hillside within the apple belt. Local farmers became the principal distillers, turning the end product into an important and desirable commodity in the Hudson Valley. Apple cider and distilled apple brandy were considered common offshoots of orchard farming, and as popular as farm-fresh apple pie, applesauce, apple cobblers, and apple preserves.

During the early Colonial Era in America, apple seeds from Europe were planted extensively, and almost every farm in the New World soon had its own apple orchard. After a harvest, surplus apples were pressed into cider, which was plentiful and cheap. Early settlers quickly came to favor cider and cider brandy, or “applejack,” which was traditionally made by allowing “hard,” or fermented, apple cider to freeze outside during the winter months. The layers of ice were removed and the liquid allowed to re-freeze—sometimes three or four more times—to concentrate the alcohol. The word “applejack” itself is said to have been derived from the term “jacking,” an early term for freeze distillation. The resulting unfrozen liquid, however, was a crude and powerful drink, whose effect, it’s been noted, was like “a crack on the head with a hammer.” In the decades before the American Revolution, colonists brought cider presses and simple stills with them to the New World. By heating fermented cider in a large, air-tight copper kettle, with its accompanying “worm” or distilling coil immersed in cold water, a farmer was able to isolate and vaporize (distill) the alcohol from the fermented fruit back into its liquid form. These simple pot stills varied in capacity ranging from 100 to 3,000 gallons, and were used to produce all sorts of “brandy” – the generic name for distillates made from fermented fruit, rather than from grain (i.e., whiskey).

In the rural communities they drank little else. Despite its potency, Hudson Valley settlers quaffed it at weddings, funerals, church raisings, and public events. Even children were given watered down, sweetened and spiced hard cider or “apple,” at night. The reputation of this fiery spirit spread to the big cities, where it was regarded as a safe beverage free from adulteration, and considered the only “stimulant” truly fit to drink. It prolonged life, built up the system, and prevented disease. For proof, one only needed to point to the hearty old farmers who professed to have imbibed applejack for 60 or 70 years, and who—at 80—were as vigorous as men half their age. The spirit was so popular, that if a man asked for “apple” or “whiskey” at a Hudson Valley establishment, the proprietor set out applejack. Rye or bourbon had to be requested as such. Every store and nearly every farmhouse sold “apple&quot; and a farmer’s hospitality was measured by how quickly he produced the applejack jug, and the cheerfulness with which he replenished it. Prices for applejack straight from the still (a colorless liquid as clear as water) started at fifty cents a gallon. But it was said that only a bold man with an iron stomach could voluntarily drink the strong spirit

The go-to guide for all things apple in NY's Hudson Valley and Capital Region. Read profiles of top hard cider and spirits producers, learn about cider styles, the Hudson Valley's infamous obsession with applejack, and plan your trip using the map and directory. 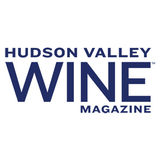