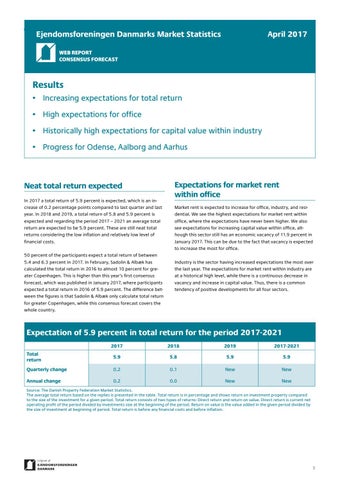 Source: The Danish Property Federation Market Statistics. The average total return based on the replies is presented in the table. Total return is in percentage and shows return on investment property compared to the size of the investment for a given period. Total return consists of two types of returns: Direct return and return on value. Direct return is current net operating profit of the period divided by investments size at the beginning of the period. Return on value is the value added in the given period divided by the size of investment at beginning of period. Total return is before any financial costs and before inflation.