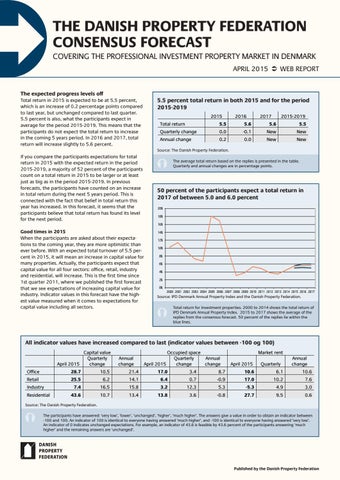 The expected progress levels off

47 market players participated in this forecast. 40 percent of the participants are property owners. Furthermore, 23 percent are commercial brokers, 11 percent are banks/mortgage providers, and 26 percent are other players.

The expected progress levels off