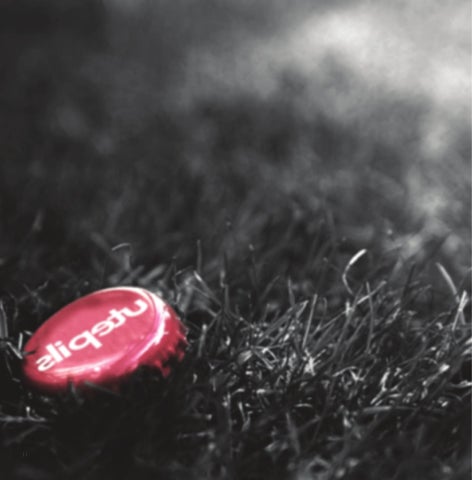 This collection of discoveries by STUDIO続 led to the formulation of urban strategies that reenergize the market in the heart of Stavanger, Norway. The current conditions of the marketplace allow for many opportunities to create a greater sense of place through the definition of the edges and the linking of lost or untapped connections within the surrounding urban context. From the first three weeks of research, we were able to determine these opportunities and formulate strategies. The following four weeks were spent implementing these strategies and articulating the three elements that would help fulfill the opportunities. These elements do not stand for results we found, but rather the questions we asked. We discovered that we were never seeking the right answers, but rather, the right questions.

Multiplicity is a harmonious entity defined as 1+1 = 3. Found in the summation of systems and their lateral sub systems, when two seemingly different elements combine to produce a synergy between them that activates a waiting environment. It is this â&#x20AC;&#x153;in-betweenâ&#x20AC;? that holds all of the opportunities. The whole then becomes greater than the sum of its parts. 4

Light is both a particle and a wave, but how do the parts and the whole become visible together? The variables of design should be present in every scale from urban formation to architectural details. When exploring an environment the one gives insight to the others. The culmination of its smallest elements should reinforce the whole. 5

PHIDA Through an exploration of coexisting systems and their inherent relationships, permeability, harmony, imagination, diversity, and adaptability are the concepts that PHIDA emerges from. By implementing new design into the complex series of existing systems that define Stavanger, PHIDA principles are used as a means to appropriate value and rational to the decisions made.

Experiential permeability is important in creating an environment of openness both visually and mentally. Humans react positively to environments where there is clarity in ideas because it creates comfort. By allowing the free movement of ideas, knowledge, and creativity, the environment is enriched by the increased flow of ideas.

Imagination allows for the people in an environment to connect with in a way that fosters creative thoughts. It allows for a tolerance and implementation of possibilities It also creates an interaction between the human and the environment

Diversity within an environment allows for a multitude of interactions between the people and the systems. It creates a variety of choices that enriches the experience by forming a framework that allows for change and adaptability.

The theatre of everyday life is the scaffold or backdrop to which everyday activity is involved with by observation (passively) or participation (actively). The realm of the observer and the realm of the participant aren’t necessarily defined, rather implied or vague. Within the context of the studio’s solution, the ‘theatre of everyday life’ is manifested as a stage. In this resolution the role of observer and participant are explicit.

The edge is the border or surface of continuity in the urban fabric. It terminates space, providing containment and definition; itâ&#x20AC;&#x2122;s surface directs views and energy flows and provides enclosure. The role of the edge is to complete an existing urban fabric. The edge condition actively creates place; which we perceive of as streets, plazas, or courtyards. It separates the public and private domains. In this definition of space and activity is the understanding of role and identity. 9

Node is knot of energy. A place or group of places that acts as a point of exchange in flows of the urban floor. The size of the node can be a concentrated point of systems, or a larger district of flow interchanges. Usually, nodes are systematically diverse, creating a social and/or dynamic place. 11

The urban floor is an occupiable, undulating plane that allow for the navigation through various strata. This includes and connects spaces within or between buildings, streets, sidewalks, floors, stairs, ramps, or anything else that interacts with flows of the public realm. 12

In reinforcing the metaphor of the urban fabric, the stitch serves to fasten or join multiple strata. Manifested architecturally stitches are circulation points, primarily vertically, and are commonly stairs or ramps. Their role is not to intrude, rather, to seamlessly mend multiple strata and to direct the passage of energy flows. 13

Urban Acupuncture Traditional acupuncture is used as Chinese medication in order to correct imbalances in the flow of qi. Placing a needle in one point of the body will help balance out the flow of energy in another part of the body. Urban acupuncture uses this methodology for balancing and regulating flows of urban spaces. In relation to PHIDA, this response provides a sustainable infrastructure for Stavanger. It choreographs space and the human response to create unimaginable new developments and interactions that encourage a healthy economic and creative growth for the region. The idea is that individual architectural projects become needles in a large connected web we call the â&#x20AC;&#x153;urban floorâ&#x20AC;?. When these interventions are placed together correctly, they create meaningful relationships in the city of Stavanger.

heritage and innovation, as well as it represents connectivity at a global scale

The urban floor serves as the fabric that connects the public realm of Stavanger. As a result, the cityâ&#x20AC;&#x2122;s urban flow is reconfigured to connect the primary nodes of activity around the market. The focus was to engage an underground strata so as to not interrupt the existing environment of Stavanger. This solution produced a diversity of opportunities between various vertical dimensions. As it serves as the framework for the campanile and the cultural armature, the urban floor establishes a unity between the three elements. The flow of energy is directed through the underground by creating a connection between the lake and the harbor which channels water through the subterranean realm. Water is used as a primary â&#x20AC;&#x2DC;sensory magnetâ&#x20AC;&#x2122; that guides people into the space while light is used to pull people back to a higher strata. Represented by light, balance is established by connecting vertical stitches through the various strata.

The dilemma of the Stavanger square is its lack of definition and containment. The square, Latin school, park and parade street seep in to one boundless and undefined space. These spaces are deficient in containment and identity. The solution was to insert a piece in to the existing context that would reinforce edge, permeability, and activity and provide stitches from the urban floor to street level. The notion of the cultural armature was manifested after investigating the issues of the urban context. We began with an awareness of history, culture, politics, and economic ambition. We knew that we wanted to be sensitive to tradition while facilitating and anticipating the future. In doing word investigation we defined culture as : qualities and concerns of a specific region or locale- and- style, art, vernacular, customs and traditions as they relate to a civilization. We then defined armature as; a scaffold or canvas by which a work of art can be created. In adding the two the result is; a scaffold or canvas by which culture can be facilitated.

The Campanile, or as we have come to call it, The Urban Compass, serves many functions at various scales and engages the various strata of the city. It serves as a navigation device and a needle that releases the energy of the urban flow in service of the idea of urban acupuncture. Its thirty-six meter above ground height establishes its presence as a navigation device within the city, and creates a triangulation with other tall structures in the city; the observation tower that was created guard against city fires and the spire of the cathedral that is an icon of the city. The structure of the campanile brings to mind the structure of an oil rig. This is a common sight of the coast of Norway, and a structure strongly identified with the culture and economy of Norway, especially Stavanger, â&#x20AC;&#x2DC;The Oil Capital of Europeâ&#x20AC;&#x2122;. The primary connection with the strata of the city happens at the point where the tower engages the Urban Floor. The soaring height of the tower guides the populous to its point through an innovative combination of structure, sustainability, and experience. During good weather the cladding of the upper levels of the campanile fold out to allow a different type of experience; an engaging though somewhat dangerous architecture. The Structural Connections

View from the Bay

Stavanger was more than an urban revitalization project. We were just students coming from the small world of architecture that were suddenly transported thousands of miles of away into the fjords of Norway, completely mystified and unaware of the real, complex issues that were slowly being uncovered in understanding the urban domain of a relatively small part of the grand living environment. It wasn’t about the architecture as it was about the people performing within the various systems and subsystems of the city. Yet, in recognition of this, the resolution that was created by the studio was a physical manifestation of the possible opportunities that would create better economies, livelihoods, and public interaction at the scale of the city and beyond. This collaborative effort amongst the various backgrounds, opinions, and general dispositions of the students was an indication of something more. As we started to experience our own “in-between” scenario of how to translate our opinions on improving the urban character of Stavanger to each other, there became the question of how to deal with the” in-between” scenarios of the studio’s proposal to the world; because even though we believe in the viable promise of this proposed urban architecture, the same level of understanding must be exuded from those that we are promising it to. So, we ask ourselves as students moving on from third year in the school of architecture, how can we seek and manipulate the multiplicities that seem to be evident in all scenarios of life and apply that to future projects in school and even beyond as we try to uncover the patterns that so subtly escapes our consciousness and bring it forth to our fellow peers, professionals, and ultimately the public?

I could do this in sketchup in like 20 minutes.

You would think we were studying architecture this semester, but I’m pretty sure it’s been everything else.

You can find me studying Utepils.

Sorry, I was at work.

Stay confused, get angry, and fight for your right to party.

“You look at where you where you’re going and where you are and it never makes sense, but then you look back at where you’ve been and a pattern seems to emerge” - Robert M. Pirsig

“A house is a machine for living in” - Le Corbusier

I want to live healthy and have fun.

The best thing since tubed meat.

Two main things: What is the bigger story to be told? How can that story be understood?

“’It was the best of times, it was the worst of times’ - A Tale of Two Cities” - Halima

It was like learning a new language, a completely new vocabulary. There are still so many more words to learn.

This semester was overflowing with fresh ideas and ways of thinking. I will continue seeking the opportunities for years to come. 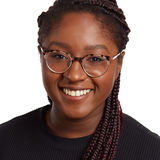 Stavanger, Norway A collective of the works of Studio Norheim Spring 2014.

Stavanger, Norway A collective of the works of Studio Norheim Spring 2014.